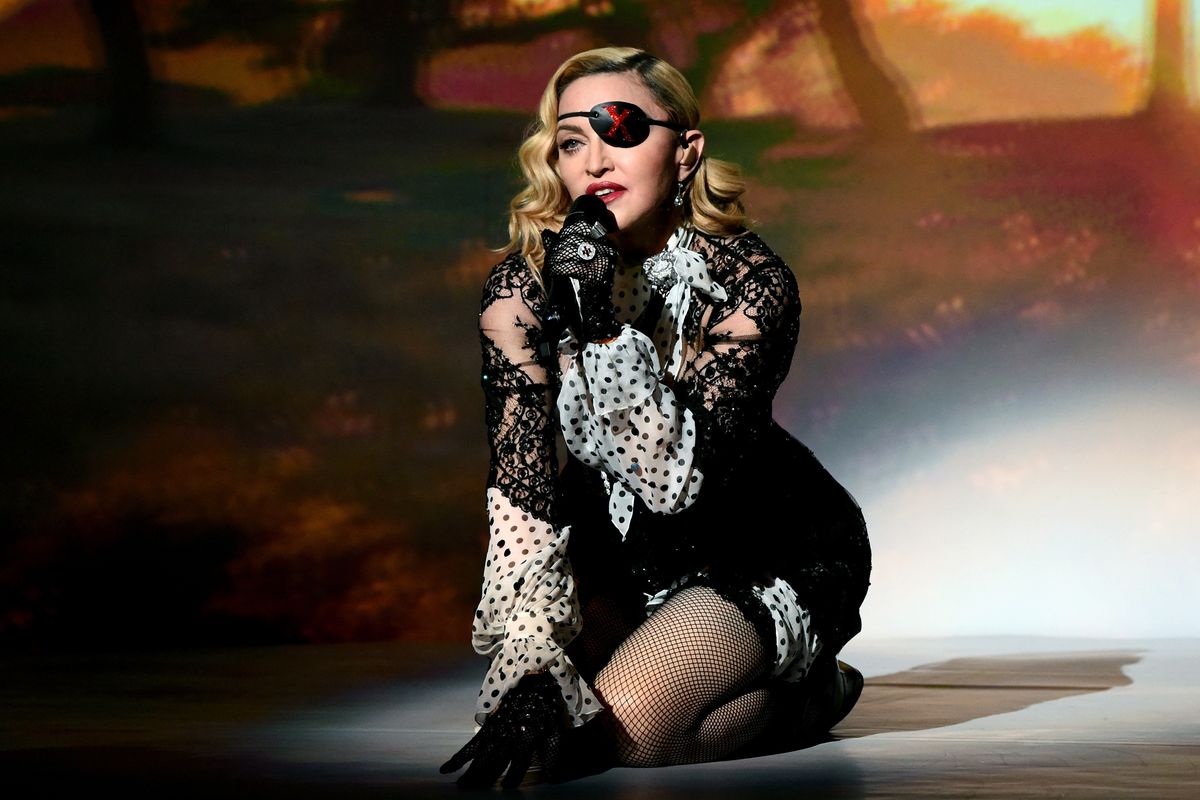 Parkland survivor and gun control advocate Emma González has spoken out against Madonna's provocative new "God Control" music video, criticizing its inclusion of triggering footage on the anniversary of the Pulse nightclub shootings. The activist called the promotional clip "fucked up" and "horrible."

So I’ve been ruminating on this thread for the past few days, make sure I get the words right. Madonna’s new vid… https://t.co/RGppHyww3x
— Emma González (@Emma González)1561827939.0

"God Control," in keeping with a general theme on Madame X, is heavily critical of gun violence — a speech by Emma González is actually sampled in the album's closing track, "I Rise." The song's video, directed by Jonas Åkerlund and featuring RuPaul's Drag Race star Monét X Change, visualizes a devastating mass shooting in a glitzy, 70s-style nightclub. It begins with the message: "It's happening everyday. And it has to stop."

While Madonna's and González clearly agree on America's gun problem, González doesn't think "God Control" conveys its message in a constructive way. "This is NOT the correct way to talk about gun violence, unlike how many fans have been exclaiming—people who have been working in the GVP community know how to talk about gun violence, not most celebrities," she tweeted. "She should have sent out a message warning what her new video contained, ESPECIALLY to the Pulse Victims, ESPECIALLY as it was released Just After the Anniversary on June 12th."

She should have sent out a message warning what her new video contained, ESPECIALLY to the Pulse Victims, ESPECIALL… https://t.co/4vTgAD4hzz
— Emma González (@Emma González)1561827939.0

If you want to support the gun violence prevention movement, donate to the places who need it, in this case the One… https://t.co/GvGplJO4Do
— Emma González (@Emma González)1561827940.0

To be fair, "God Control"'s introduction card does warn viewers about "very disturbing graphic scenes of gun violence," and the YouTube caption links out to a number of gun control charities. But there's no doubt it's way more violent and triggering than your typical MV.