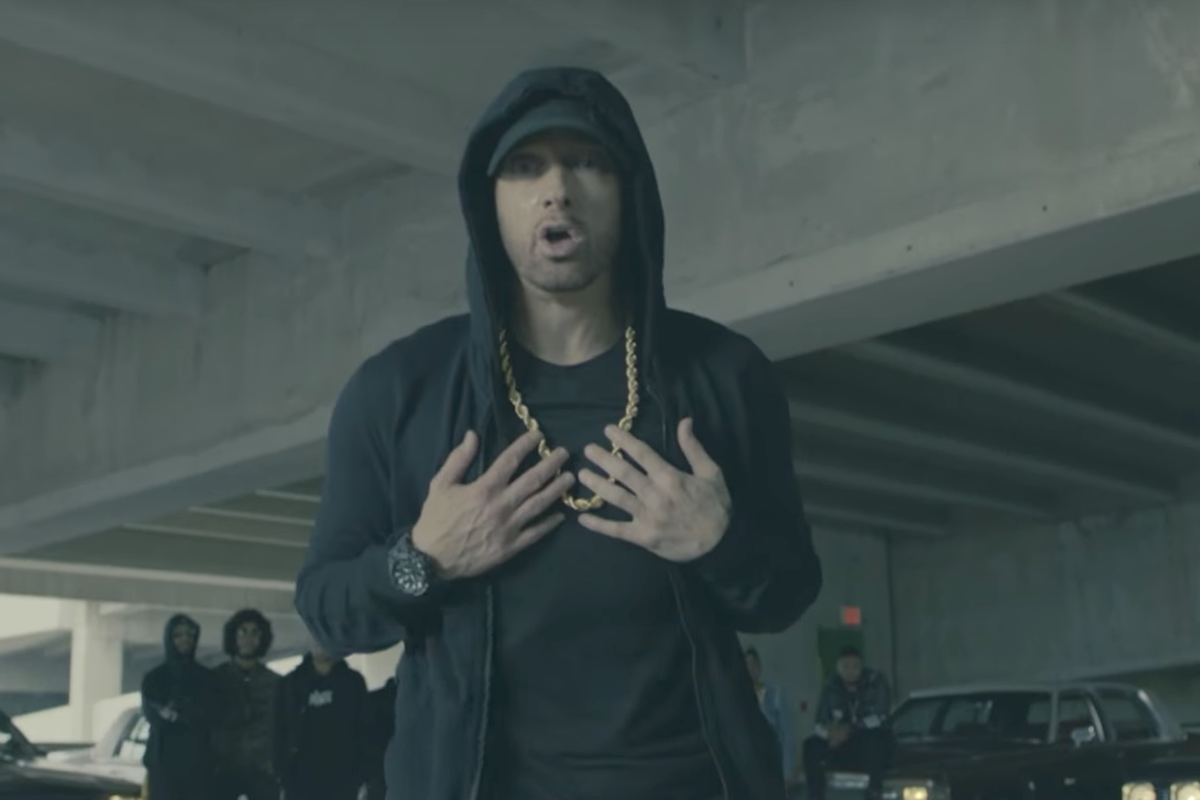 Eminem's Trump-Bashing BET Awards Freestyle Was Everything We Needed

If there was anyone more effective to take down the orange flubber inhabiting the White House, it's expert social commenter, objective genius and one of the greatest rappers to exist, Eminem, and at last night's BET Hip Hop Awards, that's exactly what he did.

In a solo cypher for the event, Eminem absolutely decimated Trump, labeling his actions "deplorable." He referenced rising racial tensions, his failure to condemn white supremacy, his dismissal of released prisoners because they were "captured." The rapper even adopted a Southern accent to talk Trump's wall between Mexico and America.

He also discussed Trump's questionable priorities (frequent Mar-A-Lago trips), as well as his recent Twitter wars, which he declared a means of distraction from Trump's lack of action in response to tragedies like Puerto Rico and Las Vegas.

"When he attacks the NFL so we focus on that / Instead of talking about Puerto Rico or gun reform for Nevada / All these horrible tragedies and he's bored and he / Would rather cause a Twitter storm at the Packers." In a few bars, accurately summarizing all of our collective frustrations regarding the past two weeks.

"Ball up a fist," Eminem continued, "and keep that shit balled."