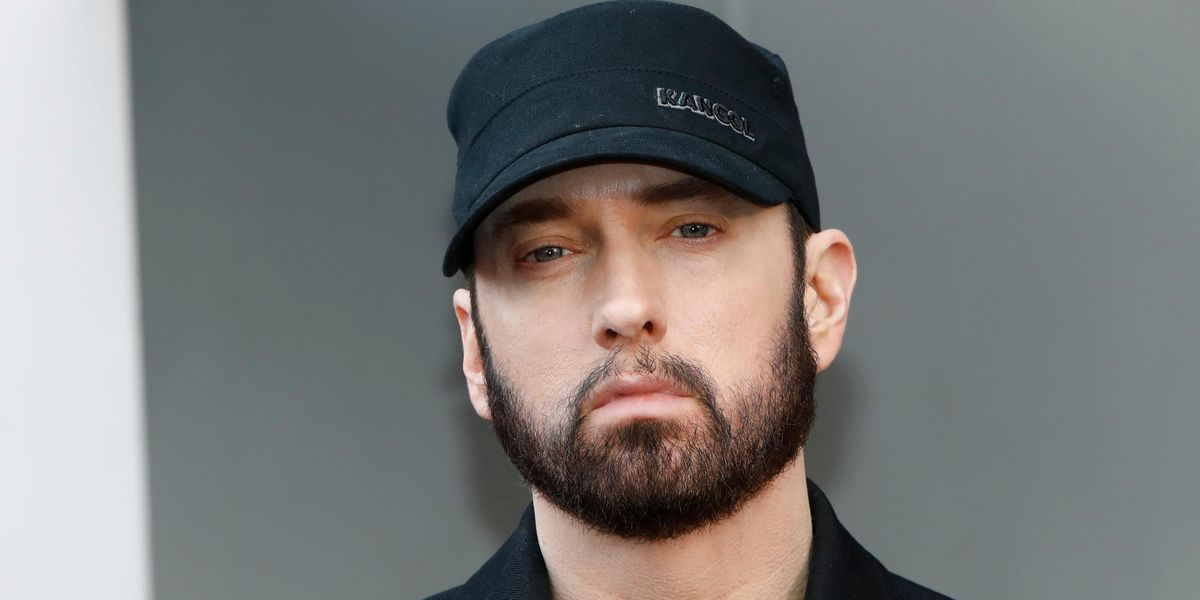 A lot of young TikTok users have been on a social media crusade to cancel Eminem because of his controversial lyrics. And now, the rapper has responded by dropping a new track, "Tone Deaf."

The Grammy and Oscar award-winning rapper has been a trending topic over the past month, and another point of contention for Gen Z and millennials. Back in February, a young TikTok user drew attention to "Love the Way You Lie" — a chart-topping 2010 hit featuring Rihanna — and claimed that it glorified abusive relationships. And naturally, Eminem fans who were born came to his defense.

Now, Eminem's speaking up for himself with a new song. He posted a preview on Twitter, quoting his lyrics saying, "I won't stop even when my hair turns grey (I'm tone-deaf) / 'Cause they won't stop until they cancel me."

And the rapper also didn't shy away from any more controversy, and went in hard with the rest of the song, with lines like "And get offline, quit whinin', this is just a rhyme, bitch/ But ask me, will I stick to my guns like adhesive tape?/ Does Bill Cosby sedate once he treats the cheesecake and the decent steak?/ You think gettin' rid of me's a piece of cake?/ I'm harder than findin' Harvey Weinstein a date (Haha)."

The last time Eminem drew backlash for his work was when a 7-second snippet of an unreleased song titled "Things Get Worse" was leaked on Reddit. He apologized in December to Rihanna for seeming to side with her ex Chris Brown. And in January last year, he also caused an uproar after mentioning Ariana Grande and the 2017 Manchester bombing tragedy in his song "Unaccommodating."