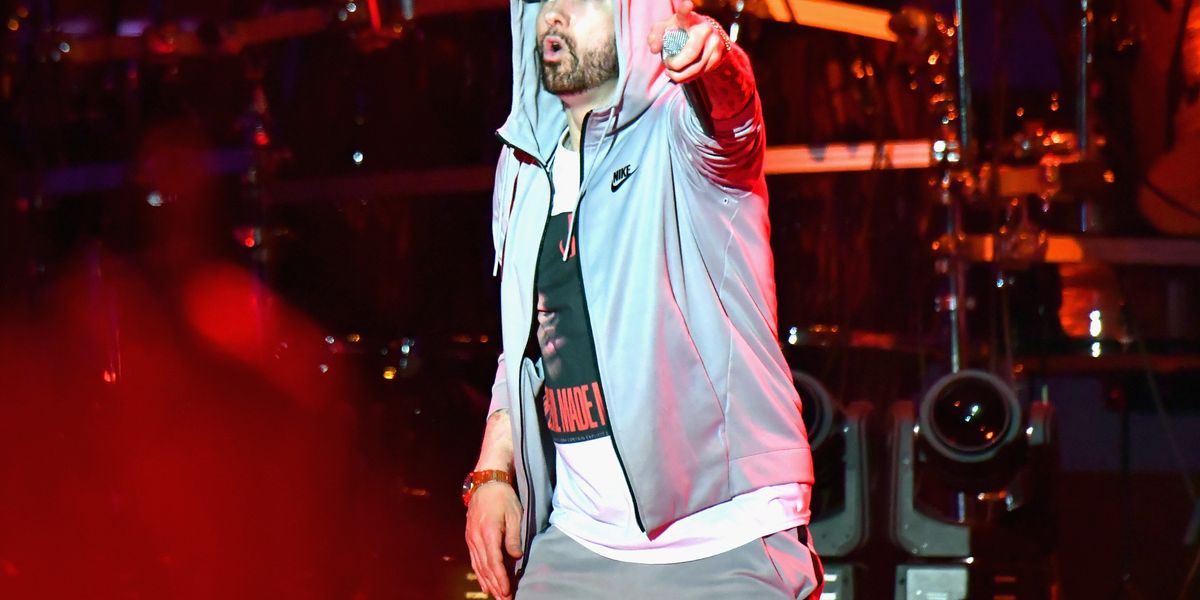 Last week, Eminem received a lot of negative attention due to the realistic gunshot-like sound he used at the Bonnaroo Music and Arts Festival in Manchester, Tennessee. Many members of the crowd were caught off guard, screamed, and ducked at the end of his performance of "Kill You." Concerned friends and family, as well as other critics sounded off online, calling out the rapper for his insensitivity—especially since this brought back horrible memories of the mass shooting at the Route 91 country music festival in Las Vegas.

Now, the rapper has finally responded in a form of a message preceding his performance at the Firefly music festival. A photo on his manager Paul Rosenberg's Instagram shows the words, signed Eminem, flashed over the giant screen on stage, "If you are easily frightened by loud noises or offended by explicit lyrics you shouldn't be here."

The rapper clearly gives no fucks about his critics, and insisted on using the same sound effect during his performance at Firefly.

After all the backlash from last week's performance, Rosenberg also took to Instagram a day after to clear things up, saying, "Contrary to inaccurate reports, @Eminem does not use gunshot sound effects during his live show. The effect used by Eminem in his set at @bonnaroo was a pyrotechnic concussion which creates a loud boom. He has used this effect — as have hundreds other artists — in his live show for over 10 years, including previous US festival dates in 2018 without complaint."