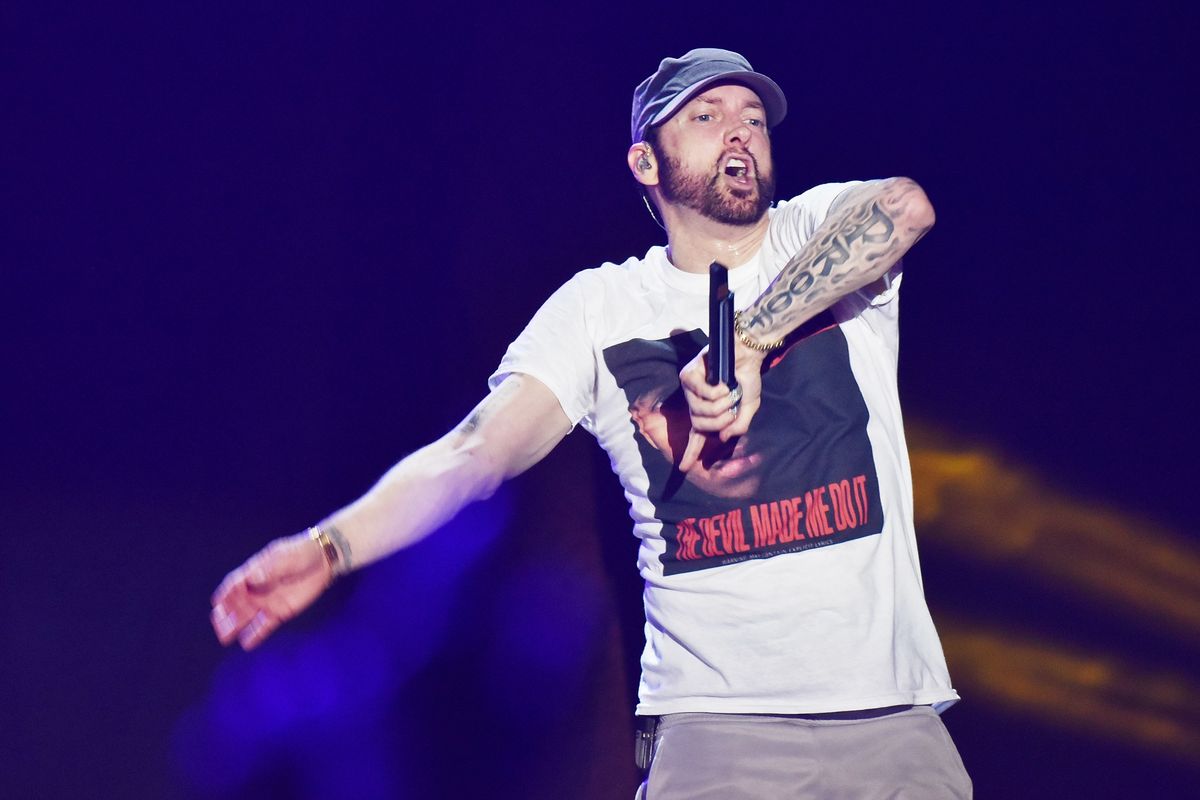 Eminem dropped a surprise project today to follow up his 2018 record Kamikaze, and it's already making headlines for all the wrong reasons. The abrasive 20-track album, titled Music to Be Murdered By, is already rubbing the internet wrong way — starting with its the first full-length song, "Unaccommodating."

The song features rapper Young M.A., whose 2016 breakout hit "Ooouuu" topped the Billboard charts, and features a bass-heavy instrumental and long verses. It also contains two lines where Eminem makes a callous pass about the Manchester Arena bombing of an Ariana Grande concert in 2017.

"But I'm contemplating yelling 'Bombs away' on the game/ Like I'm outside of an Ariana Grande concert waiting," he raps prior to the first chorus. The comment appears to make light of a tragedy that ultimately took the lives of 23 people.

Fans of Grande, and members of the general public as a whole, are rallying to denounce the lyrics and the song as ignorant of the physical and emotional trauma victims experienced as a result of the attack. Eminem has yet to make a statement concerning the outrage, but the surprise rollout of his latest album is certainly not off to a very good start.