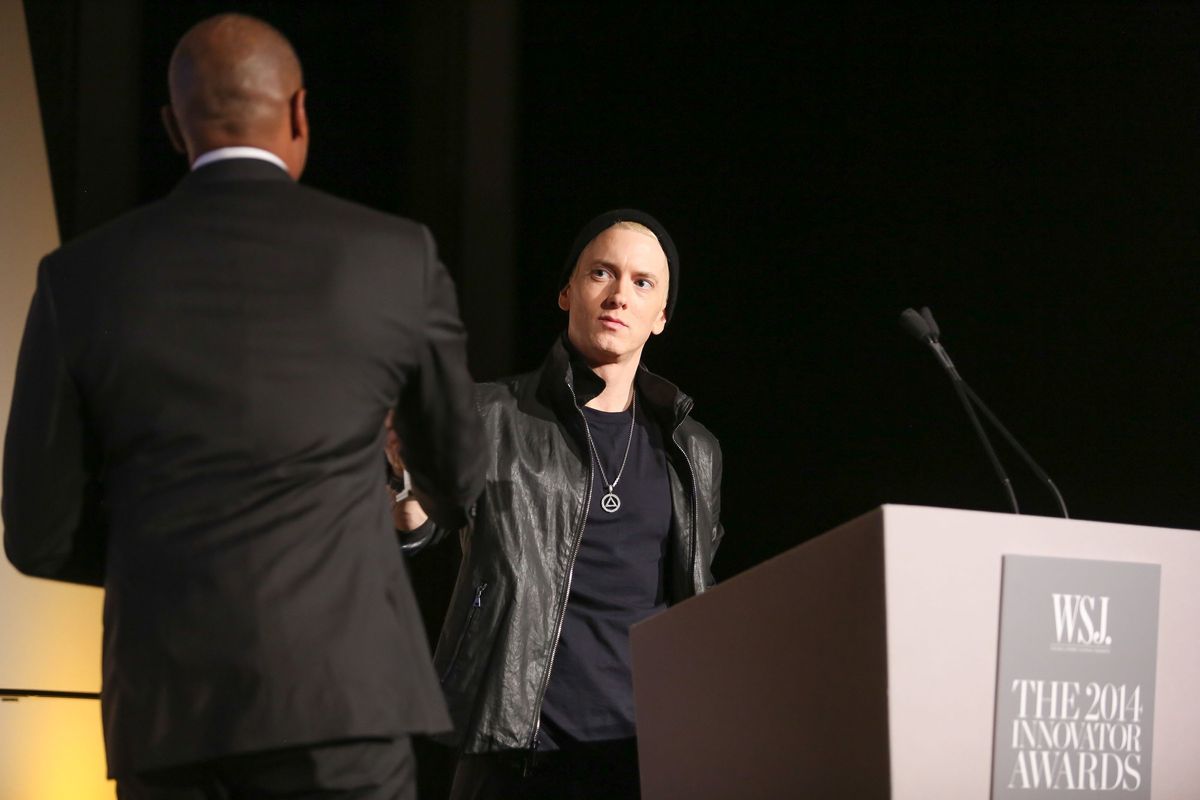 Today is a huge day for Internet Culture, as we're apparently getting official, Eminem-sanctioned "Mom's Spaghetti" swag and, to be honest, we're kind of confused as to why they're not already all sold out.


That's right, according to a post on Eminem's official Facebook page, the rapper has teamed up with Unfortunate Portrait to press a bunch of "Mom's Spaghetti" tees. A reference on the "His palms are sweaty, knees weak, arms are heavy. There's vomit on his sweater already, mom's spaghetti " line from Em's 2002 hit "Lose Yourself," this particular expansion on the "Mom's Spaghetti" meme has a long and storied history on Internet forums, Soundcloud remixes and Tumblr blogs alike -- so it's about time senpai noticed.