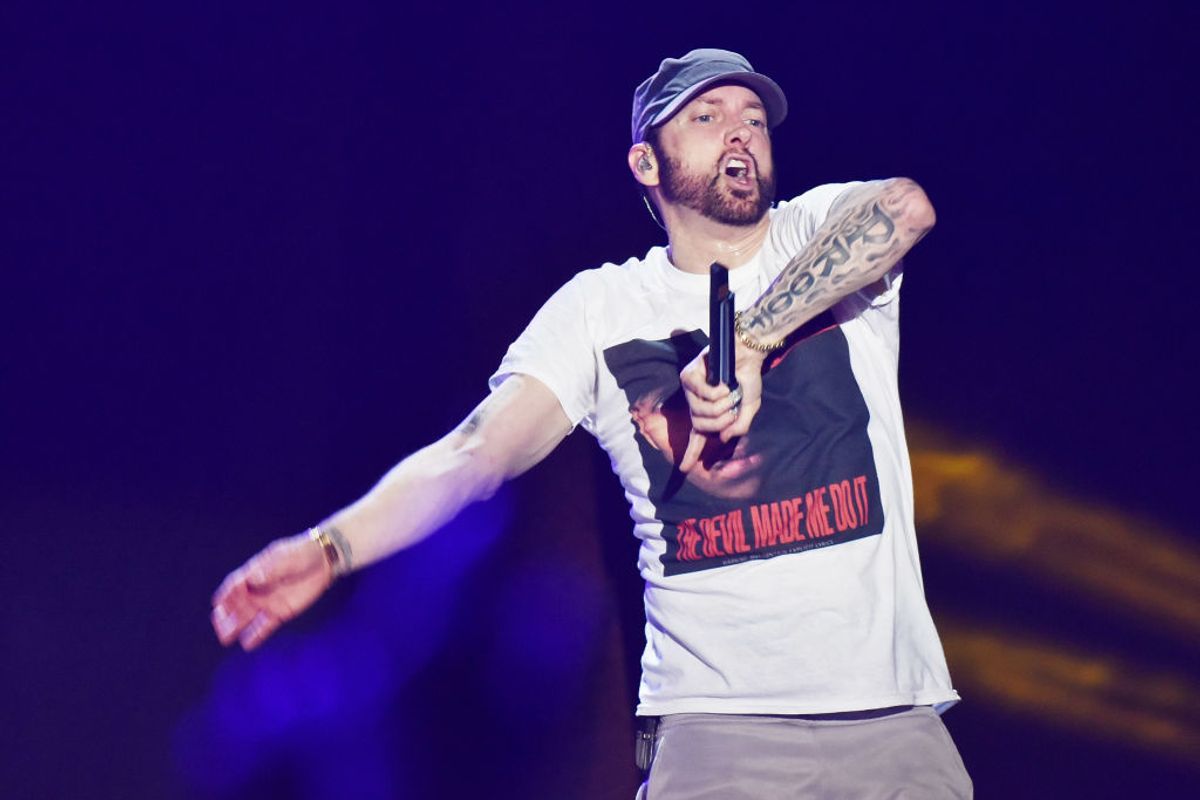 On Thursday night, Eminem casually announced the arrival of his new album, Kamikaze, via Twitter. He posted pics of the album cover and track list, with the caption "Tried not 2 overthink this 1," followed by a middle finger emoji. This album is the rapper's follow-up to 2017's Revival.

Tried not 2 overthink this 1... enjoy. 🖕#KAMIKAZE Out Now - https://t.co/ANw73KbwMt pic.twitter.com/qfQoTYBTUy

Eminem worked on the project with Dr. Dre, who executive produced. He also collaborated with artists Joyner Lucas, Royce Da 5'9" and Jessie Reyez. The thirteen songs includes "Paul," wherein his manager Paul Rosenberg makes a cameo. The track is literally a recording of Rosenberg leaving a message for Eminem, saying he just heard the new album and asking the rapper if he's "really just going to reply to everybody who you don't like what they have to say about you or the stuff you're working on?" As the album cover suggests, this album is a big "FU-2" for Eminem's critics and haters.

You also hear Eminem's reply to Rosenberg in "Em Calls Paul." "Venom," which will be featured in the upcoming Marvel film Venom, is also part of the album.

Venom is set to premiere in theaters nationwide on October 5th. Kamikaze is now available to stream on Spotify, Tidal, and Apple Music.