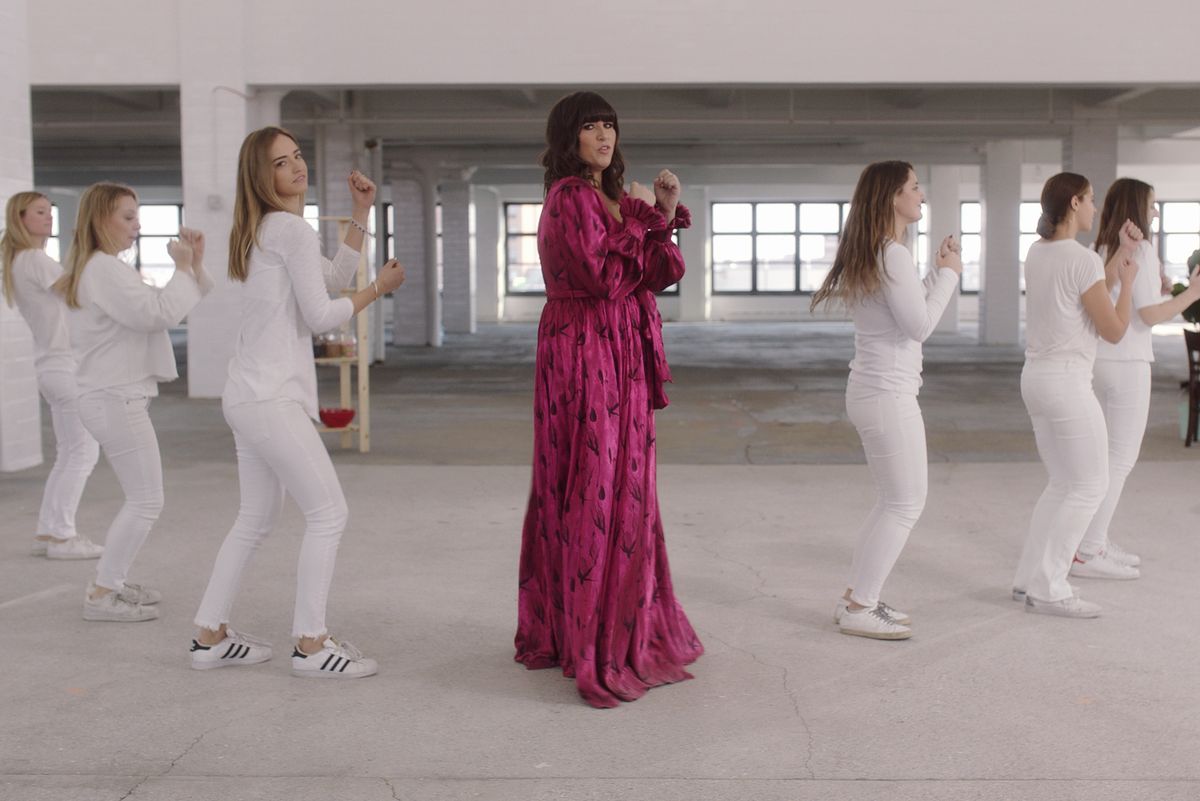 Emily Warren Strikes Out On Her Own in 'Poking Holes' Video

At 25, Grammy-winner Emily Warren has already written music for some of the biggest names in pop music, including Dua Lipa, Charli XCX, The Chainsmokers, Shawn Mendes, Sean Paul and Noah Cyrus.

She's known for her ability to masterfully craft light-hearted, straight up pop songs that still contain a story within the lyrics, including Lipa's song-of-the-summer "New Rules" and Charli's infectious bop "Boys." "Sometimes songwriting, especially for pop, is viewed as a factory or an assembly line process, and I have to challenge that," Warren has said.

Now, the artist is striking out on her own following a North American tour with The Chainsmokers. Her first solo album is due out later this year, and "Poking Holes" is the third single off that project.

"The intention with this video was to match the metaphor in the song; small, probing issues, which might not seem like much when they're singled out, add up over time," Warren said.

Watch the PAPER premiere of Emily Warren's "Poking Holes," below.