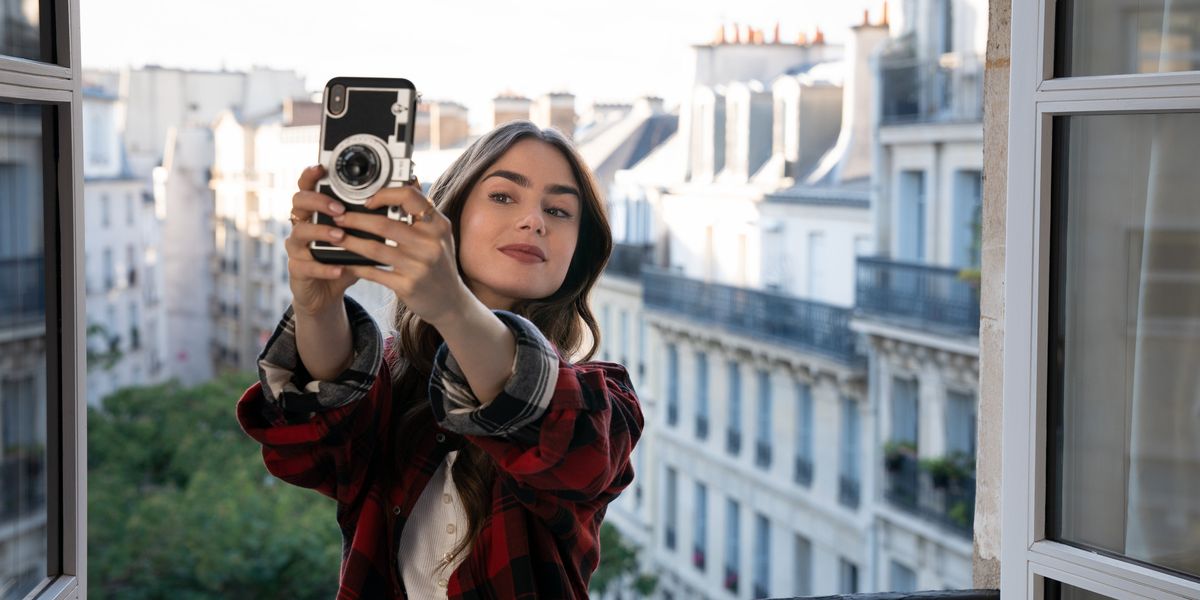 Let's be honest, we've all been thinking it, but it turns out that nagging suspicion you might have had that Emily in Paris somehow bought their unlikely Golden Globe nomination might actually be the reality.

According to a new report by the Los Angeles Times, more than 30 members of the Hollywood Foreign Press Association, the voting body that decides the Golden Globes, were flown to France to visit the set of Emily in Paris and put up for two nights in the five-star Peninsula Paris Hotel where even the most basic room starts at $1,400 a night. The HFPA members were then wined and dined at the private Musée des Arts Forains where they were treated to amusement rides that dated back to 1850, all on Paramount Network's dime.

The news seems to confirm what many already assumed about Emily in Paris' controversial nomination, that it wasn't earned, with one HFPA member even going so far as to say "that show doesn't belong on any best of 2020 list." The show's nomination over Michaela Coel's critically acclaimed I May Destroy You sparked a significant amount of public backlash with even the writer of Emily in Paris, Deborah Copaken, putting out an op-ed expressing her rage at the show's snub.

Of course the Emily in Paris team had to bribe the Golden Globes for our nomination. What did you think we got nomi… https://t.co/FmPtRmGfaG
— abby govindan (@abby govindan)1614045562.0

"Emily in Paris aired a few months after I'd spent June and July marching for racial justice through the streets of New York with my kids," Copaken writes. "I could definitely see how a show about a white American selling luxury whiteness, in a pre-pandemic Paris scrubbed free of its vibrant African and Muslim communities, might rankle."

But much like the actual show, Emily in Paris isn't doing anything new here either. This type of thinly veiled bribery has been a notorious open secret in the industry for quite some time and been a frequent pain point for the awards show that seems to perennially prove just how out of touch they are. An antitrust lawsuit that was leveled against the organization that alleged its members take in thousands of dollars in fees from studios, networks and celebs looking to curry favor but was ultimately dismissed by a judge last year.

"It's an example of why many of us say we need change," one HFPA member told the LA Times. "If we continue to do this, we invite criticism and derision."

Anyway, Netflix has already renewed Emily in Paris for a second season so guess we'll see you back here same time, same place next year.