The doorbell rings, and before I can get the door, Emilia Fart has already let herself in. Sporting her signature robe (this one's emerald green with a cluster of silver brooches adorning the front), neck scarf and feather boa beneath a faux fur jacket, Emilia skips the standard Montreal double-cheek kiss and greets me with a hug. A fitting entrance for this Canadian YouTube star whose loyal following has been built upon a simple yet seemingly impossible concept for many of us: giving yourself permission to take up space. 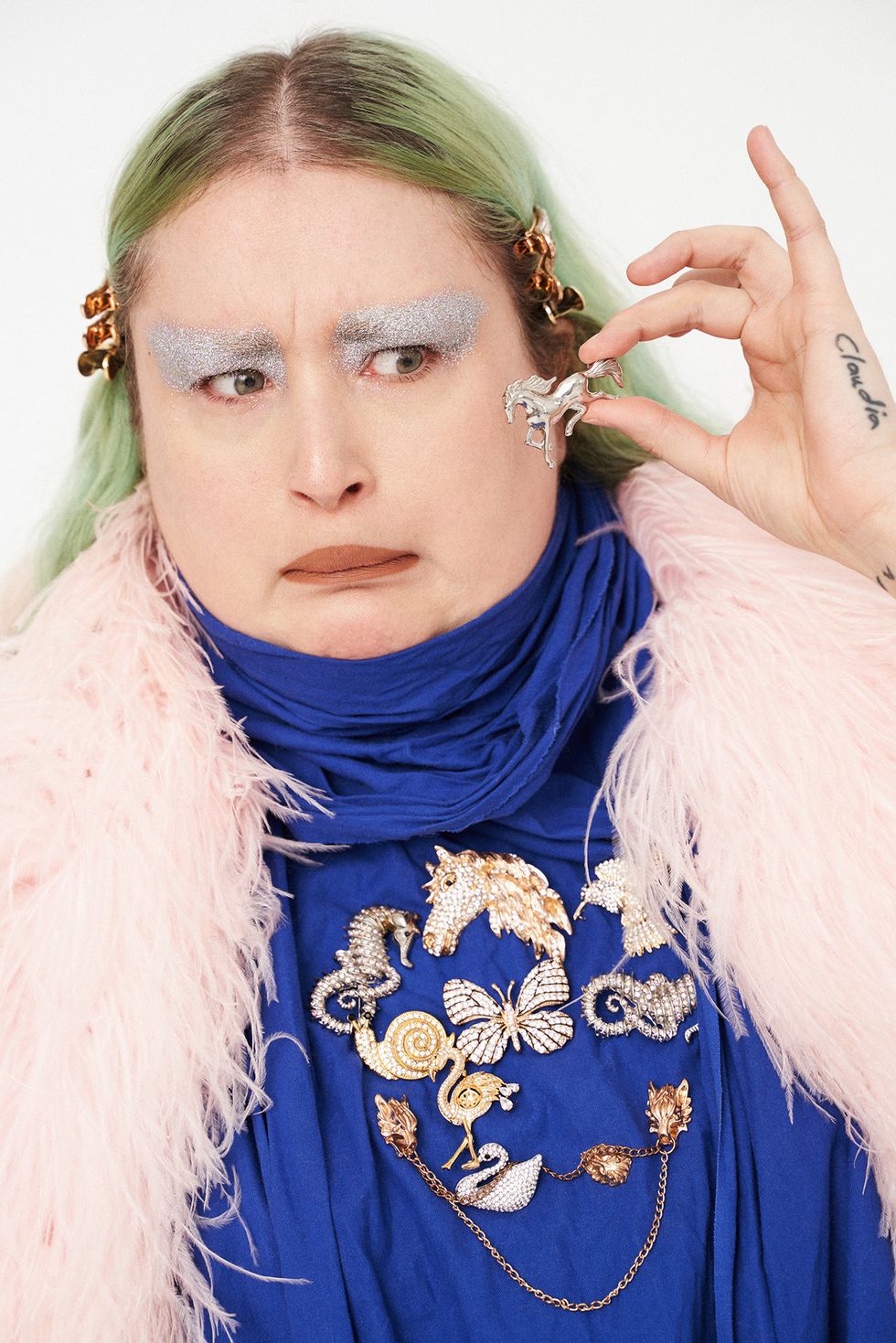 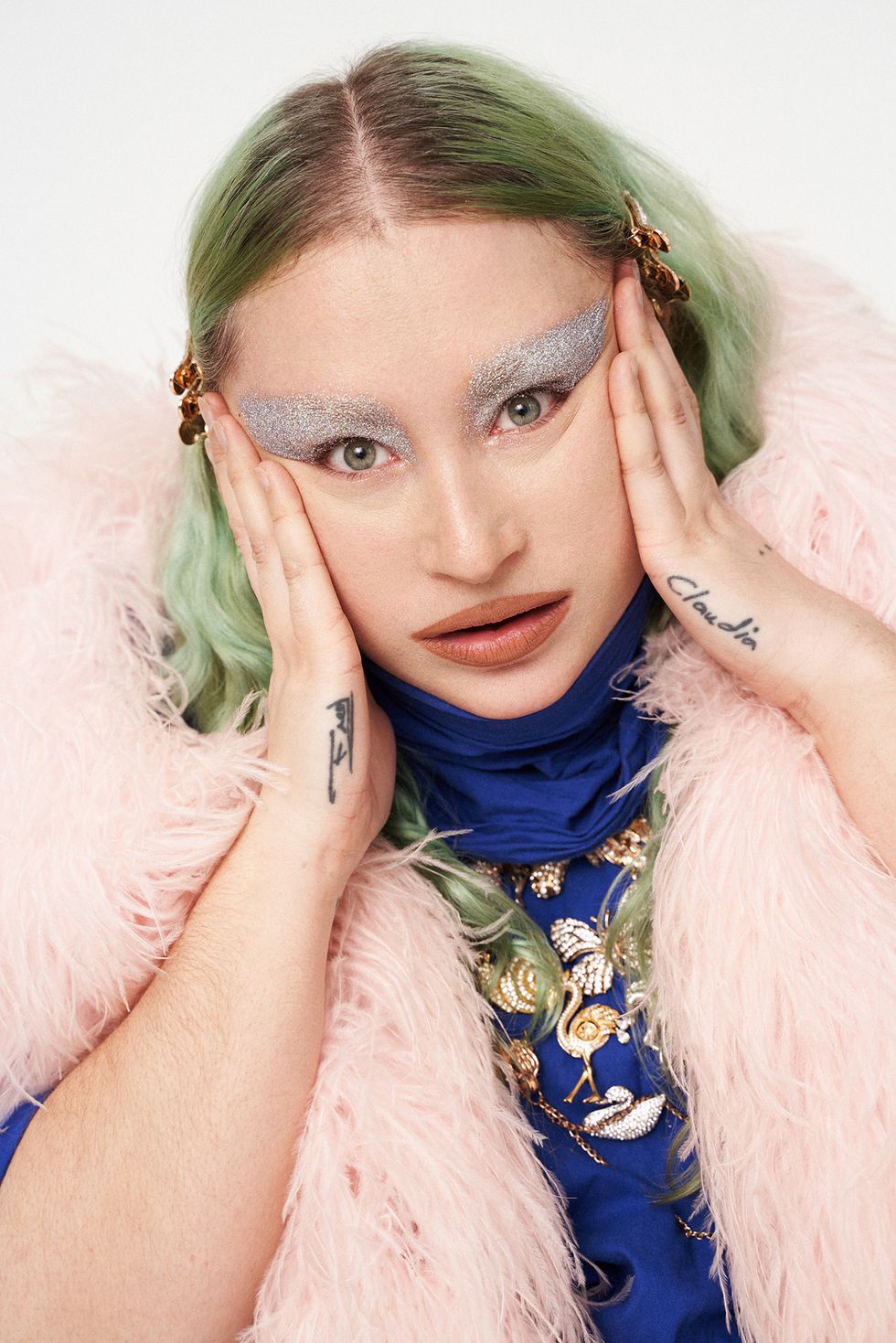 Emilia's videos include uncomfortably honest confessionals about the often-hidden realities of existing daily with depression, anxiety and insecurity. Moreover, much of Emilia Fart's intrigue could be attributed to her almost compulsive willingness to process her emotions exactly how we're not supposed to — publicly — as displayed in the unabashed spectacle of vlogs such as "Going to America to have a breakdown," in which she dupes an unsuspecting friend into filming her twerking, sprawling, wandering and eating pizza around various public spaces in Vermont. No matter the setting, Emilia's videos frequently involve three common themes: food, fear and feelings. Oh, and her bathtub.

"This has always been inside me."

Whether staged in her bedroom or at the grocery store, Emilia's videos are guaranteed to be both cringe-inducingly audacious and strikingly vulnerable. In a medium where even the realest reality is heavily curated, these qualities — along with her unapologetically anti-fashion aesthetic — lead many viewers to assume she's simply playing a character. But Emilia Fart's videos are not the zany adventures of a fictional character. Rather, they are the candid, messy realities of a 29-year-old queer girl from Oakville, Ontario. 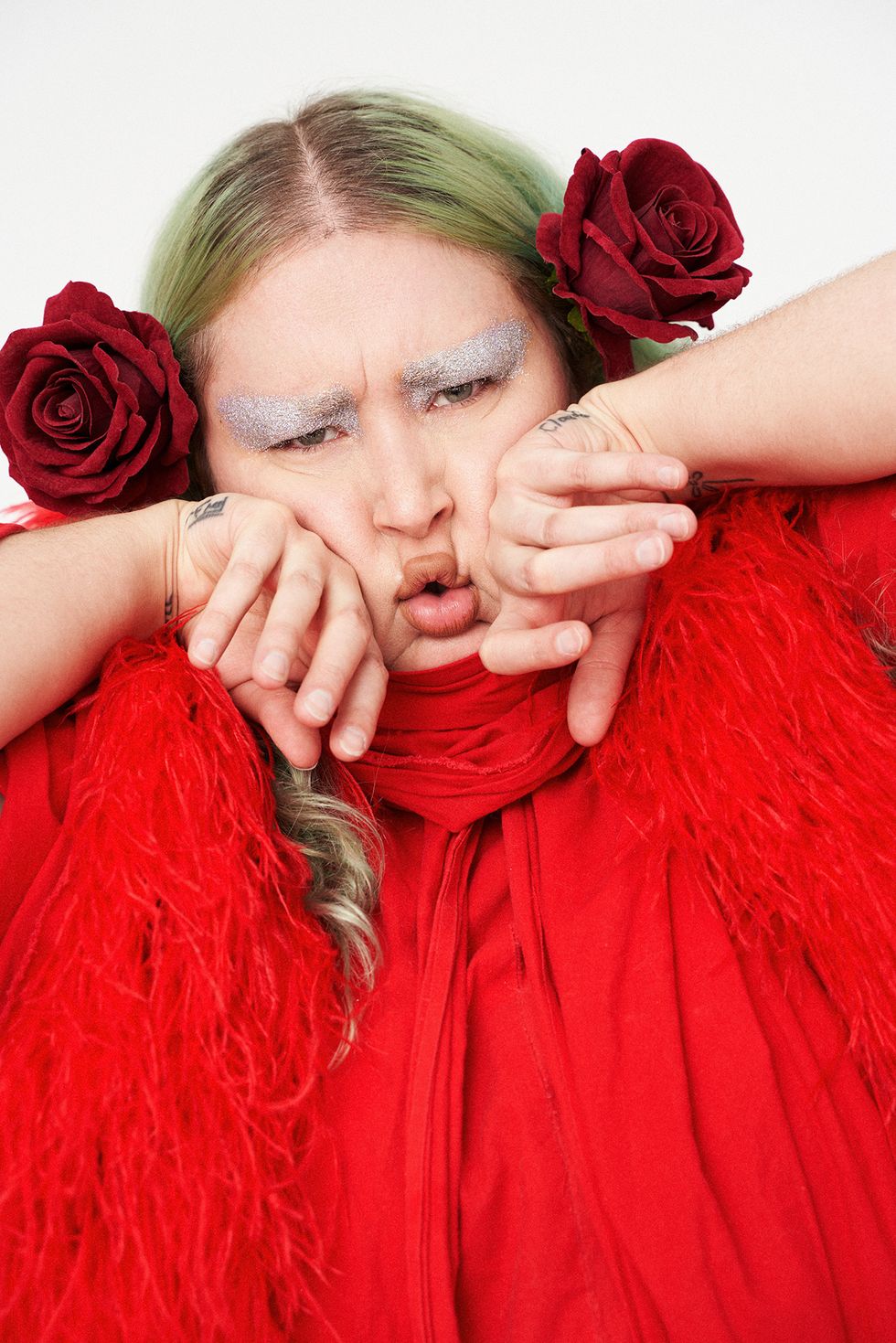 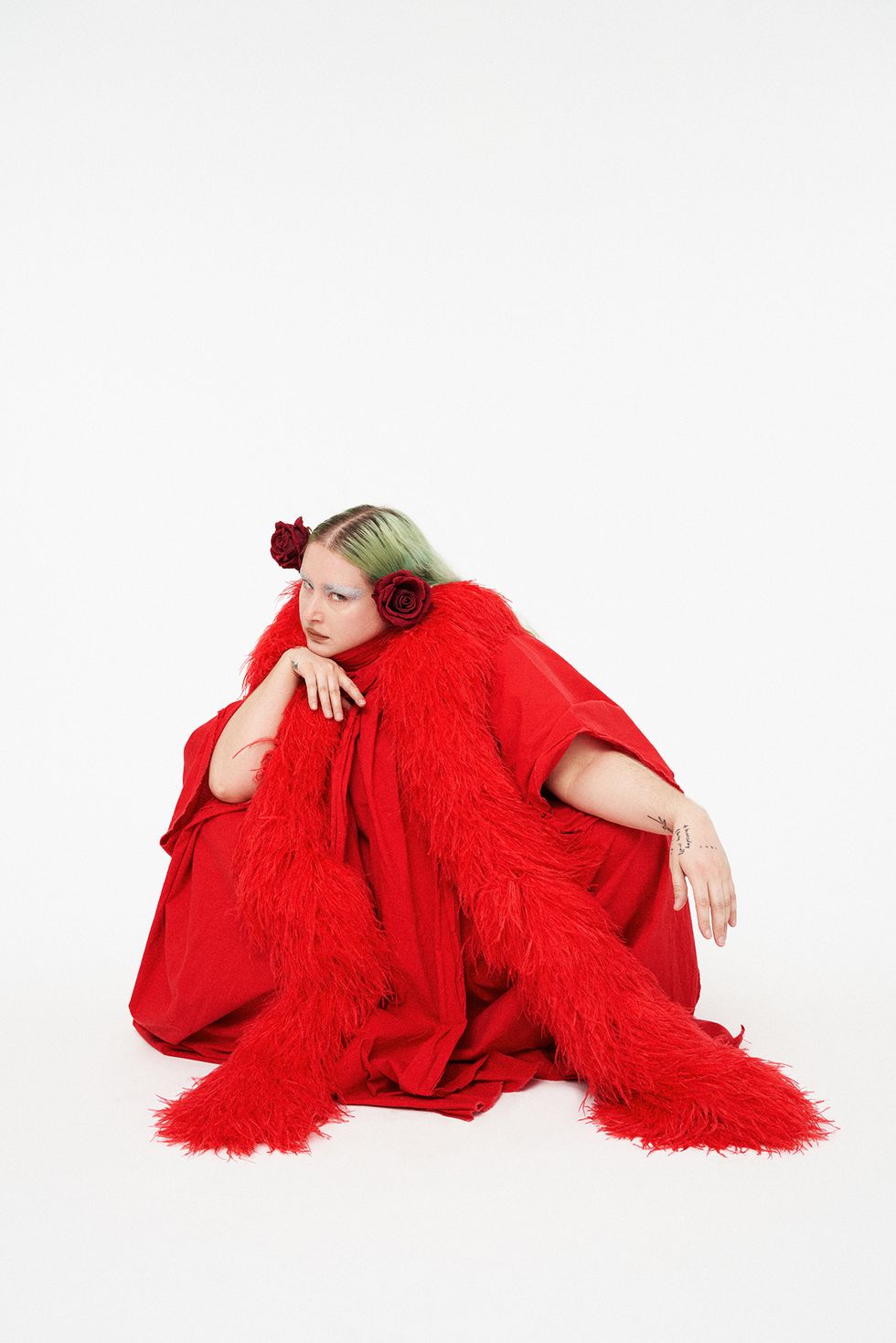 "I can understand why people would think me being hyper in videos is a character. It's not," explains Emilia. "My clothes, that actually annoys me more," she adds, referring to the commonly held belief that what she chooses to wear on camera isn't what she wears in her everyday life.

Much of Emilia's content revolves around themes of her own body image and personal style (her video "Why I dress like an obese, deranged Judge Judy" has garnered over 1.5 million views), and with good reason: Her flamboyant, personalized uniform isn't the outer layer of a contrived persona; it's an homage to doing what makes you feel good. 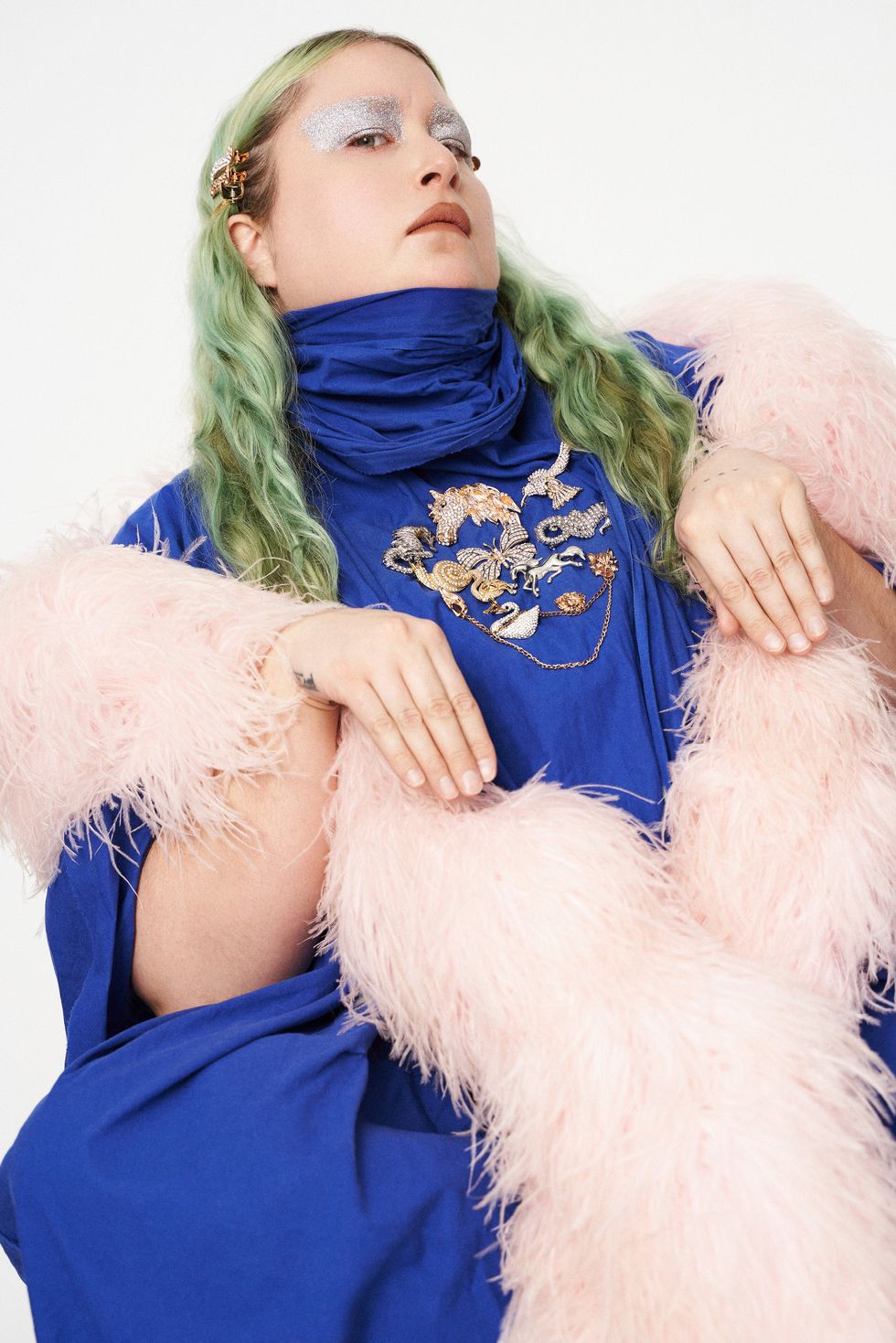 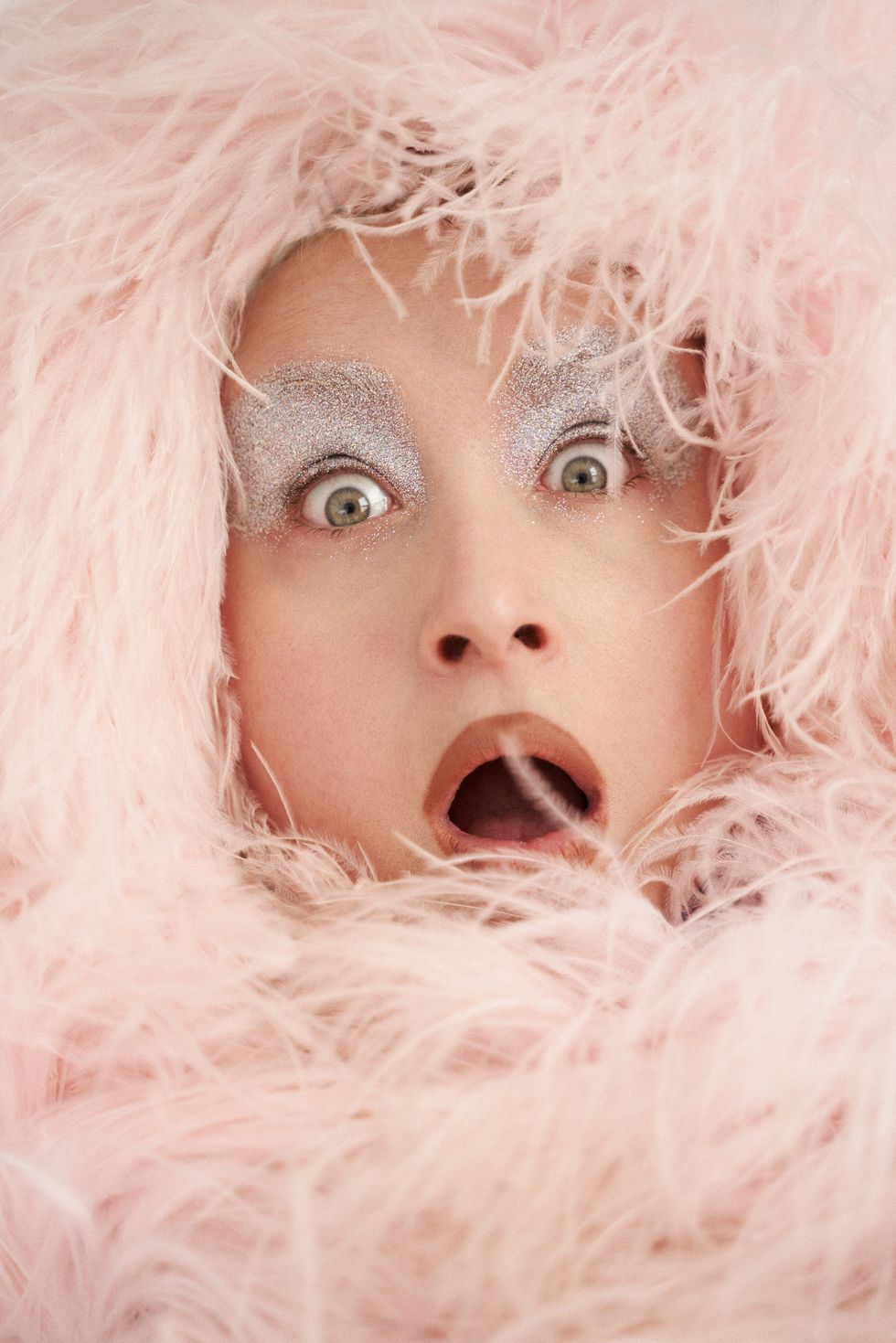 Emilia's most popular video, "Showing what I looked like when I was normal," is a darkly funny and painfully relatable chronological documentation of her style evolution. She paints the picture of a young girl lacking self-awareness ("2001. Eleven. A lesbian stance before you know what the word lesbian means") who blooms into a miserable adolescent ("2006. Sixteen. Sad and malnourished") and gradually finds her way to a style that works for her ("2010. Twenty. The beginning of the forever scarf").

"I will be as loud and take as much space as I can."

Emilia explains that her unconventional chosen ensemble isn't the product of building walls around herself; rather, it's what she achieved when she was able to discard her own expectations of what she should look like. "I haven't always looked like this, but this has always been inside me," explains Emilia in the video. 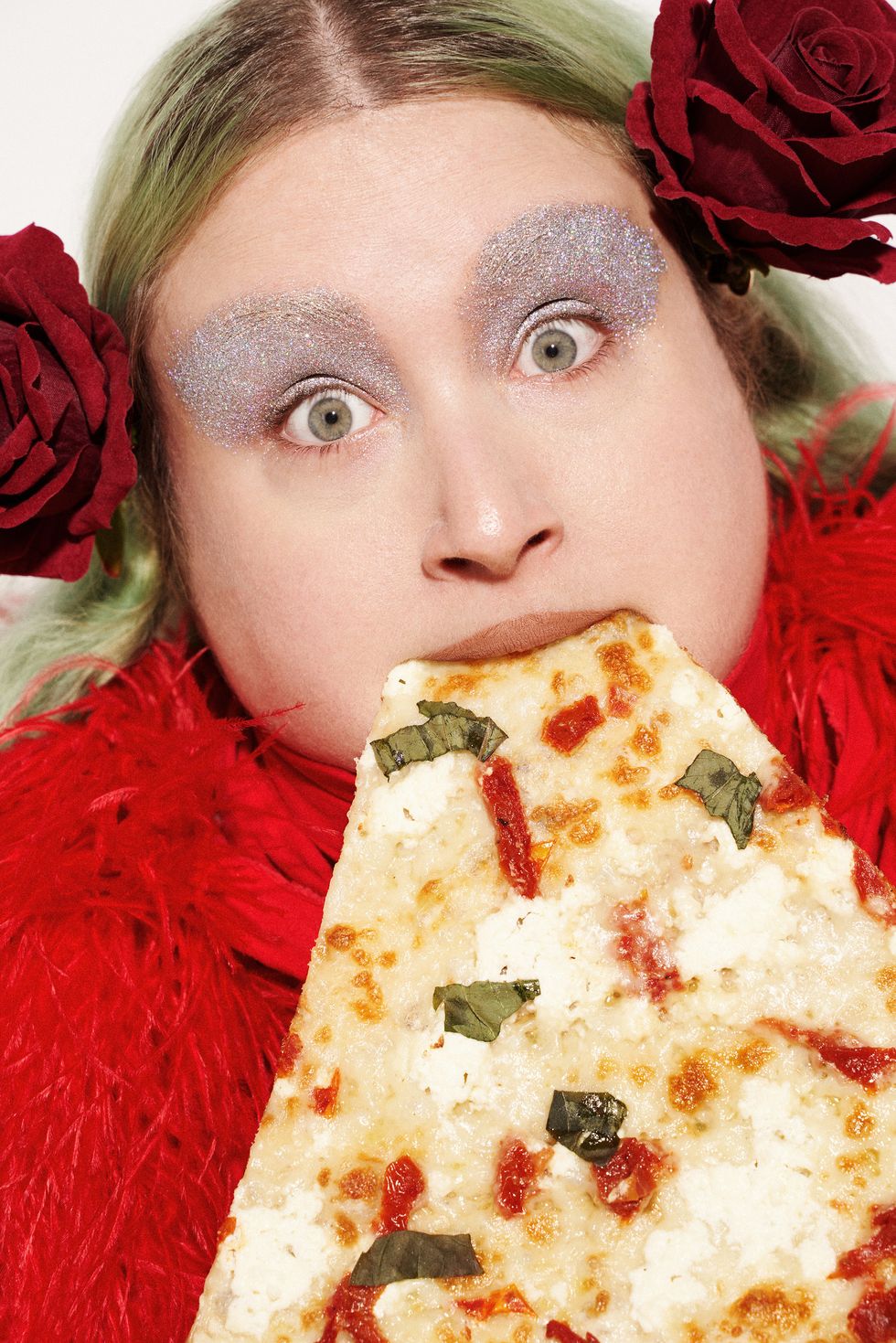 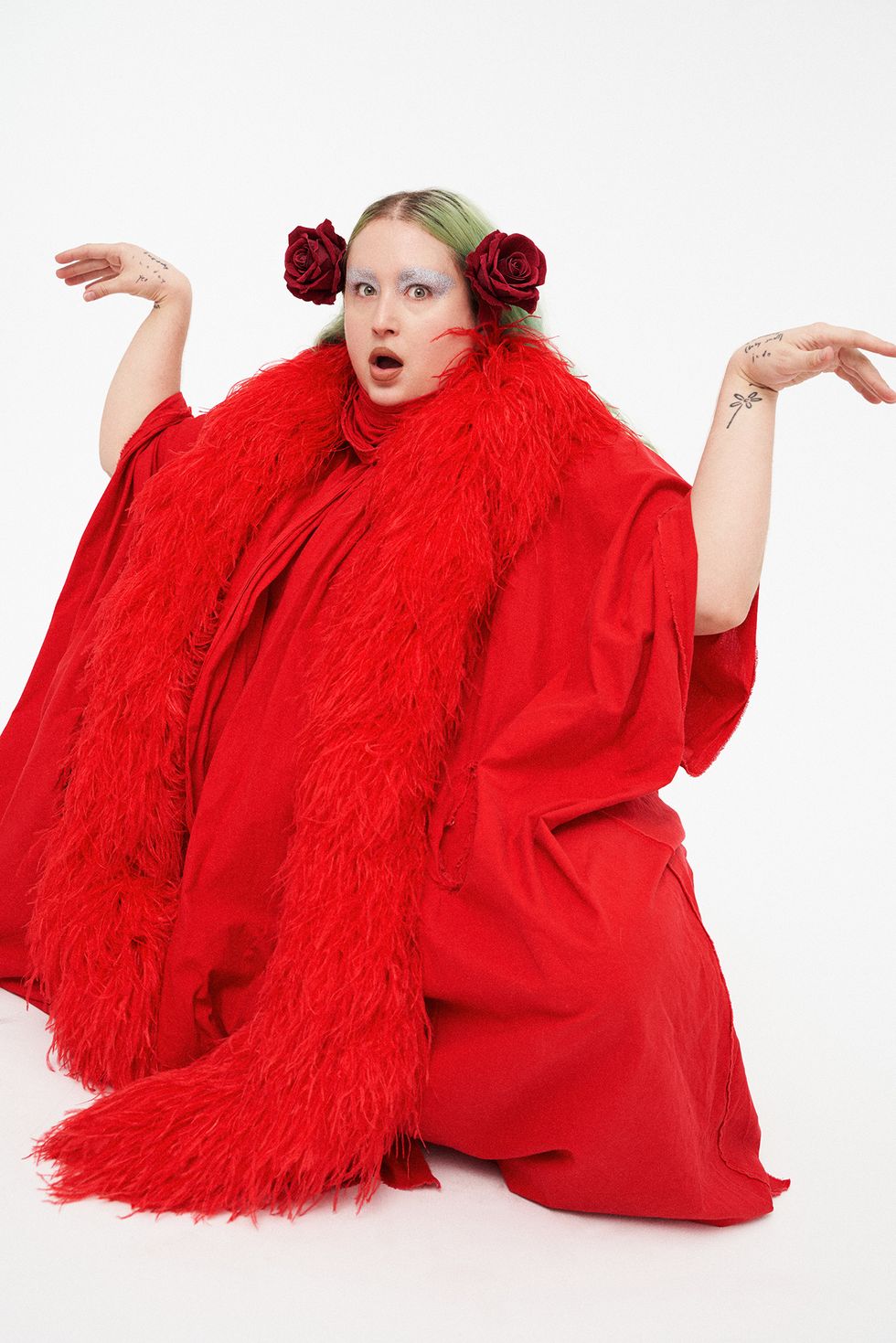 Her journey of self-acceptance didn't just begin when she started uploading videos regularly in the summer of 2016. Emilia cites YouTube stars Trisha Paytas, Shane Dawson and Drew Monson as having sparked her love for the medium through their raw honesty, and she credits a session with her therapist for finally allowing herself to admit that she wanted to try making her own videos. And sharing her innermost thoughts with the world has given her more fuel to explore everything about herself that she had supressed for much of her life. 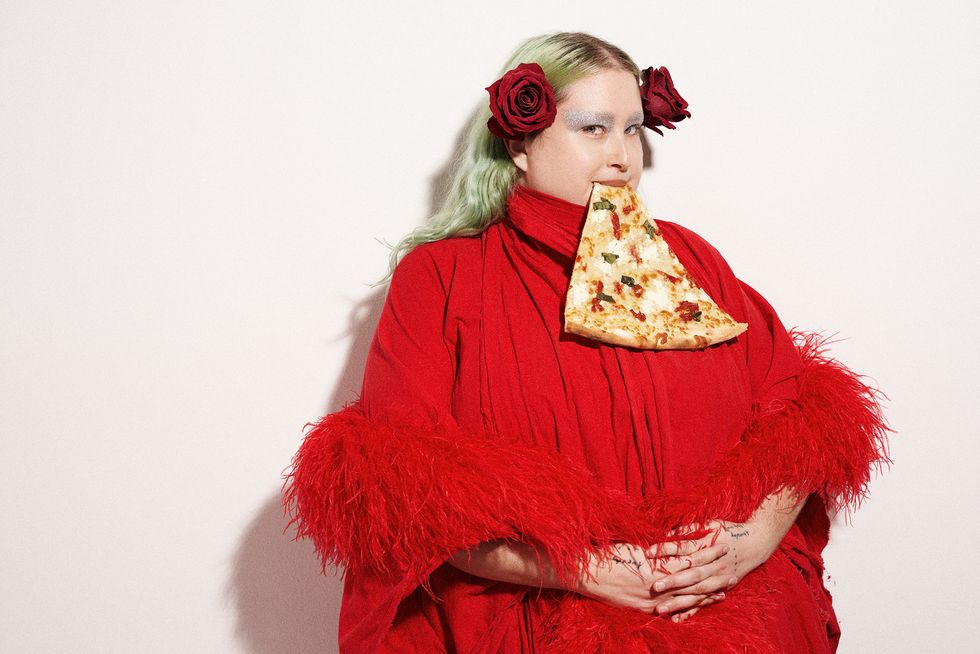