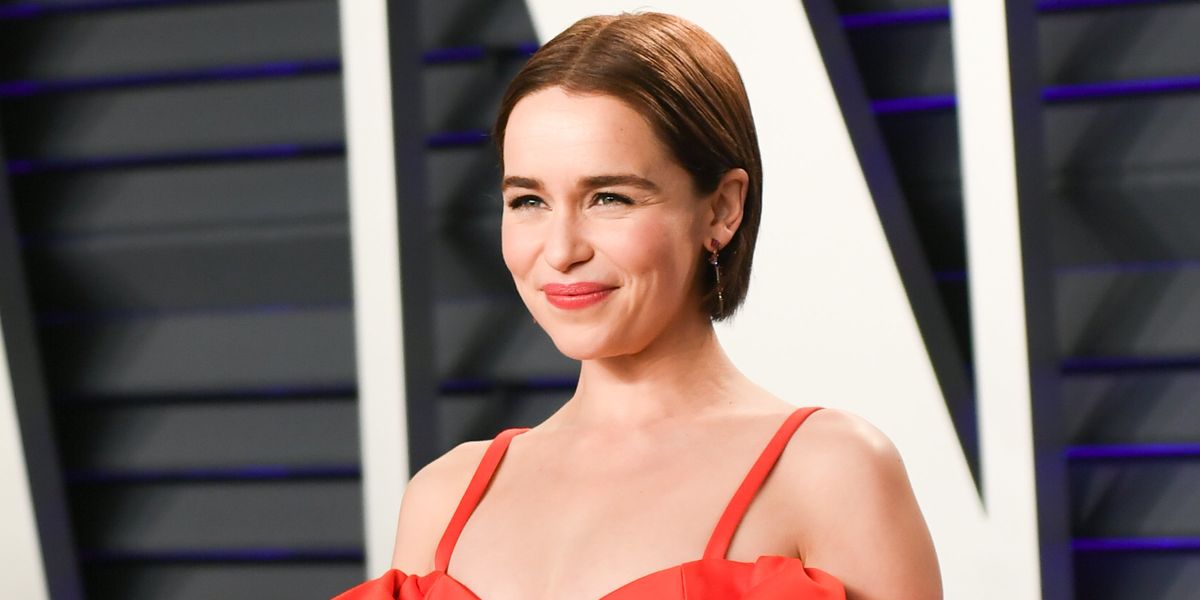 In a vulnerable, moving and remarkably funny essay for its subject matter, Emilia Clarke has revealed in the New Yorker that she suffered two life-threatening brain aneurysms during the filming of Game of Thrones. The first was when she was 24, shortly after wrapping Thrones season one, and the other when she was 27, following season three, when she was living in New York and performing on Broadway.

She was diagnosed with a subarachnoid hemorrhage after collapsing in a gym: "For a few moments, I tried to will away the pain and the nausea. I said to myself, "I will not be paralyzed." I moved my fingers and toes to make sure that was true. To keep my memory alive, I tried to recall, among other things, some lines from "Game of Thrones."

Her first surgery went relatively smoothly and she returned to Thrones, though she describes constant anxiety about how her ailment would disrupt her career: "Brain surgery? I was in the middle of my very busy life — I had no time for brain surgery."

"On the set, I didn't miss a beat, but I struggled. Season 2 would be my worst. I didn't know what Daenerys was doing. If I am truly being honest, every minute of every day I thought I was going to die" she describes.

She explains that her second aneurysm and recovery was both more painful and raised even deeper anxieties about her future.

"I looked as though I had been through a war more gruesome than any that Daenerys experienced. I emerged from the operation with a drain coming out of my head. Bits of my skull had been replaced by titanium. These days, you can't see the scar that curves from my scalp to my ear, but I didn't know at first that it wouldn't be visible. And there was, above all, the constant worry about cognitive or sensory losses. Would it be concentration? Memory? Peripheral vision?"

She's lucid and clever throughout, telling one dark story where she got a headache before an MTV interview, but decided to do it anyway because she "figured if I'm going to go, it might as well be on live television." Earlier in the piece, she jokes about telling people the only cognitive skill her aneurysms "robbed" her of is "good taste in men."

She's the first to say many have suffered just as much with far fewer resources, but Clarke describes some of the unique aspect of suffering a life-threatening illness as a world-renowned actress. Some of these include the fear of the press publicizing her ailment (in eight years, National Enquirer is the only outlet that reported on her surgeries, but the story died after she lied to a reporter), and her often precarious actor's healthcare. "With five days left on my SAG insurance, I went in for a brain scan — something I now had to do regularly" she remarks.

She says today she's at 100% and has "healed beyond my most unreasonable hopes."

"There is something gratifying, and beyond lucky, about coming to the end of "Thrones." I'm so happy to be here to see the end of this story and the beginning of whatever comes next.

She also explained that she has founded and developed a charity called SameYou, which "aims to provide treatment for people recovering from brain injuries and stroke."

I'm glad she chose to write this essay instead of a long instagram post. In the space of her op-ed, she goes in-depth about her childhood in Oxford, her non-prodigy's struggle to become an actress, and the surreal experience of being cast on Thrones. Please read the whole essay here and when you're watching Game of Thrones after April 14, remember what the queen of dragons has faced off-screen.