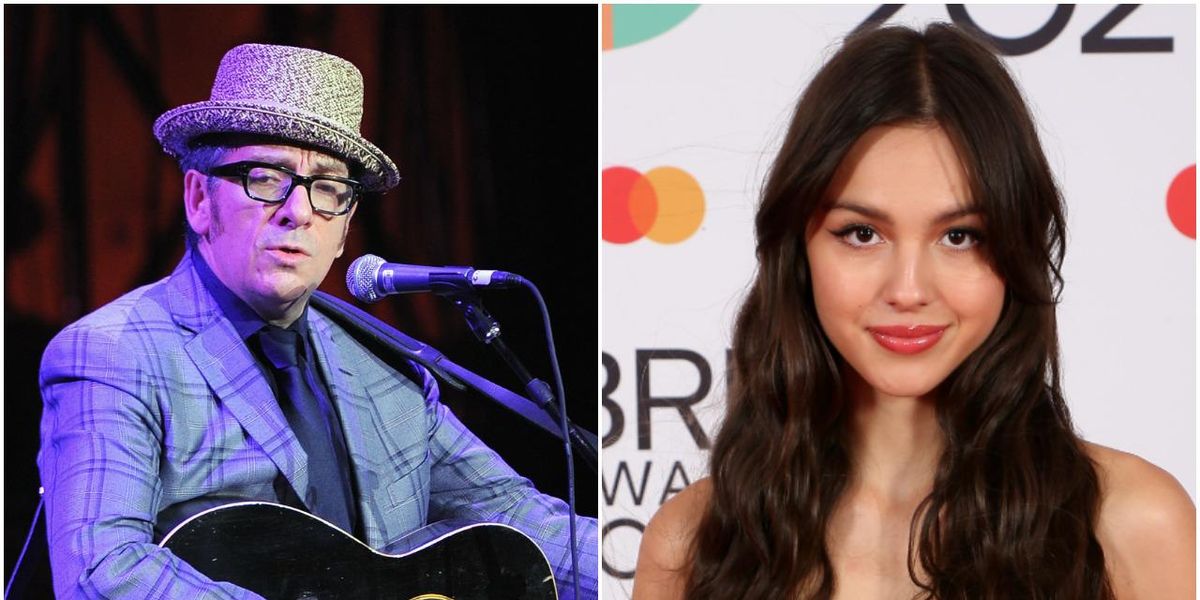 Elvis Costello is defending Olivia Rodrigo against the people who say she stole one of his guitar riffs.

Amidst similar accusations against her, the chart-topping star's song, "brutal," incurred further criticism earlier this week for allegedly plagiarizing Costello's 1978 song, "Pump It Up," with one gatekeeping troll saying the song was "pretty much a direct lift."

Granted, it didn't take long for the legendary singer-songwriter himself to chime in, responding to the original tweet by writing that Rodrigo's use of the similar chord sequence was "fine by me," seeing as that's "how rock and roll works."

"You take the broken pieces of another thrill and make a brand new toy," he said, before saying he did the same thing. And to hit his point home, Costello also went on include hashtags alluding to the influence of Bob Dylan's "Subterranean Homesick Blues" on "Pump It Up," as well as another tag referencing Chuck Berry's "Too Much Monkey Business," which musically inspired the aforementioned Dylan track.

This is fine by me, Billy.
It’s how rock and roll works. You take the broken pieces of another thrill and make a brand new toy. That’s what I did. #subterreaneanhomesickblues #toomuchmonkeybusiness

Granted, while Costello seems flattered by Rodrigo's supposed homage to his work, other artists have recently taken issue with the visuals used to promote her upcoming livestream concert, Sour Prom.

Amongst the artists accusing her of copying imagery was none other than Hole frontwoman, Courtney Love, who called out Rodrigo and her label last week for not crediting the band's Live Through This album cover, which also features a crying prom queen theme.

"My [album] cover was my original idea. A thing you maybe have to actually live life to acquire?," Love wrote on Facebook, adding that she had "informed [Rodrigo that] I await her flowers [and] note." Not only that, but the grunge legend also went on to post about the accusation on an Instagram post featuring the Sour Prom image and the caption, "Spot the difference," which caused Rodrigo comment, "Love u and live through this sooooo much."

However, Love wasn't the only one who believed the Sour Prom promo infringed on another band's creative aesthetic, as a viral TikTok from musician Honey Cutt alleged that Rodrigo and her team have been "very ~inspired~ by Pom Pom Squad's music/album art/Insta posts/style/vibe etc," which shares a similar cheerleader-inspired look.

Why are we talking about Courtney when who Olivia copied was this Indie rock band called Pom Pom Squad pic.twitter.com/OH70tum9v1

That said, neither Rodrigo nor Pom Pom Squad have responded to the latter allegation.