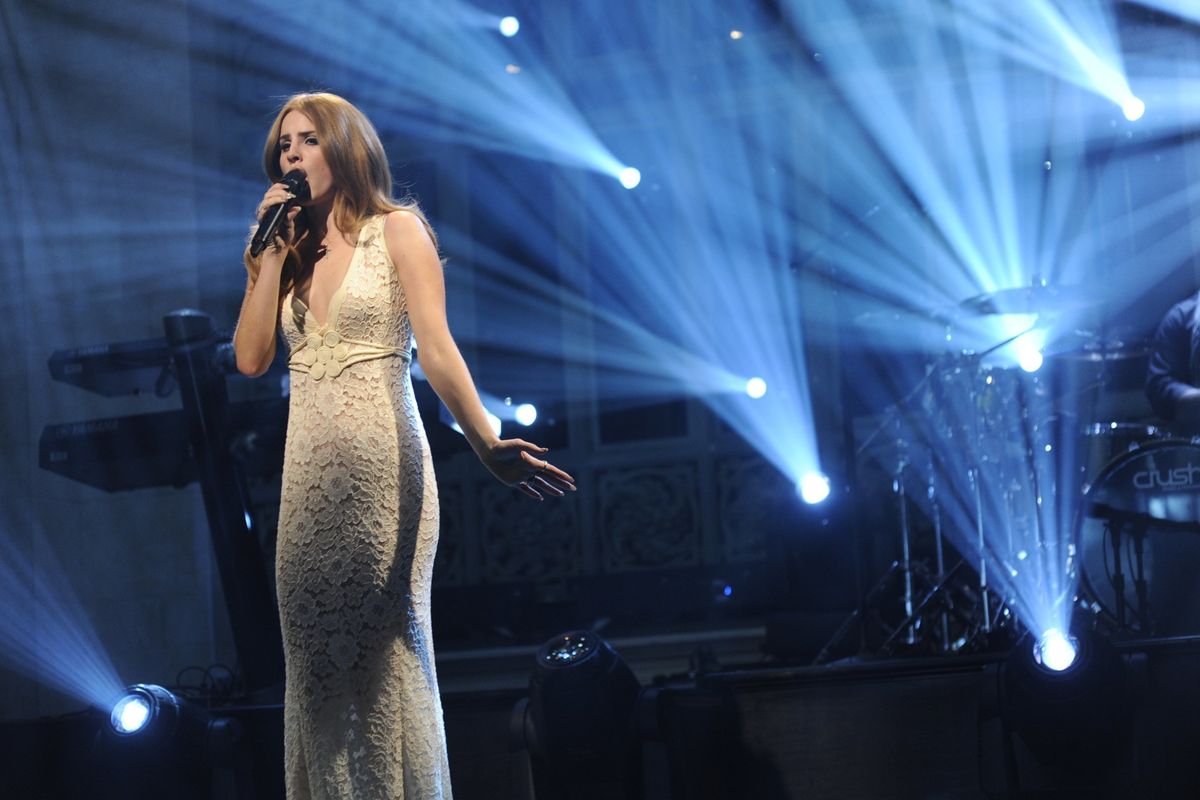 Having just released one of the year's most acclaimed albums, Norman Fucking Rockwell, Lana Del Rey is riding high right now. Back in 2012, we weren't sure she'd make it. After the breakthrough success of early hits "Video Games" and "Blue Jeans," she nearly killed her career after getting booked on SNL and proceeding to go viral for one of the most memorably bad live performances the show had seen before or since. (This is really saying something — they're usually leaning towards at least mediocre.)

Six years, some nasty run-ins with Pitchfork, and approximately one million reblogged Tumblr GIFs of the now-iconic stage twirl later, Del Rey's ego and career have against all odds recovered. Now, in conversation with Elton John for Rolling Stone's "Musicians on Musicians" issue, she's reassessing whether that fateful rendition of "Blue Jeans" was even as bad as people said at the time.

Elton, for one, thinks she was unfairly maligned. "But listen, you survived," he tells her. "You came through that awful thing in that Saturday Night Live. Which was so distressing for someone like me to see someone so crucified. I've watched it, and it wasn't that bad!" Lana agrees: "It wasn't terrible!"

Then the conversation takes an even more unexpected turn. Elton, bless him, seems to think the critiques of Del Rey's performance were sexist. "I don't know what the agenda was there, but where was the #MeToo movement there?" he asks. "Oh, you said it, not me!" Lana replies. Elton goes on to rudely reference Ashlee Simpson's similarly abysmal SNL lip sync fail from 2004, calling it "a major fuck-up" that's "very funny to watch." Alas, the truth.