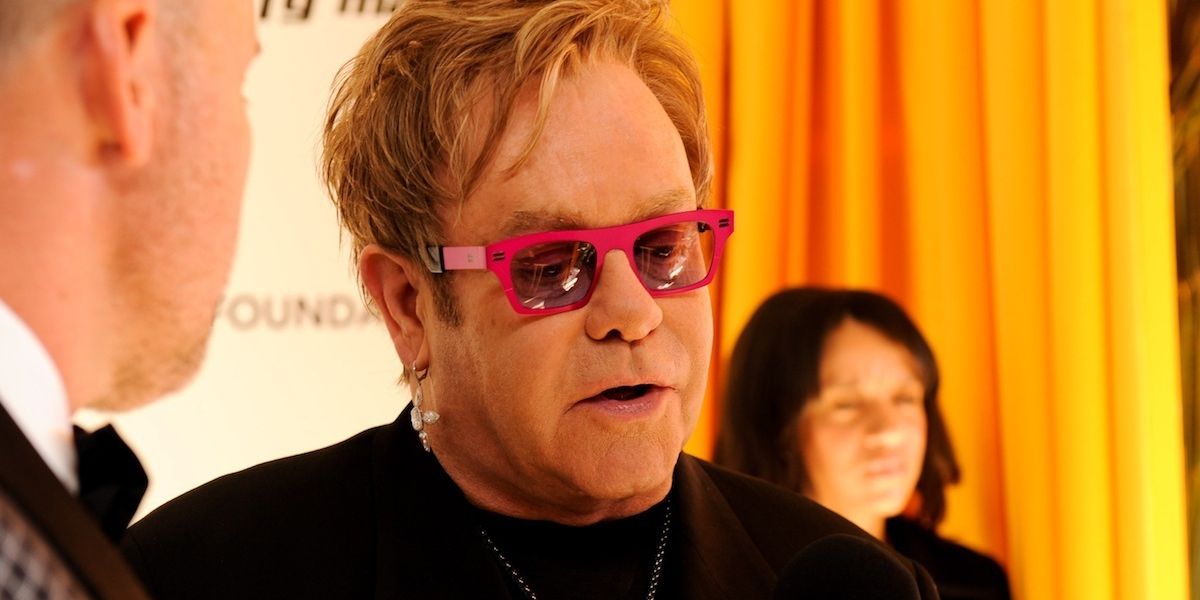 Sir Elton John has slapped back a claim from Trump's transition team that the music legend would be performing at President-elect Trump's inauguration in January. This comes after the other false claim that Vince Neill would be gifting us all with his sonic splendor the day the world turns to night.

Anthony Saramucci, one of the executive members of Team Trump, alleged that Elton would be headlining the concert on the Mall when Trump is sworn in, and would act as a symbol to the country/world of the administration's "commitment" to LGBT rights.

Well, Sir Elton, who performed for Hillary Clinton at the "I'm With Her Concert" in March, is certainly not about that lie, and his publicist, Fran Curtis, gave a simple but definitive response to Saramucci's claim:

"Incorrect. He will NOT be performing."

Elton, an openly gay man--who has a son with husband David Furnish--is a staunch advocate for LGBT rights and HIV/AIDs awareness/research. As recently as October, Elton spoke on then-hypothetical Trump/Pence administration to Mic, stating it gave him "great fear" of the oppression the LGBT community could face, as well as the potential slashing of HIV/AIDS health care/research.