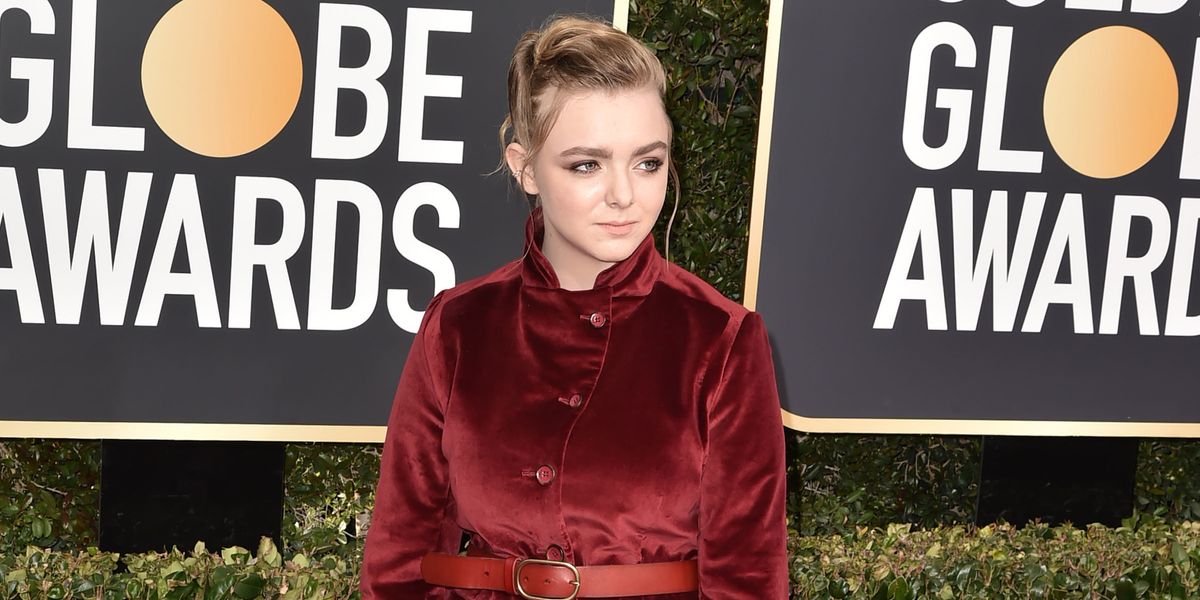 Elsie Fisher was nominated for a Best Actress Golden Globe award last night, in honor of her breakout Eighth Grade performance. And while it must have been tempting to play it safe, the teenage actress decided to make a statement in a custom Kenzo suit in maroon velvet. Were you this fashion confident aged 15? Didn't think so.

Fisher explained her choice to Teen Vogue by saying that she's generally not a gown girl. "I love suits and knew I wanted to wear a suit from the get-go when I realized I was going to the Globes," she said. "I feel Kenzo is right up my alley in the kind of clothing I like to wear, they are adventurous and a lot of colors, I like clothes that tell a story… People wear gowns and black tuxes mainly and we wanted to somehow combine the two."

Sadly, women's suits are far from a red carpet norm. But there are always a few visionaries who ditch the flow-y Marchesa for something a little more androgynous. Alongside Fisher this year we also got a suited up Judy Greer. While suit veteran Janelle Monae avoided pants this year, she was stunning in an ensemble from Chanel's Egpyt-themed Metiers d'Art collection.

Fisher lost out on her Globe to a deserving Olivia Colman, but she was another kind of winner in our books. Looking forward to her Oscars red carpet reveal.