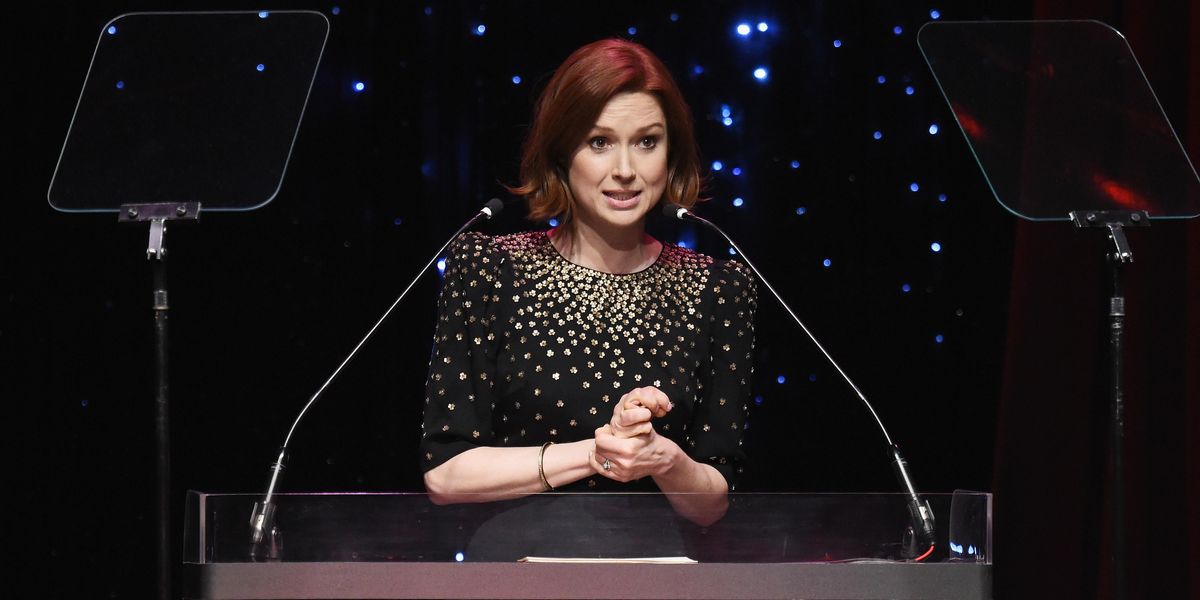 Ellie Kemper has apologized for participating in a debutante ball with a controversial history.

Last week, newly surfaced photos appeared to indicate the actress had been named the Veiled Prophet Ball's "Queen of Love and Beauty" in 1999. However, following reports that the Missouri organization was founded by former Confederate officers in the late 1800s, it also didn't take long for the internet to begin criticizing Kemper for her involvement with an elitist group that has alleged historic ties to white supremacy. And though the Veiled Prophets are reportedly not associated with the Ku Klux Klan, commenters subsequently dubbed her a "KKK queen," while others recirculated an image that supposedly shows the Veiled Prophet's original outfits, which bear a striking resemblance to the KKK's uniform.

Now though, Kemper herself has finally addressed the backlash in a statement posted to her Instagram on Monday, in which she acknowledged the hosting organization's "unquestionably racist, sexist and elitist past."

"When I was 19 years old, I decided to participate in a debutante ball in my hometown," she wrote. "The century-old organization that hosted the debutante ball had an unquestionably racist, sexist and elitist past. I was not aware of the history at the time, but ignorance is no excuse. I was old enough to have educated myself before getting involved. I unequivocally deplore, denounce, and reject white supremacy."

Even so, Kemper went on to say that the controversy made her realize that "because of my race and my privilege, I am the beneficiary of a system that has dispensed unequal justice and unequal rewards." And though the Unbreakable Kimmy Schmidt star added that she believes "strongly in the values of kindness, integrity and inclusiveness," she also admitted that if her "experience is an indication that organizations and institutions with pasts that fall short of these beliefs," she "should be held to account" and "see [the backlash] in a positive light."

So was no one gonna tell me Ellie kemper aka kimmy Schmidt was crowned KKK queen in 1999 pic.twitter.com/QdHJ6wGZGv

"There is a very natural temptation when you become the subject of internet criticism to tell yourself that your detractors are getting it all wrong. But at some point last week, I realized that a lot of the forces behind the criticism are forces that I've spent my life supporting and agreeing with," she wrote, before apologizing to "all the people I've disappointed."

She concluded, "I promise moving forward I will listen, continue to educate myself, and use my privilege in support of the better society I think we're capable of becoming."

See Kemper's apology for yourself, below.