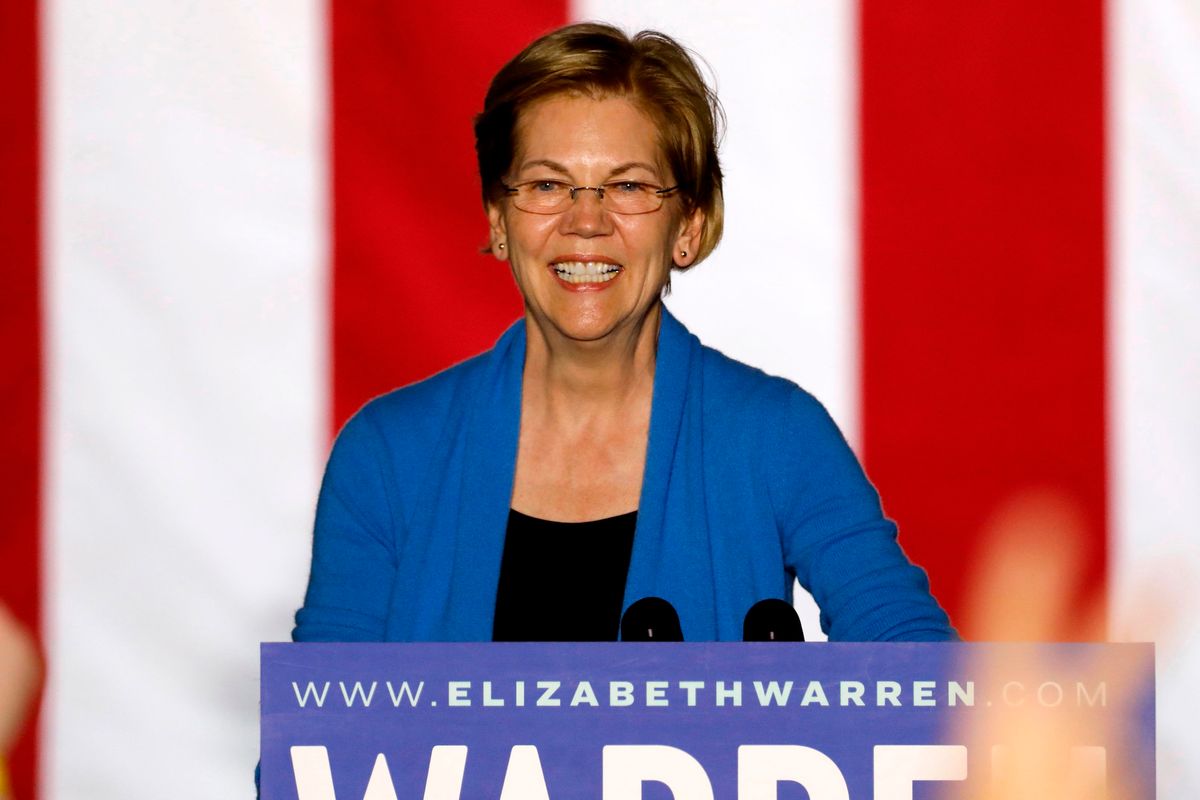 Elizabeth Warren Did the 'Flip the Switch' Challenge

Senator Elizabeth Warren officially dropped out of the presidential race on Thursday. Since announcing the end of her campaign, she hasn't given any formal interviews just yet. But on Saturday night, she appeared on Laura Ingraham's Ingraham Angle on Fox — well, the spoof version of it on Saturday Night Live, at least.

During the cold open, Kate McKinnon first appeared as Ingraham, and teased that there would be an interview with Warren during the show. But no one expected it would actually be the real Elizabeth Warren, and not McKinnon's impersonation.

When asked if she would be endorsing anyone, Warren answered, "It's tough. Maybe I'll just pull a New York Times and endorse them both."

Though ending her campaign isn't the most ideal outcome of her participation in the race, she's still proud of what she and her team have accomplished. "We built a wide coalition of teachers, preschool teachers, middle school teachers and teachers' pets. And not only did I not accept money from billionaires, I got to give one a swirly on live TV," she said, referring to former competitor Michael Bloomberg.

McKinnon later did a quick change and appeared next to the former presidential candidate, dressed exactly like her — in a blue blazer and black trousers. She then thanked Warren for everything she's done "in [her] lifetime." To which the politician cheekily replied, "I'm not dead, I'm just in the Senate."

The fun with Warren didn't end there. After the whole bit, SNL also posted a TikTok of Warren and McKinnon doing the "Flip the Switch" challenge together. The video has already gone viral and gained over 5.5 million views, and has also been shared on other social media platforms.

The senator's definitely a natural on TikTok.