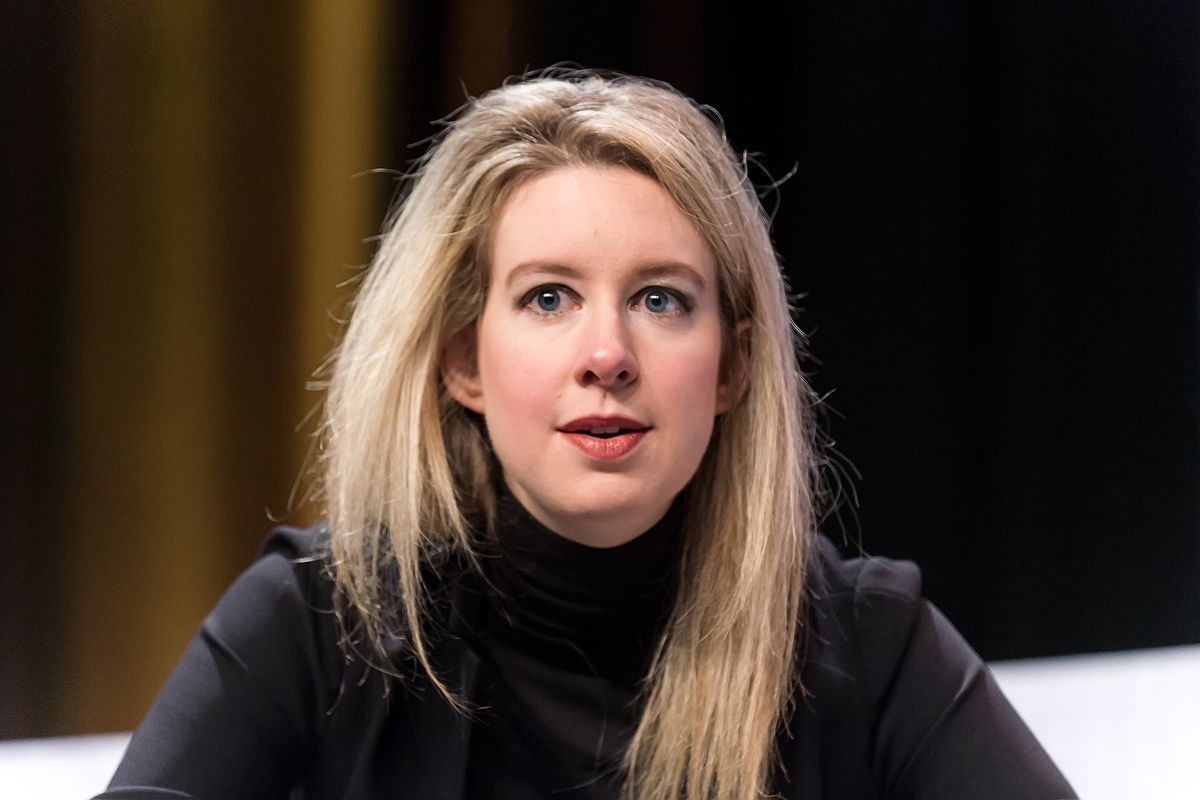 Elizabeth Holmes — the infamous CEO and founder of Theranos — may have gotten secretly married to her hotel heir fiancé, Billy Evans.

According to Page Six, a "friend" of Evans reportedly attended a recording session of Casey Wilson and Danielle Schneider's Bitch Sesh podcast over the weekend in San Francisco. During the open mic gossip portion, a woman who claimed to know Evans alleged that he and Holmes are "already married."

"This girl said she was close with Billy and she'd had 'Friendsgiving' with him and Elizabeth," another attendee told the publication. "She was sharing details like the fact they have a stripper pole in their apartment. The room audibly gasped, and this girl got a standing ovation. And a shirt!"

Given Holmes' continued infamy following her fall from grace as "the world's youngest self-made female billionaire" after a Wall Street Journal reporter uncovered that Theranos' blood-testing technology was a "massive fraud" — an incident documented within HBO's hit documentary, The Inventor — it's unsurprising that the audience reacted that way.

And though it may seem strange for her to get married as she gets ready to go to trial for wire fraud and conspiracy to commit wire fraud charges, knowing her, anything's really possible. Read the entire report here.