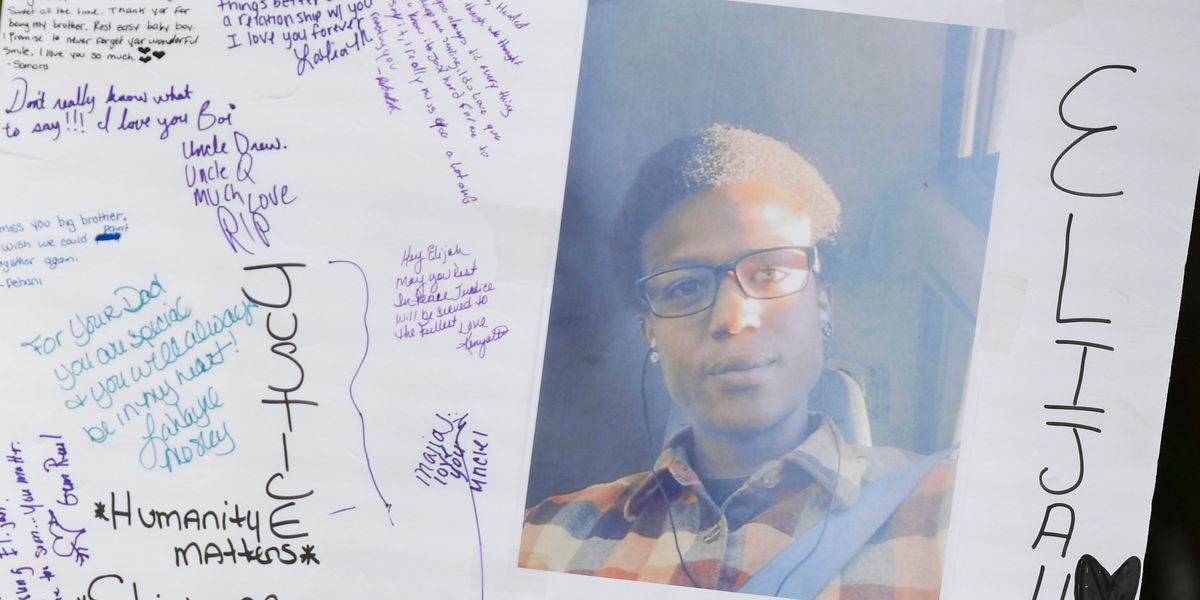 The Aurora Police Department fired three officers on Friday after a photo of them mocking Elijah McClain's death surfaced. This included Jason Rosenblatt, the man who stopped McClain on the night of his death.

Former officers Erica Marrero, Jaron Jones, and Kyle Dittrich took two photos at a memorial site for McClain last year, smiling and then imitating the chokehold that killed him. They sent the photos to Rosenblatt, who then replied "haha." Marrero, Jones, and Dittrich said they were just trying to "cheer up a friend," according to interim Police Chief Vanessa Wilson.

Wilson said in a press conference that the officers "don't deserve to wear a badge anymore." Jones resigned earlier this week, while Marrero, Dittrich, and Rosenblatt were removed from the force. "It's reprehensible, and that's why they no longer work here," she added, after showing the photos to press.

The other two officers involved in the death of Elijah McClain — Nathan Woodyarda and Randy Roedema — are still part of the police department, performing "non-enforcement duties."