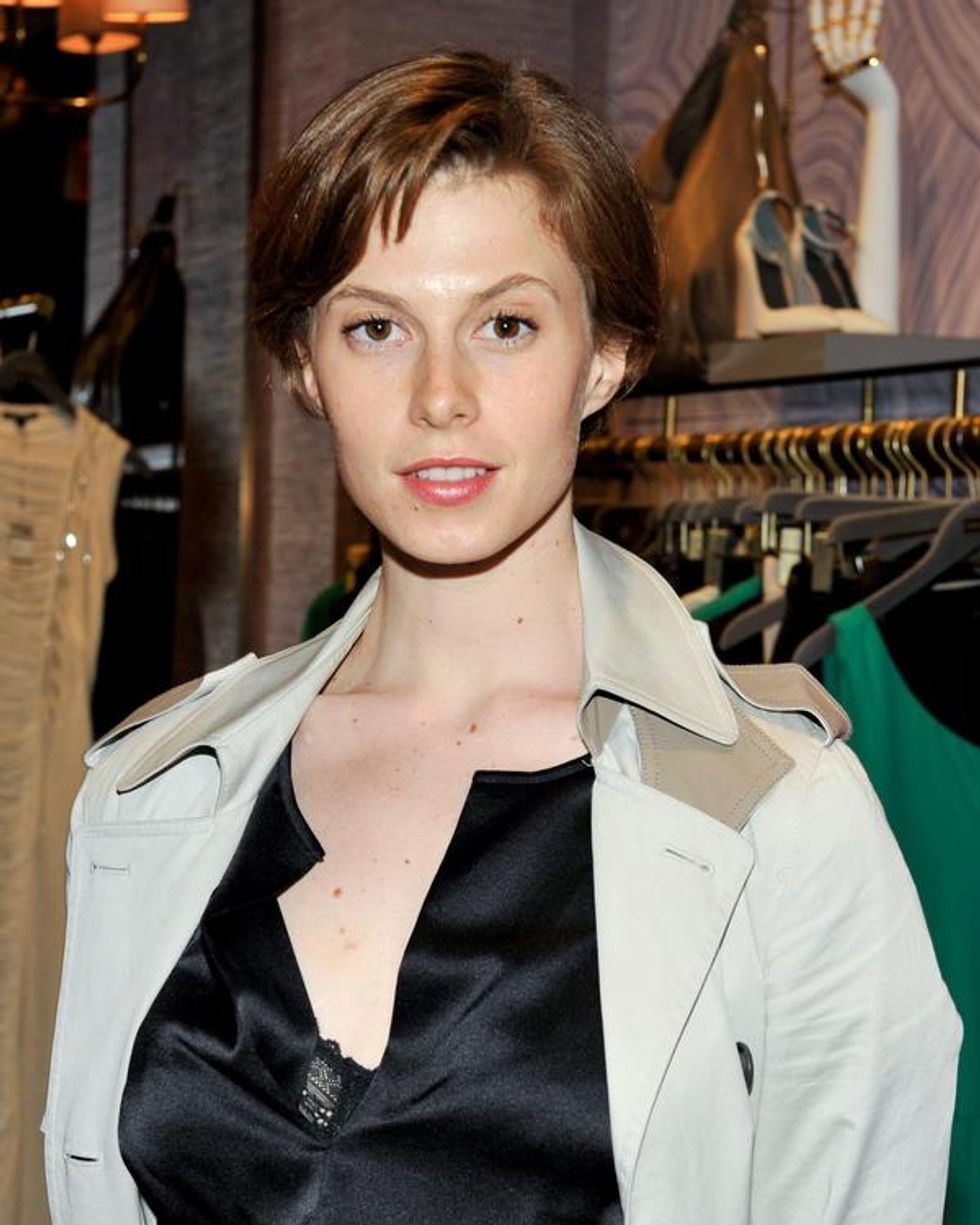 Model Elettra Wiedemann is gearing up to film another season of her Vogue.com cooking show Elettra's Goodness, and has also been chosen as a judge for the upcoming Vendy Awards. The Vendys -- known as the Oscars of street food -- benefit the Street Vendor Project, an organization that stands up for vendors' rights. It's the type of cause the socially and environmentally conscious Wiedemann has long held dear. Plus, she loves to eat! We sat down and talked to Wiedemann about being a judge on Iron Chef, getting priced out of Manhattan and why you should never, ever eat a banana near her.

Is this your first time judging anything?

I think it is. Oh, wait, I was a judge on Iron Chef once. I did two days back-to-back on that show and learned the trick is to not eat the whole dish, just one bite of everything.

Are you nervous at all about judging the Vendys?

I'll be gorging on food all day so it won't be that nerve-racking. I am a little nervous about overeating, though. I think there are 28 nominees, so I'll just try to eat 28 bites.

Is there anything you won't eat?

I don't love fruit. I never have. I don't like the texture, and the taste just doesn't do it for me.

All fruit. I can't stand bananas. My husband has to eat them away from me. The other day I had to literally walk around someone on the sidewalk eating one, to get away from the smell. If I'm really starving I might be able to get down a clementine.

I can imagine the battles you had with your parents when you were a kid.

Yeah, it was a battle, but I won in the end. I was totally adamant about it. I'm a super-healthy eater and get my nutrition from vegetables.

As a model, is it hard to have a healthy relationship with food?

When I was younger it probably was, struggling with my body image. My personal journey is that I got sick of thinking about it all the time. It was boring. I'm so active. I compete in IRONMAN triathlons so I kind of stopped thinking about it. I do all my races with my dad. Everything in moderation, including moderation.

Are you doing your pop-up restaurant, Goodness, again for Fashion Week in September?

No. It was great as a concept and people really loved it, but it was really difficult to pull together. It was a shitload of work for not much money. I kind of jumped into the whole pop-up thing without knowing what to expect. Restaurants are one of the toughest industries in the world. I don't want to do that to myself again.

He's an investor, he's not there on a day-to-day basis.

Episodes of Elettra's Goodness usually run under five minutes. Would you like to do a full-length food show?

I'm having so much fun doing it with Vogue, I don't know about expanding it. If someone told me ten years ago I'd be getting a degree from the London School of Economics or have a cooking show, I wouldn't have believed it. Life keeps surprising me. We'll see where it goes.

Since your grandmother, Ingrid Bergman, was Swedish, do you have any Swedish recipes that have been handed down?

I tried to do gravlax last year and it was a total disaster. My attempt to get my Swedish genes to resonate in my body didn't work. I'm born and raised in New York and I feel more American than anything else, or more of a New Yorker than anything else.

You live in the West Village, right?

We're moving to Brooklyn soon. We bought a house. It's really old and needs some work. We got priced out of Manhattan, and that's the truth. What we wanted doesn't exist in the city anymore -- a downtown vibe, more space and a park nearby. I think we found it in Fort Greene. I'm super-excited about the move.

Any street vendor whose food you're particularly excited about trying?

I've always tried to get to Cinnamon Snail and failed to find them. I'm going to stalk them.