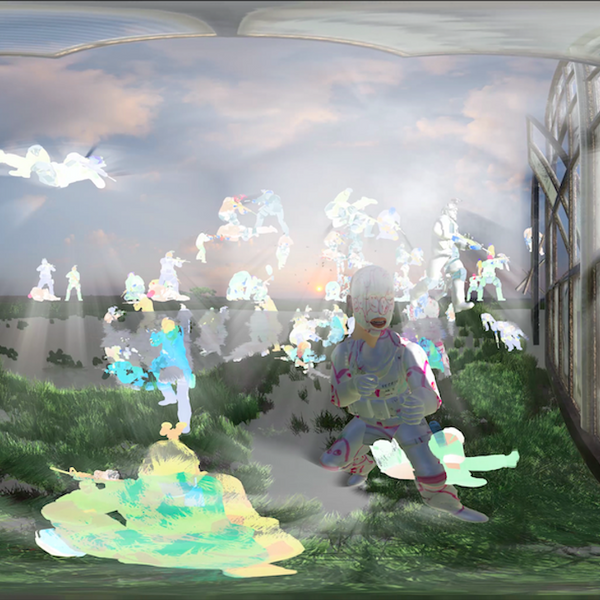 All Things VR, AR and Cyber at Frieze

At Frieze New York this year, you can "take a journey through the human body" via an immersive headset, enjoy a guided meditation through the battlefields of Call of Duty: Black Ops, see VR creations inspired by Marcel Duchamp and Hilma Af Klint and much more. These are a few of the offerings of ELECTRIC, a special VR-focused section curated by Daniel Birnbaum, Director of the VR curatorial laboratory and research hub Acute Art.

Related | Contemporary Latinx Art to be Honored at Frieze

According to Birnbuam, we're in a golden age of VR art. "When a new medium emerges and is employed by artists there appears to be a window of a few years that allows for free experimentation. For augmented reality and virtual reality that period would seem to be right now" he said in a statement.

"ELECTRIC presents a number of artists of different generations, such as Rachel Rossin and Anish Kapoor, who make use of the new technical tools. Some of the works included reference works of art, such as Marchel Duchamp's The Large Glass, that appears to have anticipated dimensions that become visible today. Others explore entirely immersive possibilities."

The various works will be experienced through distributed headsets, that link to viewers phones through an app designed by Acute Art.

Showing artists include the aforementioned Anish Kapoor, whose VR work goes inside the body, as well as Nathalie Djurberg and Hans Berg who brings black and white charcoal drawings to life.

The Städelschule Architecture Class' series places viewers inside 3D renderings of Marcel Duchamp's various works, while Rachel Rossin will offer a "guided mediation" through a VR version of Call of Duty.

Photos Courtesy of Resnicow and Associates