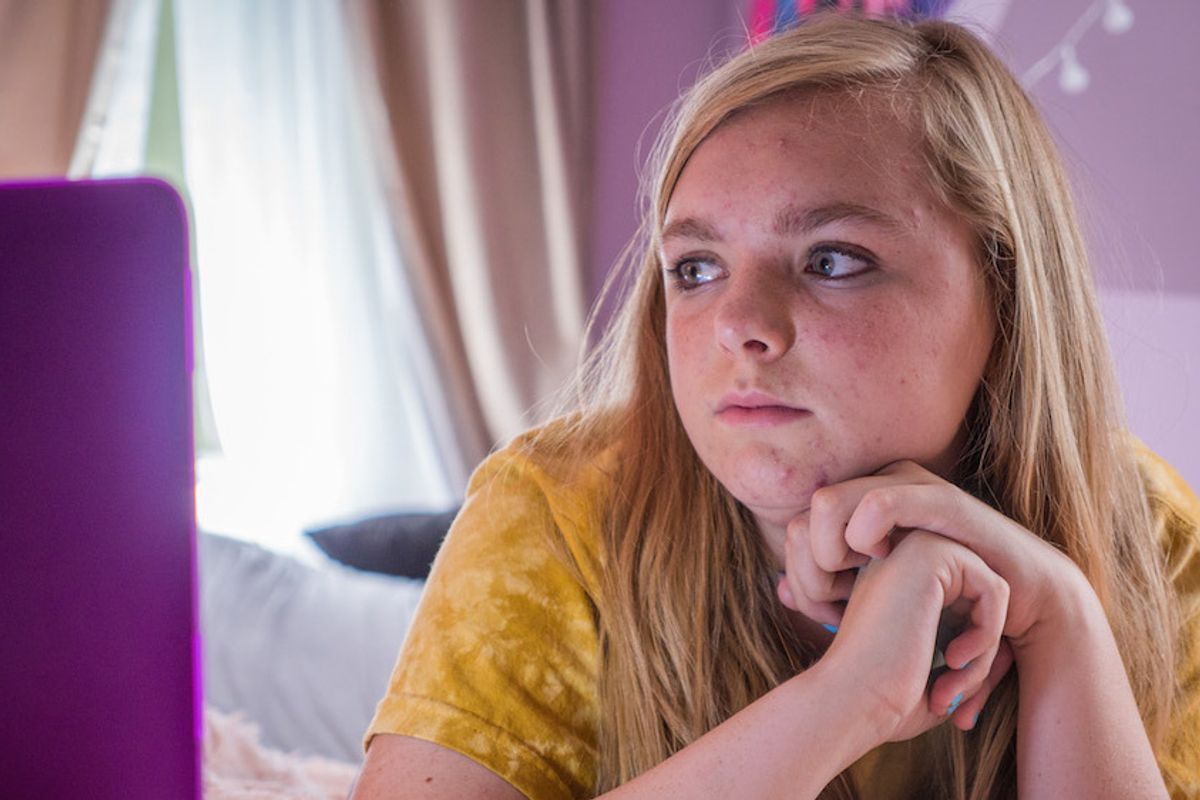 Despite the fact that Bo Burnham's Eighth Grade is being lauded as a zeitgeist-tapping film that unprecedentedly captures the crushing pressure of social media culture for teens — its target audience can't see it by themselves in a theatre. Although you might think that teens watching relatable stories about the anxieties surrounding sex would be productive, according to the Motion Picture Association of America's (MPAA), viewers under 18 will be disturbed by the film's five "fucks" and the implication of a blow job.

A single F-bomb will earn an otherwise PG film a PG-13 rating, and more than one expletive means an R rating, while any sexually oriented nudity whatsoever means an R. Eighth Grade's rating, which denies the realities of teens sexual experiences and curiosities, has ignited an expanding debate over the film industry's overly-demure and out-of-touch ratings system.

Bo Burnham and production company A24 are pushing back against the highly ironic and unfortunately exclusive rating. Tonight, they'll host free, unrated screenings of Eighth Grade across all 50 states.