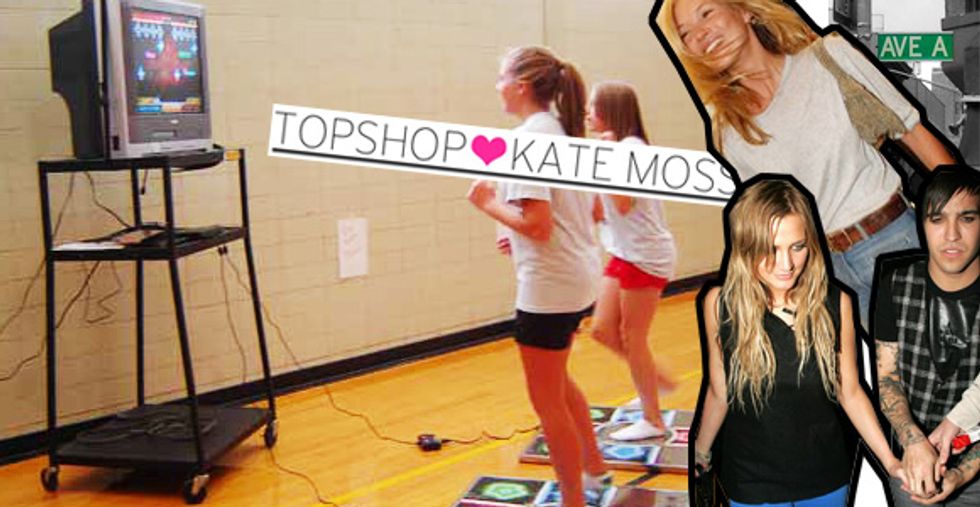 1. It's an exciting time to be English. Kate Mossâs Top Shop line debuts tomorrow! According to Reuters, âTo try prevent fights among shoppers when the doors open, each person will be able to buy only five items.â

2. Apparently, Vanity Fair is running a âyoga spreadâ with high-profile yogaphiles (Donna Karan, Sting and Trudie Styler, Ali MacGraw, etc.) for their June issue. Doesnât that seem very 1997 to you?

3. Ben Brantley gives new musical Legally Blonde a pretty middling review in the Times today calling it superficial, potentially anti-lesbian and compares watching the show to eating candy. While a cute comparison, he took the candy metaphor and ran with it in a serious way. In the first three grafs alone, he mentions that audience members might want to floss between songs, and dropped M&Ms, Hersheyâs, empty-calories, Gummi-Bears and âconfectionary charms.â We get it, itâs candy-like. No need to hit us over the head.

4. Weâve never heard of a SCRAM (Secure Continuous Remote Alcohol Monitoring) bracelet before, but apparently Tracy Morgan has to wear one! A result of a DUI charge and a subsequent probation violation, Morgan will have to wear a SCRAM for the next 90 days that will check his blood alcohol content every 30 minutes. How Orwellian! Now that Alec Baldwin may not return to 30 Rock for a second season, we especially hope that Morgan doesnât mess up and drink, because a 30 Rock without Baldwin and Morgan would be no 30 Rock at all!

6. Tonightâs the opening of the Pete Wentz/Gym Class Heroes bar in the East Villageâ¦ Look out for Wentzâs GF Ashlee Simpson on Avenue A.