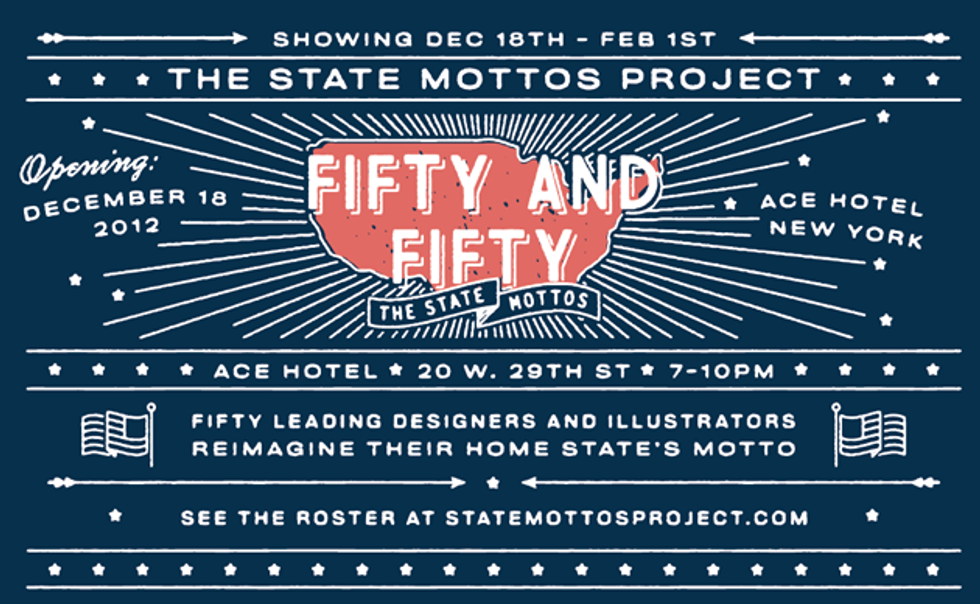 1. The Ace Hotel (20 West 29th Street) has a cool exhibit in their lobby gallery called "Fifty and Fifty" that features graphic interpretations of state mottos. Greenpoint, Brooklyn, designer Dan Cassaro asked fifty people to "re-imagine" and illustrate the motto of their home states and the results are amusing and informative. Did you know the state motto of Michigan ("If you seek a pleasant peninsula, look about you")?

2. Chelsea's Eyebeam Art + Technology Center (540 West 21st Street) is bouncing back from Sandy-inflicted damage with a new exhibit, lecture series, workshops and film screening that "examines the challenges of digital preservation." The free event is called "The Future of the Digital Archive" and it runs from January 8 to 12, plus there's a $25/ticket benefit reception on January 10, 7 to 9 p.m. All the details and benefit tickets are here. 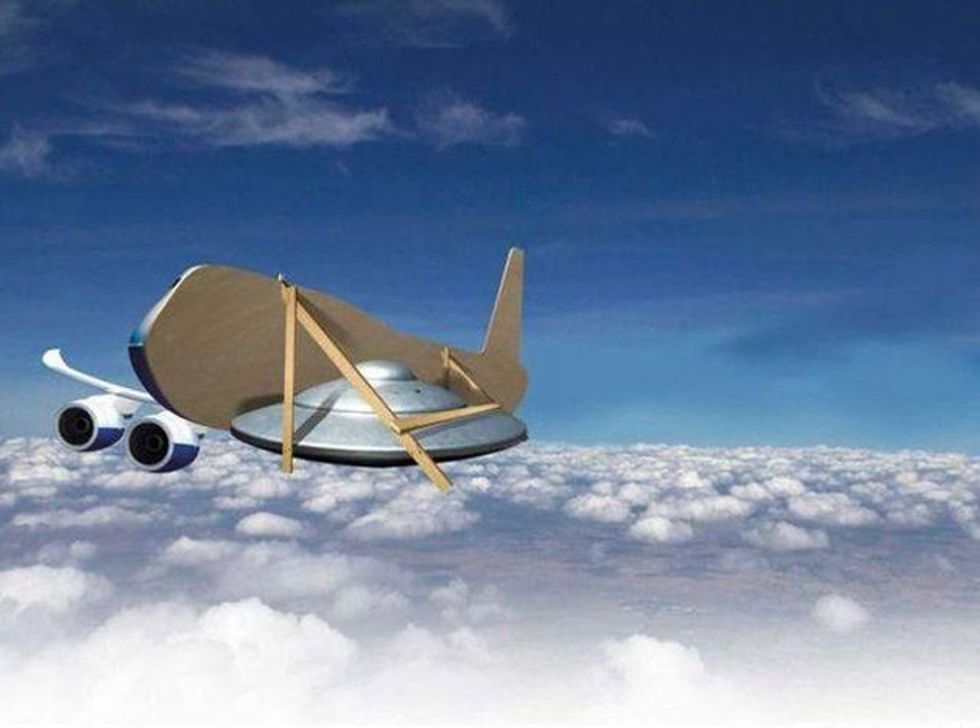 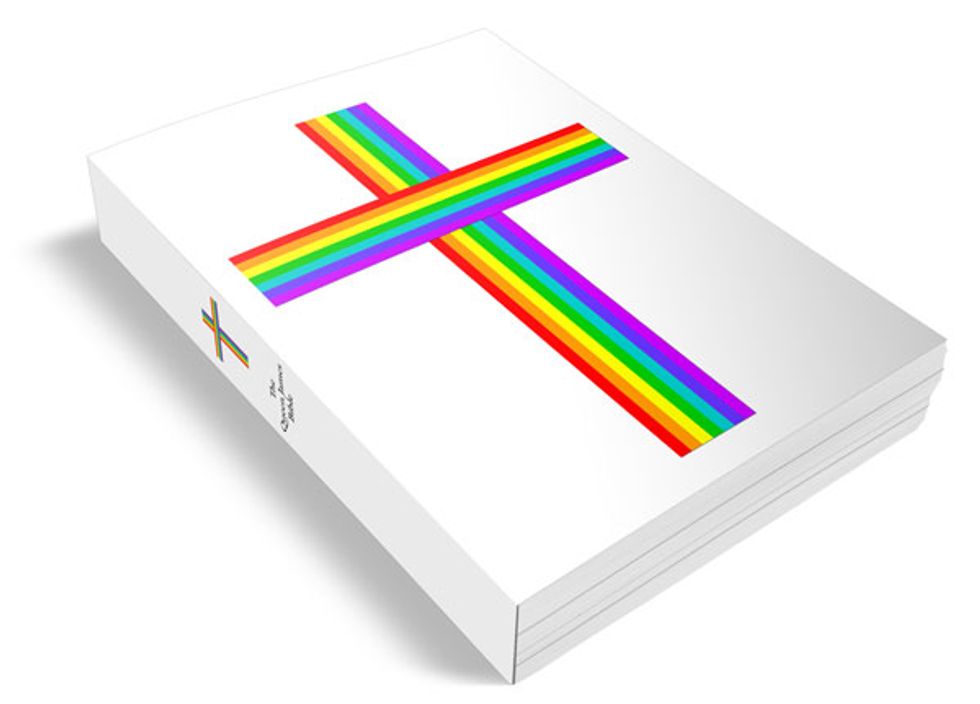 5. Out now: The first gay Bible -- known as "The Queen James Bible" -- tries to "resolve interpretive ambiguity as it pertains to homosexuality." Order yours on Amazon ($34.95). (via dot429)
6. The kilogram has gained weight because of surface contamination. (Yahoo!)
7. A parkour gym opened in Bushwick. Seriously. (The Brooklyn Paper)