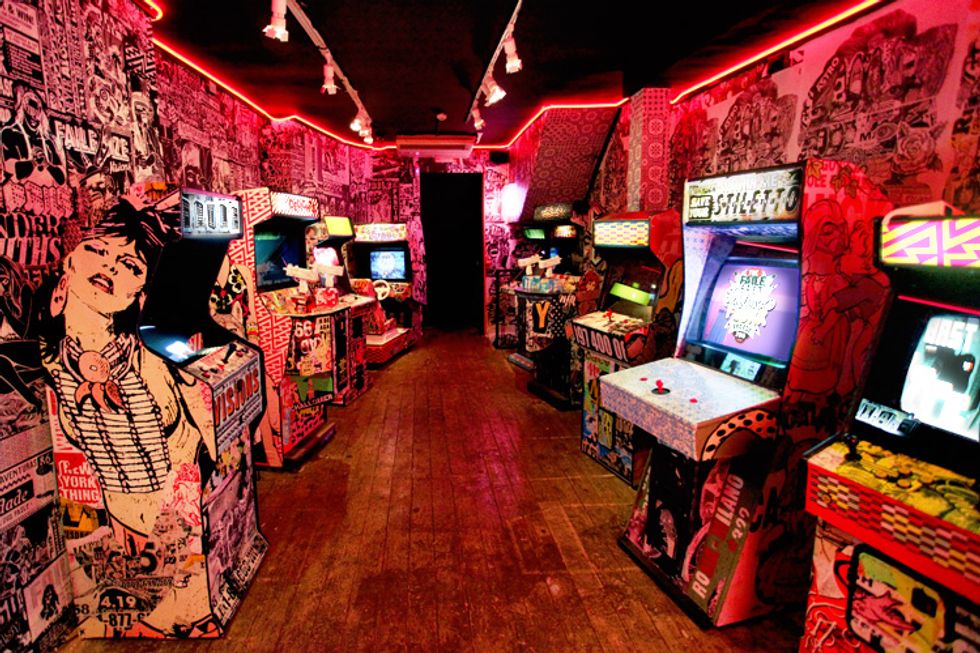 1. Faile and Bast are opening a (temporary) video arcade. Their collab Deluxx Fluxx Arcade first popped-up in a London gallery in February and will be open in NYC at 158 Allen Street until May 27 (Tuesdays through Sundays from 3 to 11 p.m.). The opening party is tonight from 7:30 to 10:30. The installation "explores the tactile possibilities of the wooden cabinet as sculptural medium."  And it's way cool.

2. The Harold Hunter Run 2010 is this Sunday, May 2, starting at 1 p.m. at 25 Elizabeth Street and finishing at Max Fish (178 Ludlow Street).  A $20 donation gets you a Nike t-shirt and some post-run food, plus all the proceeds go the Harold Hunter Foundation.  Skateboarder/actor Hunter passed away in 2006.

4. Here's a list of all the 2010 Tribeca Film Festival award winners.

5. Scientists have developed a spray that makes men more affectionate.

6. TWEEN-AGE RIOT!  Justin Bieber will be appearing in Rockefeller Plaza on June 4 for a Today Show concert.