Eight Items or Less: Governor's Island for Queens, Chicken for Bread, and Other Swaps 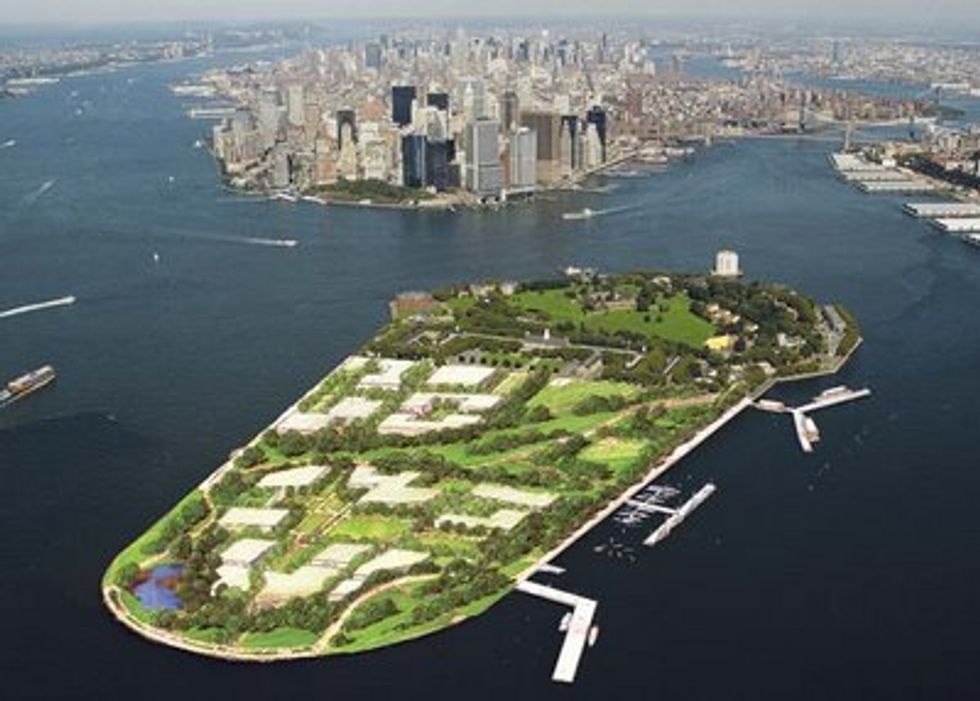 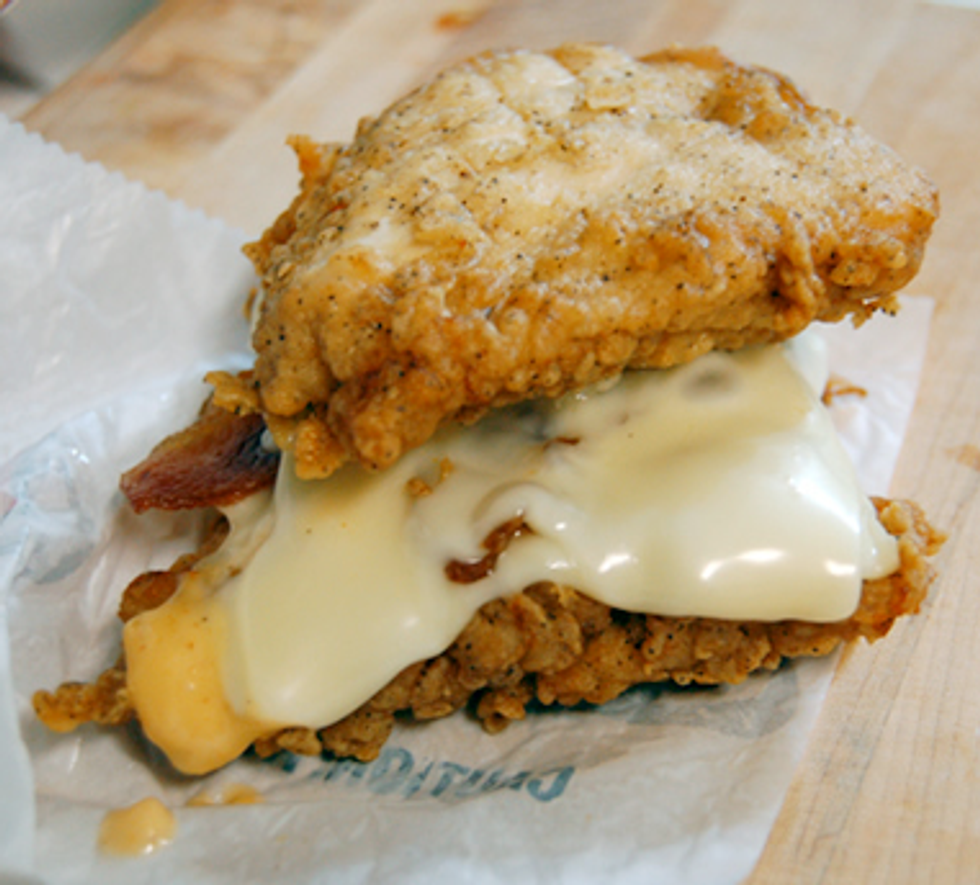 1) 50 Cent has replaced his free concert in Queens with a ticketed one at the Beach at Governor's Island, featuring openers Wale and Kid Cudi. We hope he doesn't perform his whole set wearing a backpack.

2) Perhaps inspired by the Second Avenue Deli's "Instant Heart Attack," KFC has decided it can fit more calories in its Double Down Sandwich by replacing bread with fried chicken.

3) Karen O has released a kiddie-choired new single, "All Is Love," from the soundtrack to Where The Wild Things Are.