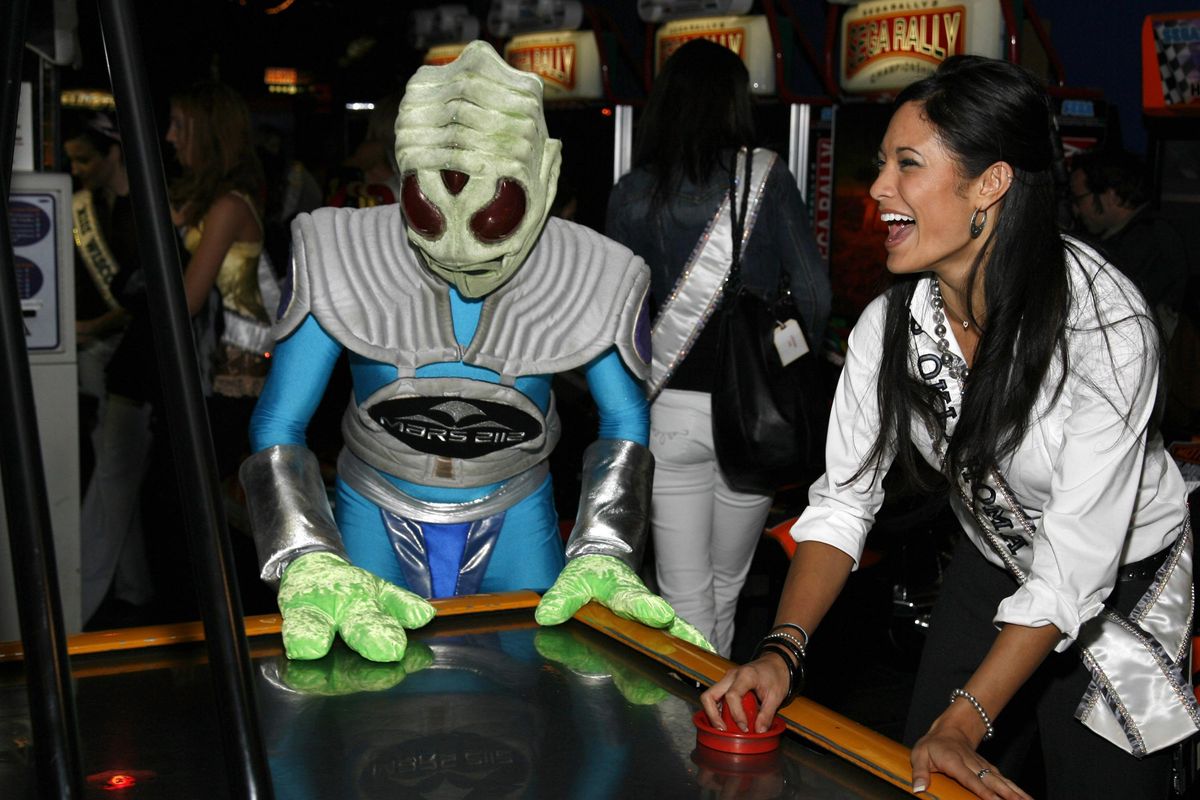 Before it became a place for zombied-out tourists traveling in packs from one jukebox show to another, Times Square was a raunchy wonderland of shame-based fizz and fun. I've written about some of the places that made the area so sleazily magical, but it all bears repeating, like a good meal that's not necessarily good for you. Here are eight gems from the glory (hole) days:

THE CAPRI, THE EROS, THE VENUS, AND THE ADONIS

Interestingly located adjacent to a Howard Johnson's, this was a rinky-dink but strangely appealing upstairs place where male strippers showed off their goods, then disappeared into rooms with the trenchcoat-wearing clientele. The blatant disrobing and hustling went on for years, way after Giuliani's Disney-fication of the area, so I had to wonder if they had blackmail material on someone. Also in the area: Stella's and Sally's Hideaway.

A long running dance club before it went for 19 more years as La Nueva Escuelita at 301 W. 39th Street, this was a transgender diva filled dance club with fabulous shows full of collagen, silicone, and arm gestures. The owner, Savyon "Ben" Zabar, also known as Big Ben, told me the place closed last year because people stopped coming, except for the regular straight night of male strippers, and he didn't want to make the club all straight, so he walked away. Tragically, he was strangled to death by a crazed masseur not long afterwards.

On a dank side street near Port Authority, this was a joyously libidinal bar full of stud bunnies in the know. If you were clued in enough to go, you fit right in with the mood, presided over by the lively owner, Buddha. Hell's Kitchen has tons of gay bars today, but they're impossibly clean compared to a place like Hombre, where the ambience was filled with skank and possibility. Other fun bars In the area included Cats and the Haymarket.

Back when trans people on the scene had more exaggerated work done, and when many of them were forced to be sex workers to pay the rent, this '70s disco was full of them, and I loved the glamorous realness (or fakeness?) of the ambience. A cobweb hung from the ceiling, with dangling acrobats, and it was my dream to get caught up there.

One place that was part of the smoothing over of the area in hopes of luring tourists actually worked for me. This futuristic, three-floor theme restaurant which opened in 1998 had a Mars landscape décor, with kookily dressed waiters practically out of The Jetsons as they served space-age food and drinks. It was nuts, and just the kind of well thought out escapism I thought could make the nabe more fun (if it had to be slick). But I did miss the sleaze!