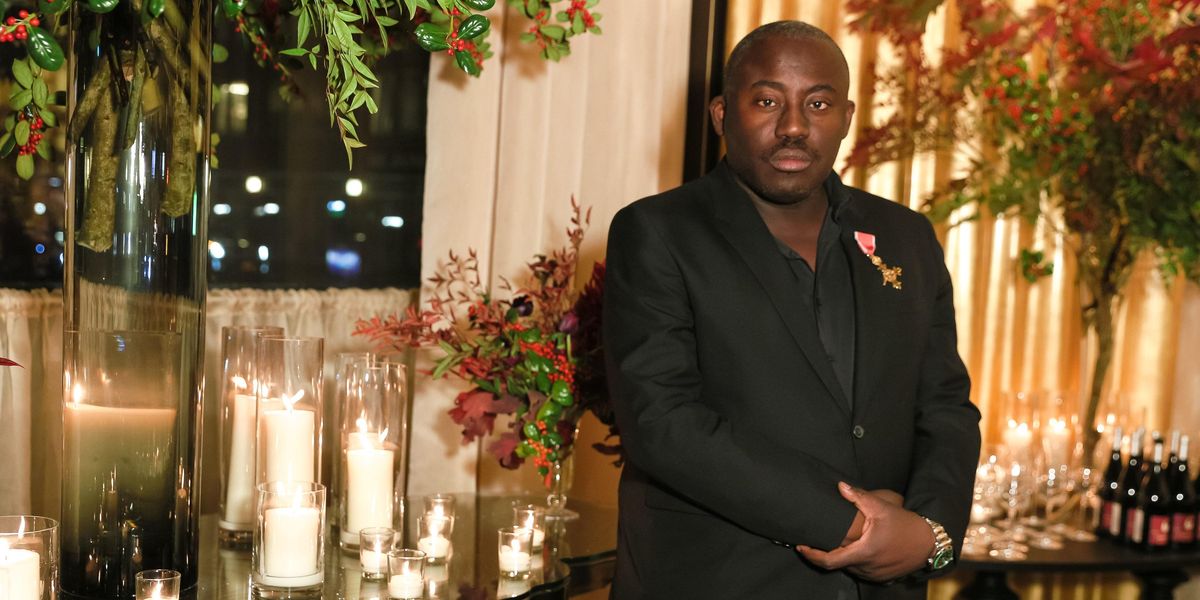 Back in January, Alexandra Shulman resigned from her post as editor-in-chief of British Vogue. The revered editor had held the post for a quarter of a decade and thought it was time to move on to the next chapter. For the past few months, we've waited with baited breath to see who would replace the titan, and today we now know who it will be: Edward Enninful. Enninful, who, for the past six years has served as the style director for W Magazine, will start his new position in August.

In a statement, the chairman and chief executive of Condé Nast International, Jonathan Newhouse, said, "I am pleased to announce the appointment of Edward Enninful, OBE, as Editor of British Vogue effective August 1, 2017. Edward is one of the most talented and accomplished fashion editors in the world." Describing the visionary as "an influential figure in the communities of fashion, Hollywood and music which shape the cultural zeitgeist," Newhouse seemed wholly confident in the decision, saying that Enninful was "supremely prepared to assume the responsibility of British Vogue."

The appointment of Enninful is important for a number of reasons. First, it marks the first time in its century-long existence that the magazine will be headed by a man. But while the placement of a man in a prestigious position for a primarily female-dominated industry is not the biggest reason to celebrate, it is exciting to know that Enninful will also be the magazine's first Black editor-in-chief. In our current climate, where the leaders of the fashion industry are constantly being criticized for their insensitivity with regard to cultural representation, this decision can make a world of difference. After all, it was Enninful who spearheaded the creation of Vogue Italia's instantly iconic "Black Issue" while the magazine was still being run by the late Franca Sozzani.