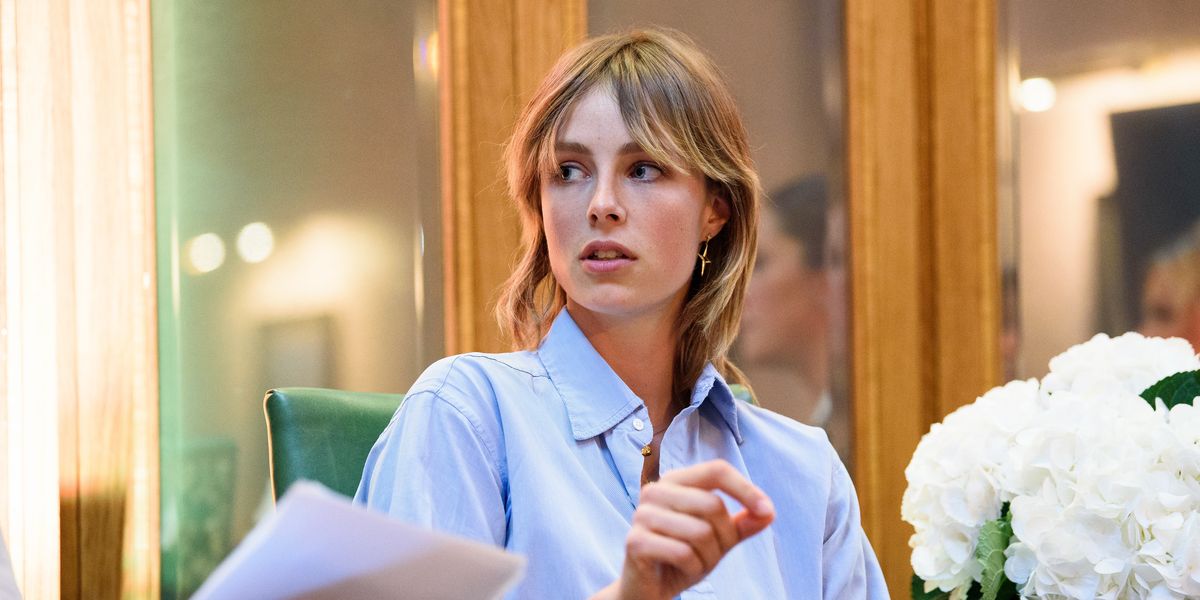 Model Edie Campbell would certainly know a thing or two about what can be improved in the fashion industry.

In a recent BBC Radio interview, the 27-year-old veteran, who has walked and campaigned for high-end brands like Burberry, Chanel, and Alexander McQueen since she was 15, opened up about the practice of models changing in front of people backstage and during castings and events, calling it "bizarre, uncomfortable and humiliating."

Elaborating further, Campbell stated that it's a common practice that models have no say in, though she has seen the practice change recently: "There was a moment in New York last season, so six months ago, where a lot of designers started putting up private changing areas," she says. "It was at that moment that I realized how bizarre and uncomfortable it was, and in a way humiliating, to have previously been encouraged to change, or been forced to change, in front of everyone. I think it adds to a much broader question of a dehumanization of the model and this kind of objectification that is a symptom of a bigger problem."

"[Agents] are responsible for the physical and mental wellbeing of the models they represent [...] When a model comes to you, listen."

Campbell notably praised Philosophy di Lorenzo Serafini for being the only designer to provide private changing rooms for models during Milan Fashion Week in February. And in general, she has been using her platform to promote awareness and call attention to mistreatment and abuse of models, having penned an open letter for Women's Wear Daily last year, fittingly at the height of the #MeToo movement last fall.

In the letter, Campbell writes that the often casual nature of fashion leads to blurred lines of personal and professional conduct, and what constitutes acceptable behavior within those scenarios, especially calling out those who witness or are privy to inappropriate situations and do nothing. She calls for greater accountability among the powers that be, specifically with agents.

"[Agents] are responsible for the physical and mental wellbeing of the models they represent," Campbell writes. "Don't sell your model out to protect your relationship with a photographer or stylist. When a model comes to you, listen. Lastly, there should be no tolerance of abuse. Isolated incidents are often not isolated. Question your working practice. Question the situations that have been normalized. Why is it acceptable that models are sent alone to photographers' homes for castings? Be aware of the situations in which you place your models, and be aware of the kind of silent pressures and power plays to which they are vulnerable. If all agencies, casting directors, stylists took the same hardline approach against those that you know to be abusers, we might be closer to finding a solution. And to all the others: Don't stay silent. Your inaction is complicity."