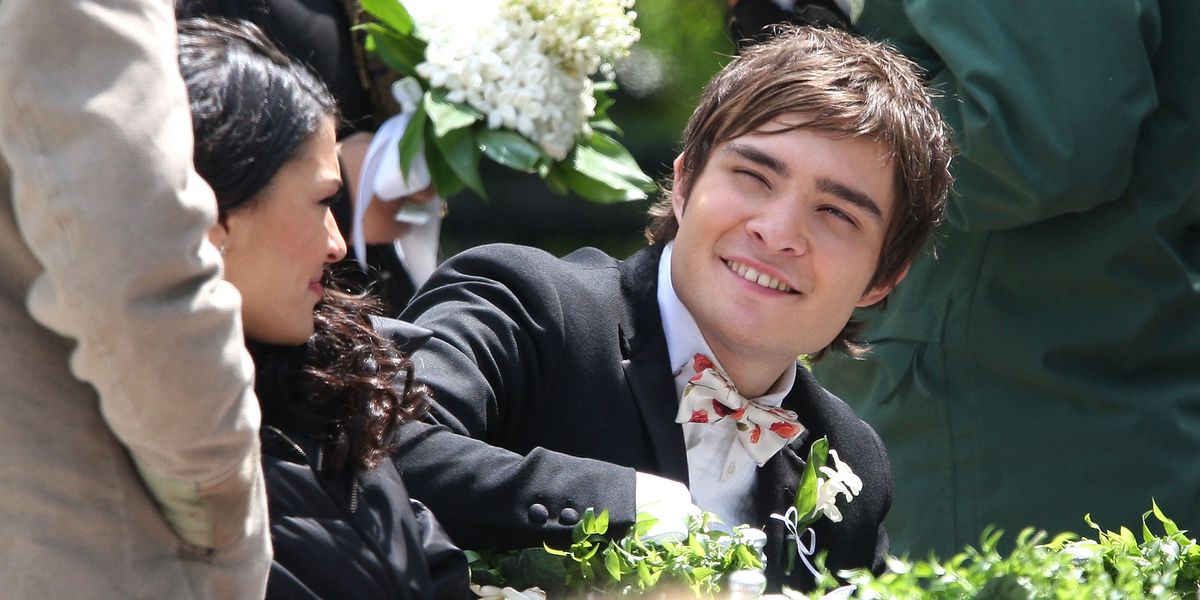 In September 2007, a television show-cum-national movement was born, and in less than three weeks, that show, The CW's Gossip Girl, will celebrate its ten year anniversary. To mark the occasion, today, Vanity Fair unveiled their complete oral history for the show. The whole thing has some very interesting contributions from the entire cast (except Penn Badgley's Dan Humphrey—aka Lonelyboy—who declined to comment for the piece). There is the fact that Blake Lively compared her experience filming the series to acting on a "sketch show," saying, "We were basically sort of reading off of cue cards," and there is the reveal that Leighton Meester originally auditioned to play Serena van der Woodsen before deciding for herself that she'd be a better fit for Blair Waldorf. To get into the role, Meester, who was then blonde, "went to the sink and dyed her hair."

But one of the more interesting tidbits of information came from Ed Westwick (aka everyone's guilty pleasure uber-rich villain Chuck Bass). In the section about the show's final episode, in which the identity of the Gossip Girl is finally revealed, Westwick claims that he still doesn't know who the titular character really was. After being asked via email what some of his favorite plot points from the series were, Westwick responded, "I still am not sure who GG was lol."

Almost everyone on the planet knows that Gossip Girl was revealed to be Dan Humphrey in the show's final episode—a reveal that anyone with a working memory of the series' previous five seasons could easily cite as virtually impossible, but I digress. However, somehow Ed Westwick has conveniently been kept in the dark...for all these years. Nevermind that a quick Google search would reveal as much. I guess our little Chuck Bass just does not care.