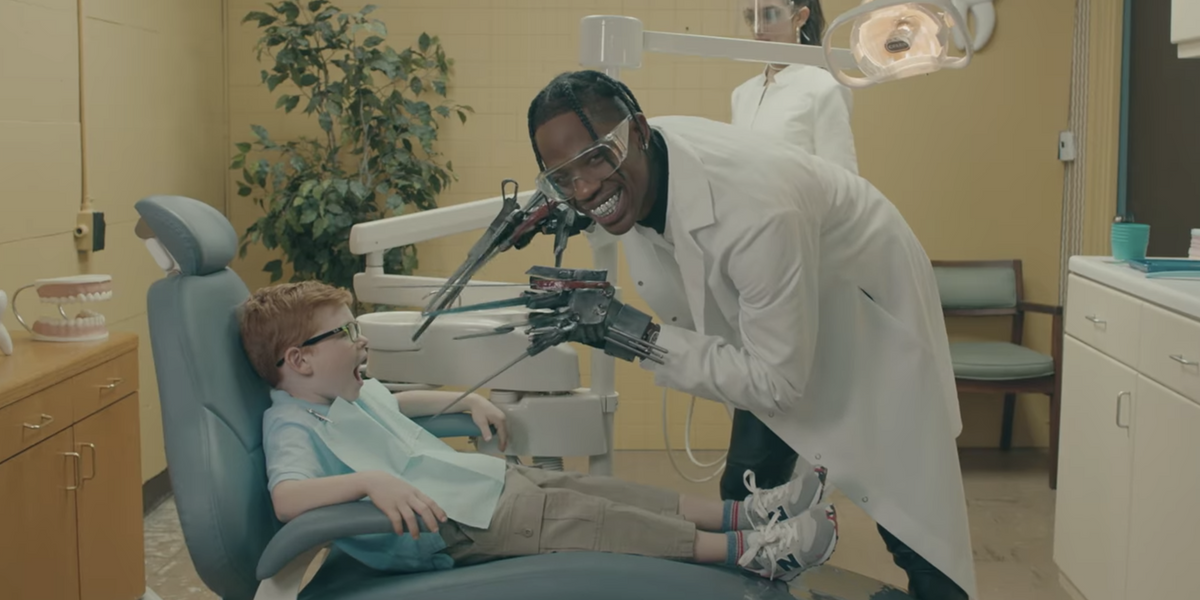 Please Explain Ed Sheeran and Travis Scott's Video to Me

Artists everywhere have been quaking in fear for the return of Ed Sheeran to the charts after the critical and commercial success of his third studio album, ÷, and its hit single, "Shape of You." When he announced that his fourth studio album, titled No.6 Collaborations Project, would consist solely of songs with all-star features, everyone began quaking just a little bit more. Now, it's out there in full, and if a lineup of appearances from the likes of Young Thug, Camila Cabello, Cardi B, and H.E.R. wasn't enough to convince you — the tracks are bangers.

The undisputed bop of the album is Sheeran's collab with Travis Scott, "Antisocial." The beat is very un-Sheeran, all things considered, sounding like the love child of "Sicko Mode" and a Days Before Rodeo-era hit on Scott's end. Fans of Sheeran's original indie-pop crooning will likely find themselves with little to enjoy, but that's all well and good considering that "Antisocial" opens up a door to a trap-pop genre that Sheeran has yet to explore in depth. We have to talk about the elephant in the room, though: the music video.

I'm confused, excited, and genuinely scared by the sheer chaos of the video for "Antisocial." Directed by Dave Meyers — arguably the biggest name in modern music video-making, having worked on Billie Eilish's "Bad Guy" and Taylor Swift's "ME!" this year alone — it's a random trip that I'm hoping and praying has some sort of backstory. Sheeran dons more wigs than a contestant on RuPaul's Drag Race, plays a range of characters in a seemingly unconnected narrative, and gets fondled by a pair of QVC saleswomen. Scott also takes part in the craziness, playing a bodybuilder, a deranged scissor-handed dentist, and an astronaut. It's pure fun, and sure, it's well shot, but I really just need to know what's going on! Please help!