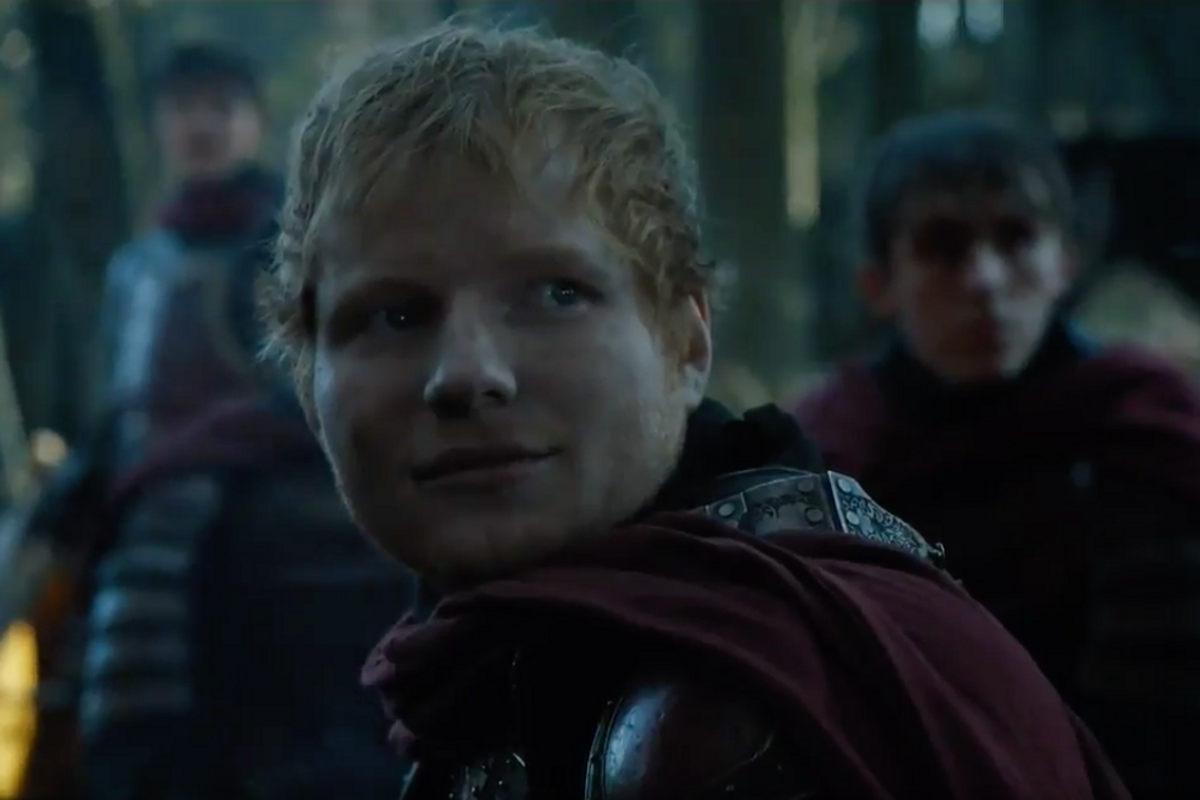 Last night, Game of Thrones returned to HBO for the premiere of its seventh season, and aside from some stunning new plot points that I won't spoil here, there was one very noticeable cameo from a certain red-haired crooner that you don't have to be a GoT fan to know.

The Internet responded to the appearance of Ed Sheeran suddenly sitting by a campfire in Westeros in its typical, mocking fashion:


When Ed Sheeran's presence in #GoTS7 throws you off but the song he was singing is a bop. pic.twitter.com/KuGXzcueyP
— cookies&Corinthians (@AKempChronicles) July 17, 2017

With @edsheeran in Westeros, I expect to see @Migos beyond the wall at some point this season #ThronesYall #DemThrones pic.twitter.com/7VgQ4ADlNJ
— jess (@finesselyn) July 17, 2017

when you're riding around westeros and stumble upon an Ed Sheeran concert pic.twitter.com/CUEm3zYjDh
— ken (@robbbsdany) July 17, 2017

Ed Sheeran appearing on game of thrones but not being brutally disemboweled was very disappointing
— Brandy Jensen (@BrandyLJensen) July 17, 2017

A few sane internet denizens pointed out that the cameo wasn't so strange after all:

Friends, please tell me more about how seeing Ed Sheeran in your dragon show is unrealistic.
— Ronald Funches (@RonFunches) July 17, 2017

While some were just plain upset:

See for yourself if lil Ed ruined the series or not: