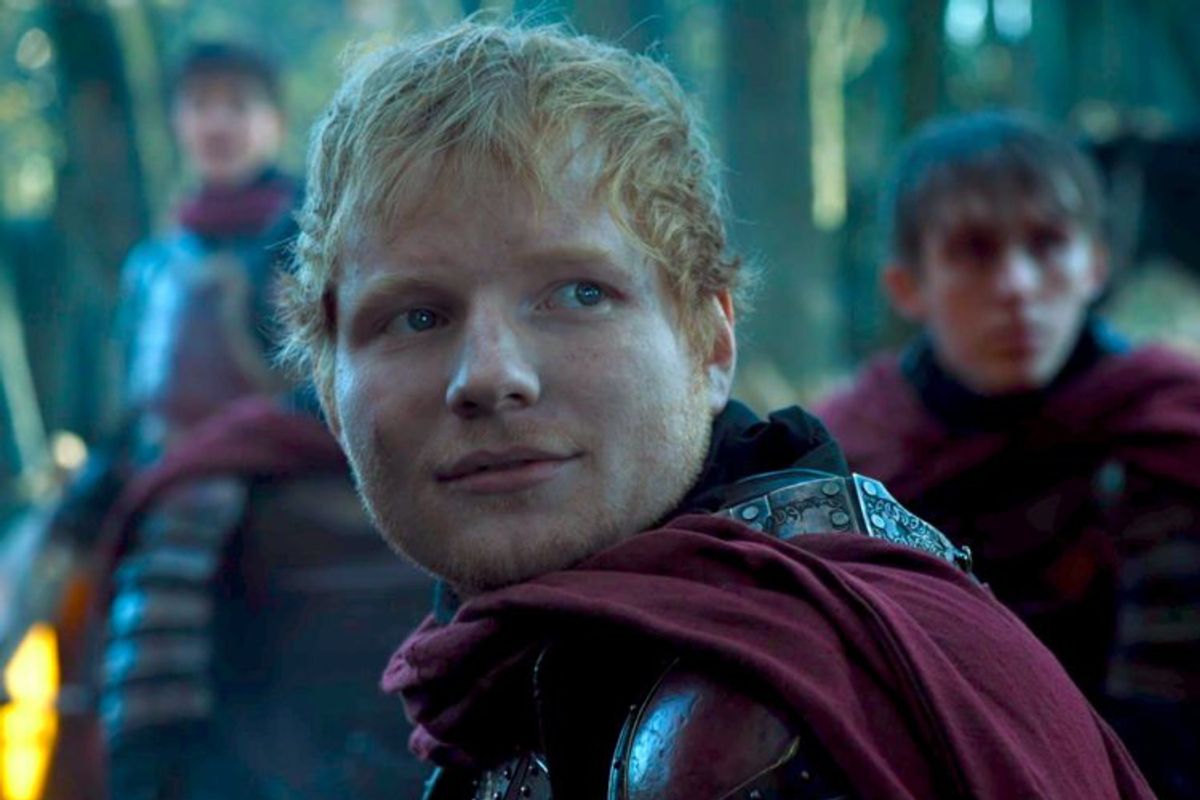 Welp, winter has officially come for Ed Sheeran's Twitter account. The singer's had a tepid relationship with the medium for some time now, announcing that he was quitting Twitter earlier this month after growing tired of the never-ending stream of abuse and ginger jokes. "I've actually gone off Twitter completely," he told The Sun. "One comment ruins your whole day."

Sheeran's taken a year-long social media fast to combat this problem in the past, but It seems that the less-than-warm reception for his Game of Thrones cameo this weekend finally pushed him over the edge and now his handle is no more. On the premiere of season seven of GoT, Sheeran played a Lannister soldier that Arya encounters in the forest. All he did was sing a little song and run through an array of earnest expressions, but we all know that's more than enough to get the trolls going. Many complained that his appearance was a pointless distraction, taking the viewer out of the world of the show, while others had more constructive suggestions for the show runners: