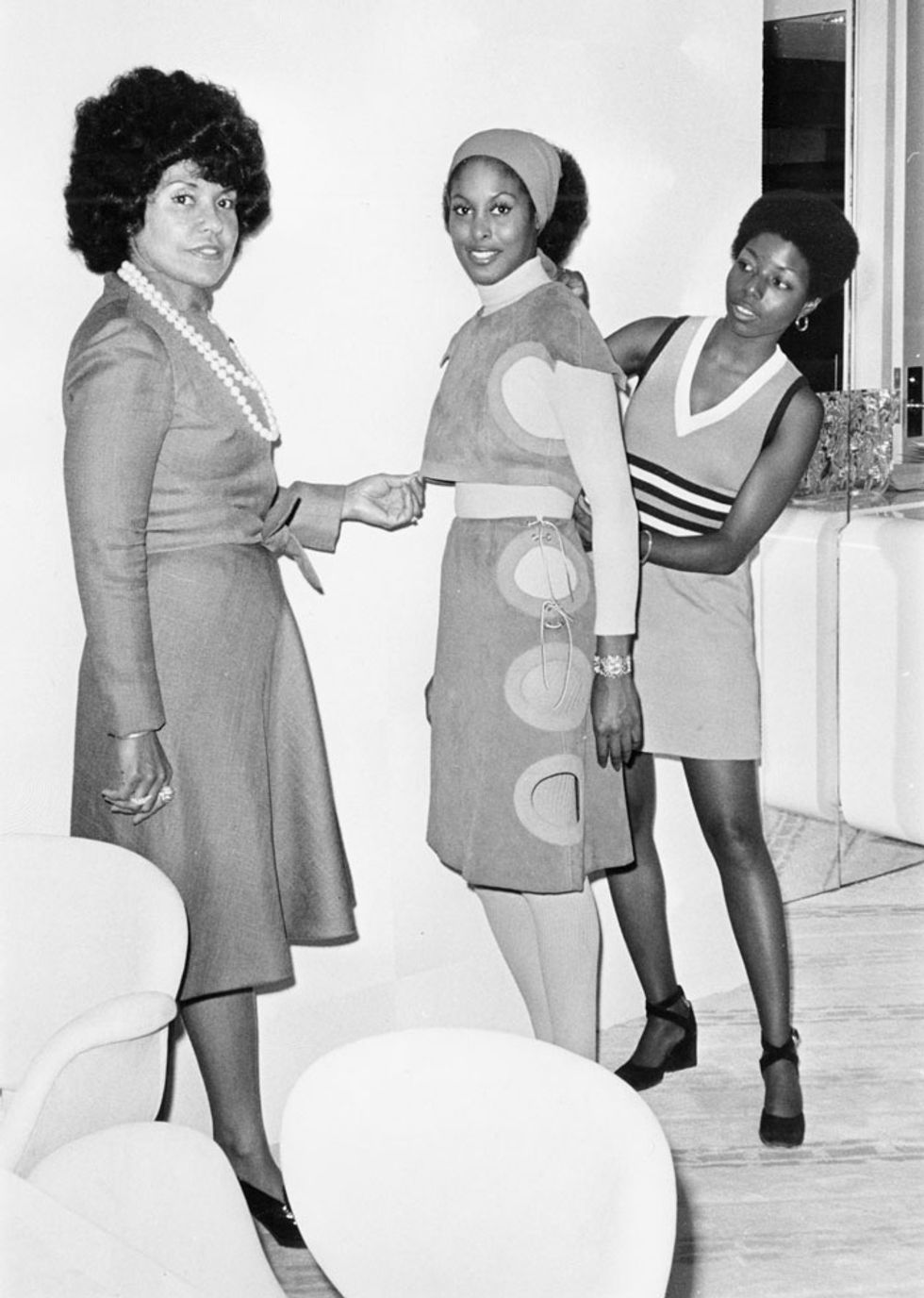 The founder of the Ebony Fashion Fair, Eunice Johnson (at left).

In 1956 Eunice Johnson -- whose husband John Johnson published the African-American magazines Ebony and Jet -- founded the Ebony Fashion Fair. The fair became the world's largest traveling fashion show, bringing the dazzling couture and ready-to-wear designs Johnson collected from the runways of Paris, Milan and New York to life in smaller communities across the U.S. To celebrate Johnson's legacy, her daughter and current chairman of the Johnson Publishing Company, Linda Johnson Rice, put together a show featuring sixty of her mother's most amazing, fashion-forward looks that will open this March at the Chicago History Museum. "She had a very precise eye," says Rice of her mother's collection which includes pieces by designers Oscar de la Renta, Stephen Burrows, Christian Dior and Yves Saint Laurent.

Ebony Fashion Fair opens on March 16th at the Chicago History Museum and will run through January 4, 2014.