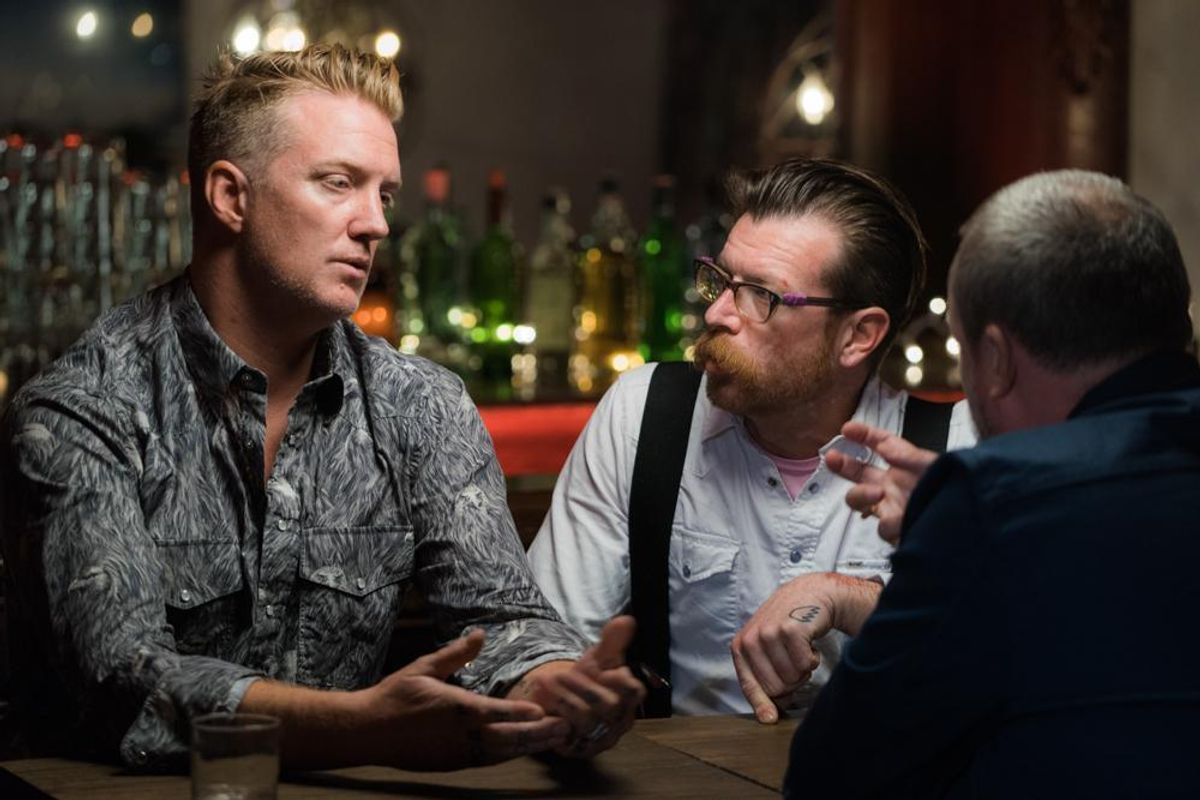 Following a statement released by Eagles of Death Metal last week on the Paris terrorist attacks, the band has given their first official interview to Vice about what happened during their Bataclan theater concert when terrorists stormed the venue mid-show and shot 89 people, including a crew member. The heartbreaking Q&A with Shane Smith outlines the harrowing lengths that the band and their crew, audience members and strangers on the street went to to try and help each other out of the venue amid the horrific chaos. The band, which has been raising money for victims of the attacks, vows to return to Paris as soon as they can.