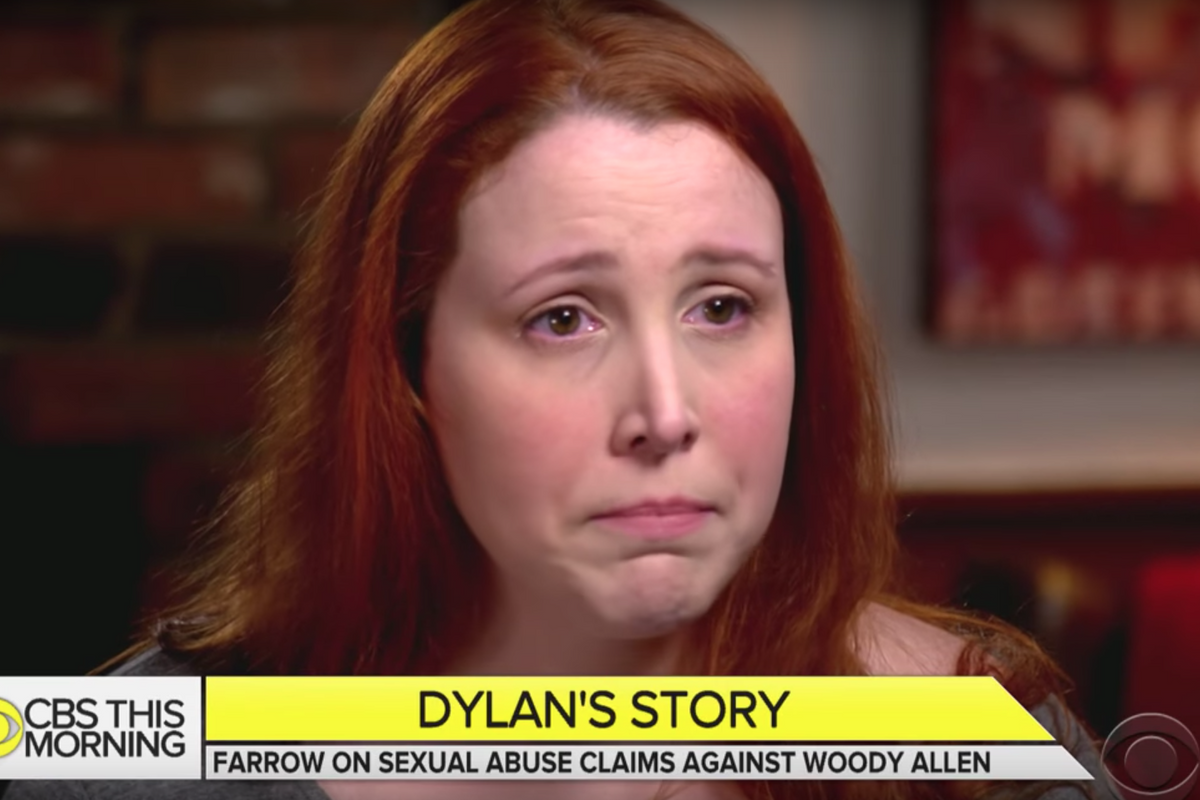 As the #MeToo frenzy reached its peak, Dylan Farrow — the adopted-daughter of Woody Allen who has long-claimed he sexually assaulted her as a child — called the industry to account as to why Allen was left-out of the Harvey Weinstein-incited reckoning. It was an open letter that saw many actors react, either claiming to never again work with Allen or donate their salaries from appearing in Allen's films to charity, but today Farrow has gone on CBS to recount in full how Allen abused her.

Talking to CBS This Morning's Gayle King, Farrow recalled how at 7-years-old, in the attic of her mother's Connecticut country house, Allen instructed her to lie on her stomach and play with a toy train set while he touched her genitals. When the assault allegations emerged in 1992, Allen claimed that Dylan Farrow was being coached by her mother, Mia Farrow, so that their divorce proceedings and custody battle would favor her — something Dylan calls "crazy."

"What I don't understand is how is this crazy story of me being brainwashed and coached more believable than what I'm saying about being sexually assaulted by my father," she said. "He's lying, and he's been lying for so long."

Allen responded to Farrow's appearance in a lengthy statement submitted to the show, it reads as follows:

"When this claim was first made more than 25 years ago, it was thoroughly investigated by both the Child Sexual Abuse Clinic of the Yale-New Haven Hospital and New York State Child Welfare. They both did so for many months and independently concluded that no molestation had ever taken place. Instead, they found it likely a vulnerable child had been coached to tell the story by her angry mother during a contentious breakup.

Dylan's older brother Moses has said that he witnessed their mother doing exactly that — relentlessly coaching Dylan, trying to drum into her that her father was a dangerous sexual predator. It seems to have worked — and, sadly, I'm sure Dylan truly believes what she says.

But even though the Farrow family is cynically using the opportunity afforded by the Time's Up movement to repeat this discredited allegation, that doesn't make it any more true today than it was in the past. I never molested my daughter — as all investigations concluded a quarter of a century ago."