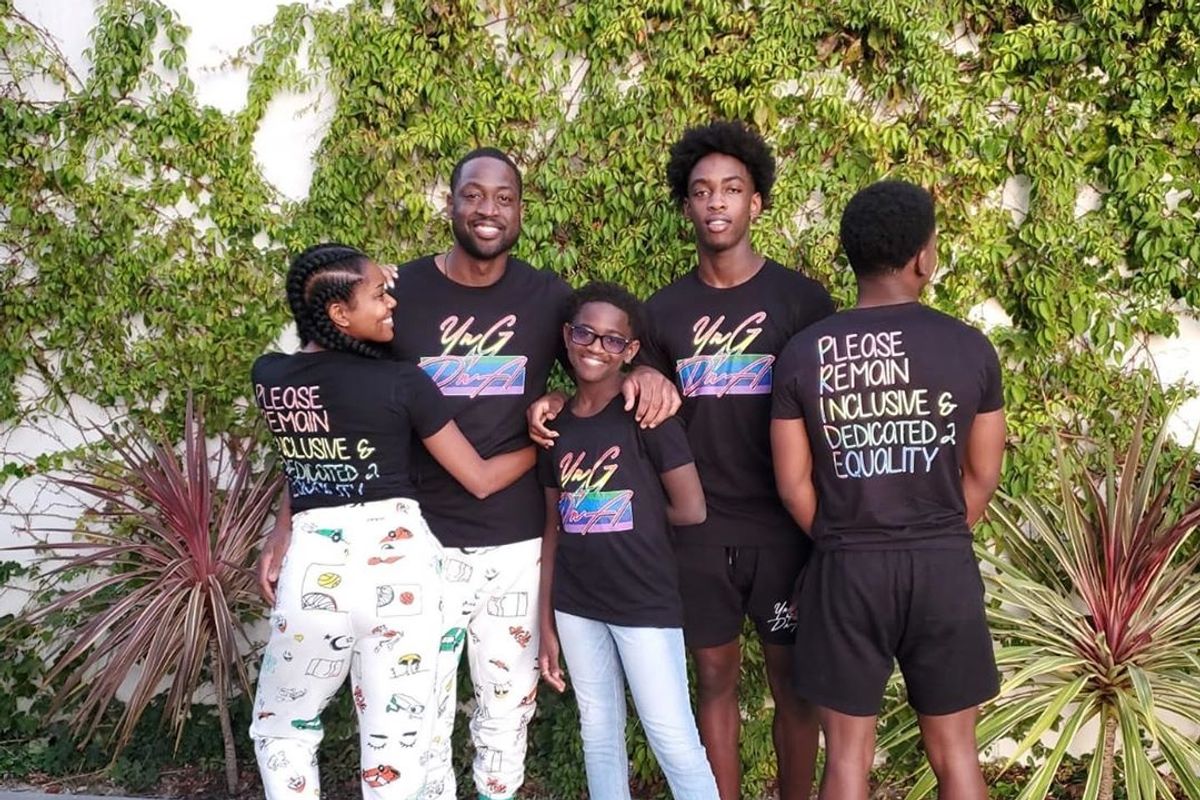 Dwyane Wade appeared on the basketball podcast "All the Smoke" on December 19 to discuss his post-Miami Heat career, marriage and family. The NBA legend talked parenting and supporting his 12-year-old child Zion, whose pronouns are she/her.

Wade sat down with Matt Barnes and Stephen Jackson for their podcast and referred to Zion with she/her pronouns. "I've watched my son from day one become into who she now eventually has come into," Wade said around the 30:15 mark.

Zion was recenty a target of online bullying and harassment for wearing a crop top and having manicured nails in a family photo, as seen in Gabrielle Union's Instagram. Wade came to Zion's defense last month with a powerful tweet.

Barnes referenced hateful online comments, and Wade praised Zion's resilience. "You want to talk about strength and courage?" Wade asked. "My 12-year-old has way more than I have. You can learn something from your kids."

Since the episode's release, Wade's love for Zion continues to inspire his LGBTQ+ fans and Twitter users alike. Many tweeted about wanting more fathers like Wade and stepmothers like Union, who publicly support their children unconditionally when gender fluidity can often be persecuted and misunderstood.