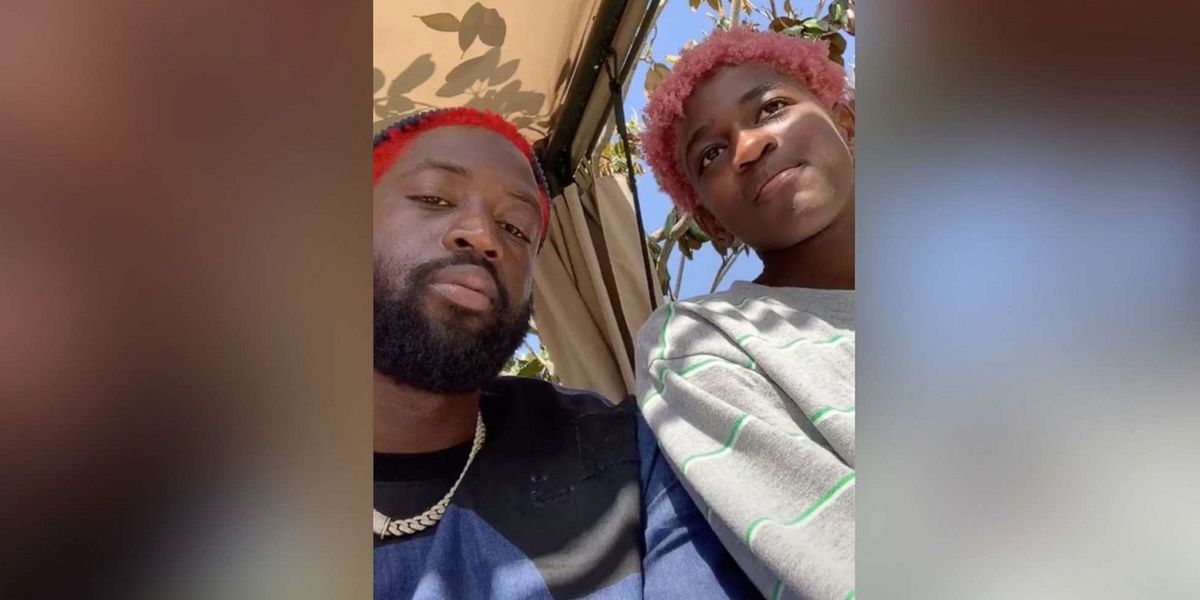 Dwyane Wade, Father of the Year, shared a new TikTok video over the weekend sporting a red hot hairstyle.

In one of his videos, Wade first slowly walks into the pool showing off his new color, before it transitions into a shot of him sitting in a white Porsche with his daughter Zaya, who has matching hair. Wade captioned the video with the hashtags #WeDifferent and #DeepEnd.

In a second video, they lip-sync and share close-ups of their new hair. While some beauty experts might advise against sudden haircuts under quarantine, this one really works well for the pair. "When they think they know you, switch it up," Wade says in the video. "Red hair, don't care."

In recent months, both Dwyane Wade and stepmom Gabrielle Union have opened up about being proud parents to their 12-year-old daughter, who recently came out to them as trans. Their continued support of Zaya sets a fine example for parents of LGBTQ children everywhere.