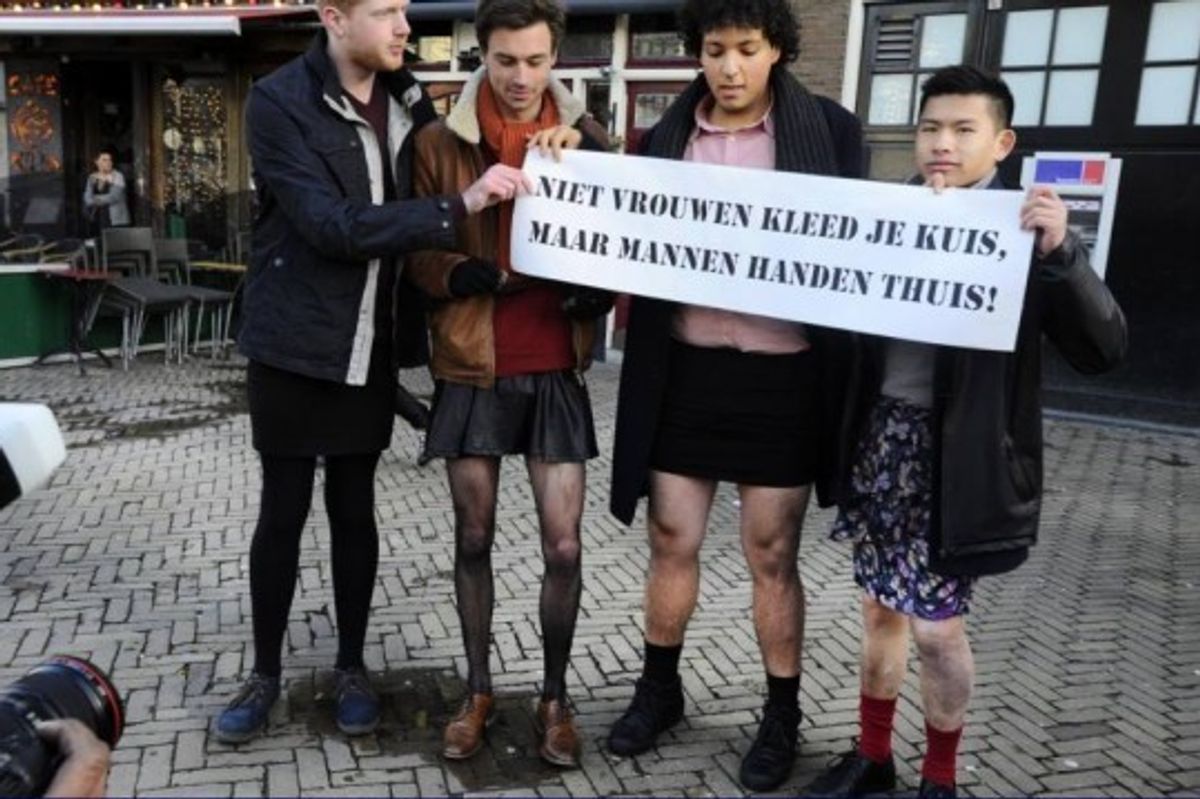 After dozens of women were sexually assaulted in Cologne, Germany this past New Year's Eve, Dutch men joined female protesters in the (freezing) streets of Amsterdam this past weekend to shut down all the victim-blaming -- and in miniskirts, no less.

In a show of support for the dozens of women who were robbed, groped and raped by nearly 1000 men who surrounded Cologne's central train station that night, men and women alike stripped down in the shivery temps to chant statements like "Yes means yes!" and "No means no!". And while the argument may seem obvious, many official reactions have been disappointingly dismissive -- including those of Mayor Henriette Reker, who said women should adhere to a "code of conduct" that advises them to dress modestly and stay away from strangers. As such, male and female protesters felt it necessary to remind people that the "she was asking for it" argument is never acceptable and support the victims, not to mention shift attention away from the attackers being alleged migrants to, uh, the actual attacks -- another salient point especially in the wake of many xenophobic responses to the incident.