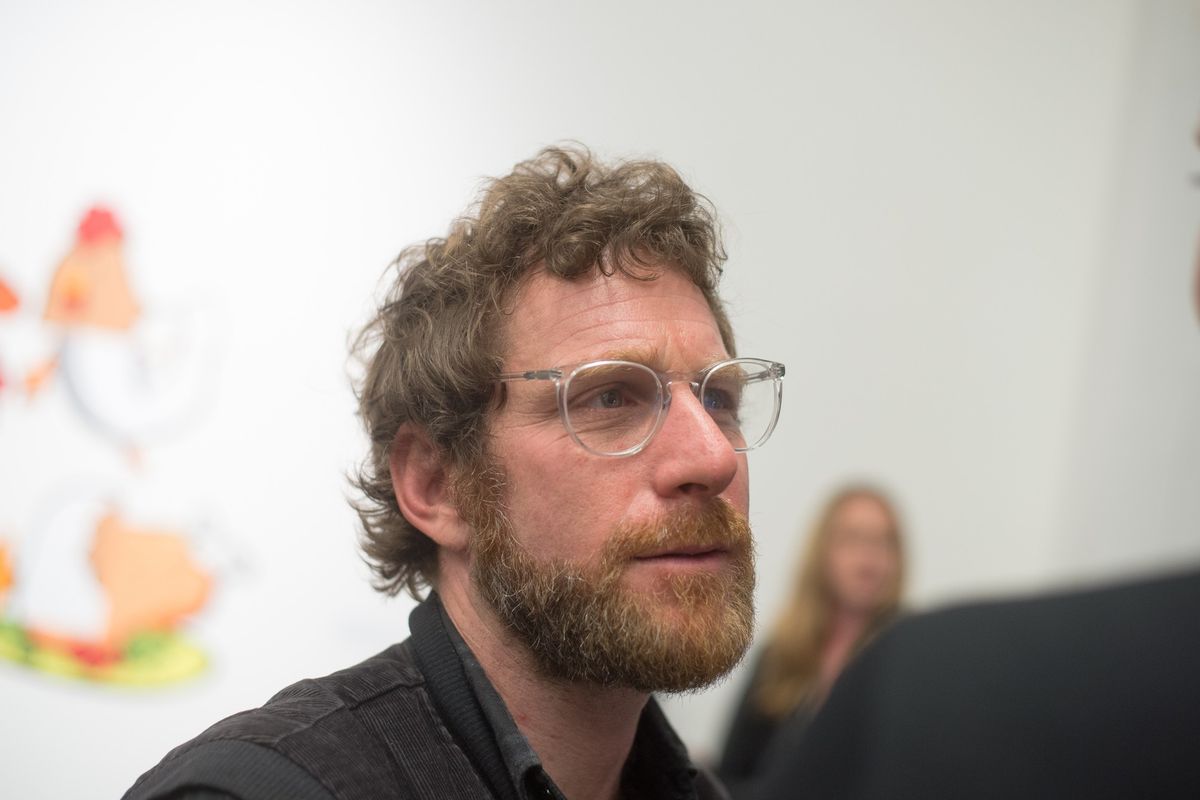 Brooklyn artist Dustin Yellin has moved out of his analog ways into something a little more futuristic for his latest pieces. While his signature works include 3D sculptures and glass collaging, Yellin considers his aesthetic to be "analog Polaroids of VR."

It's something that makes sense when you think about why he's now dabbling in the realm of VR and art. For his latest work, Google approached him and several other artists for Tilt Brush—the company's new technology that lets users "paint" using VR technology. Both Yellin and artist Jeff Koons had access to Google's technology early—VR headsets and controllers that partygoers will also use to create artwork. They've spent the past month making complicated VR pieces and studying the technology in the studio.

As this evolves, and I might be able to scan pieces of collage and maybe video and things like that, this is going to get bananas," Yellin said. "But even now, what a way for me to make a sketch, or practice an idea that I'm thinking about or test space."

Tilt Brush's and Pioneer Works have really been working hand-in-hand and the headset and software will continue to live in the studio's tech lab for other artists to create futuristic works of their own. This weekend, partygoers will experience this firsthand as Yellin will set up three virtual reality stations at the Village Fête where guests can experiment with the technology.

This Sunday, May 1 the Village Fête will take place at Pioneer Works in Brooklyn.