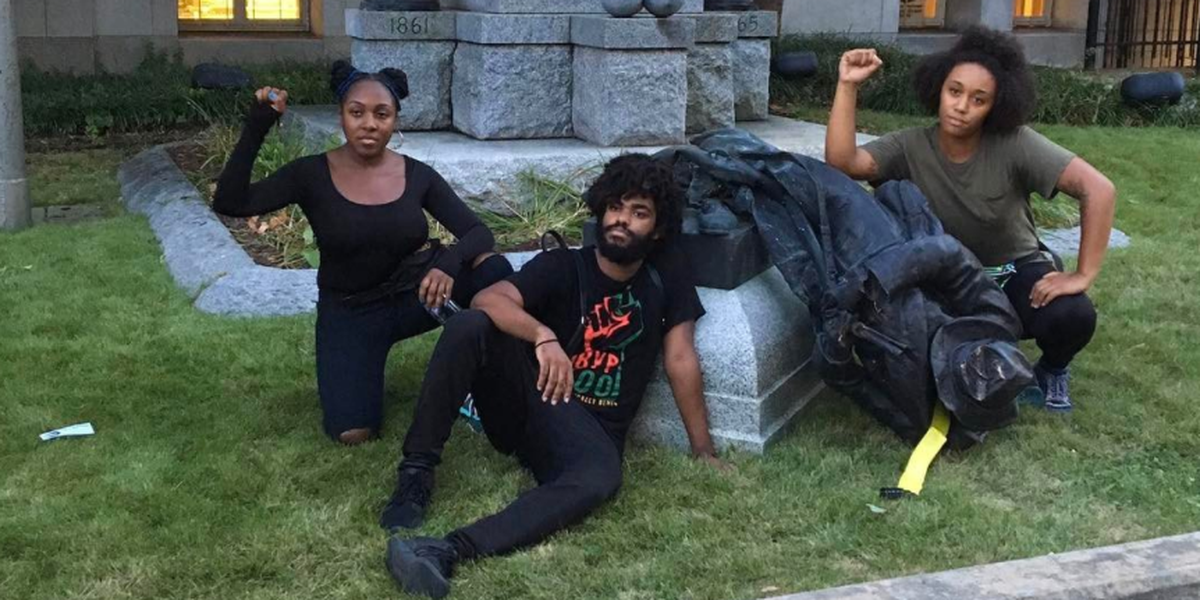 States all over the US have, or are publicly considering, pulling down monuments that celebrate the Confederate army in response to the abhorrent showcase of white supremacy in Charlottesville over the weekend. However that hasn't stopped demonstration organizers in Durham, North Carolina, who took matters into their own hands and pulled down a statue in their own town, from feeling the crushing hand of the law.

Today, approximately 50 people involved in the toppling turned themselves into their local police station in solidarity for those who had already been arrested for the protest. Another 50-100 people cheered them on, chanting, "Thank you, we love you," as the group filed into the building. ABC11 reports that three of those turning themselves in had warrants out for their arrest and were taken into custody, the rest were "turned away."

Mass turn-in at the jail today to demand charges be dropped! If you target some of us, you'll have to arrest all of… https://t.co/0EnNAMbrFi
— lieutenant (@lieutenant)1502973572.0

Takiya Thompson, the 22 year-old student and "new hero" of Solange who was one of the leading activists behind the protest, has been charged with felony offenses "participation in a riot with property damage in excess of $1,500" and "inciting others to riot where property damage exceeds $1,500," as well as several misdemeanors, including "damage to real property" and "disorderly conduct by injury to a statue."

The Sheriff's deputies reportedly raided the houses of four of those behind the demonstration, including Thompson. Today, protesters made speeches denouncing hate and the importance of standing in solidarity with those punished.

If you too wish to contribute to the cause in the aftermath of Charlottesville, see our list of five things you can do to help.