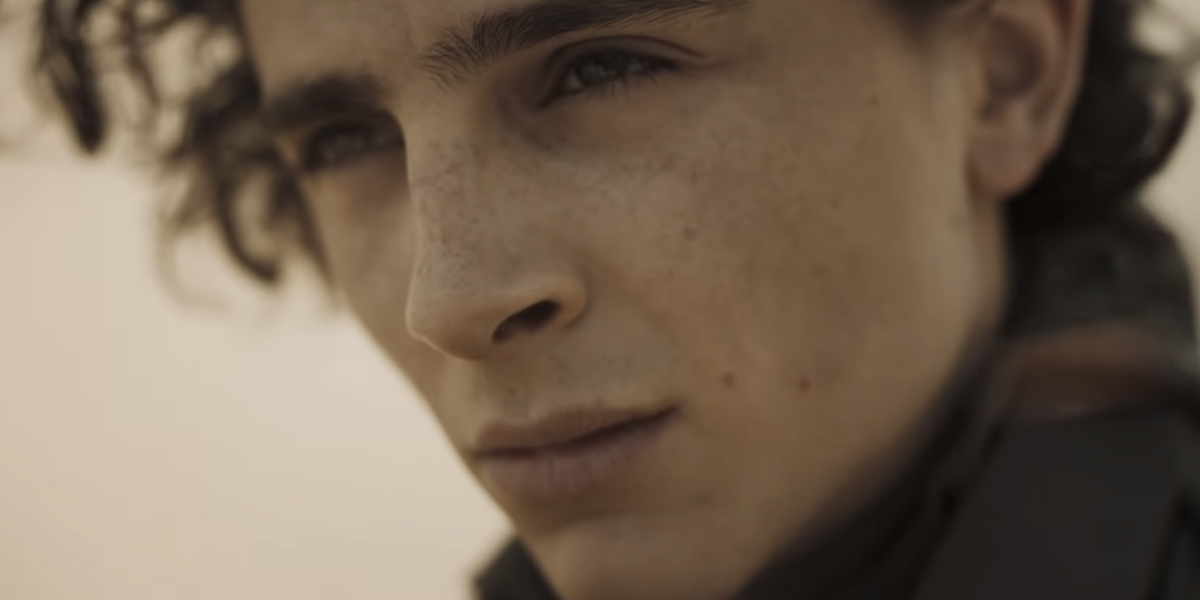 The first trailer for Denis Villeneuve's star-studded Dune adaptation is finally here and, boy, is it a trip.

Starring Timothée Chalamet as Paul Atreides, a brooding space prince whose family has taken over the desert planet Arrakis, which is filled with giant CGI sandworms and the galaxy's most valuable resource: A space travel-facilitating drug called "spice."

Naturally, this makes his family the enemy of another royal house who Paul is forced to fight off, all while attempting to "contain, control, or maybe even prevent his great and terrible destiny." And then, to further complicate things, he ends up falling in love with an indigenous warrior named Chani, played by none other than the inimitable Zendaya.

Based on Frank Herbert's 1965 novel of the same name, this latest adaptation follows a TV version and the 1984 cult classic directed by Twin Peaks mastermind David Lynch and starring Kyle Maclachlan. And though this may be quite the legacy to live up to, as the trailer shows, Chalamet is most definitely up for the challenge.

Dune is scheduled to be released on December 18. In the meantime though, watch the entire trailer for yourself, below.