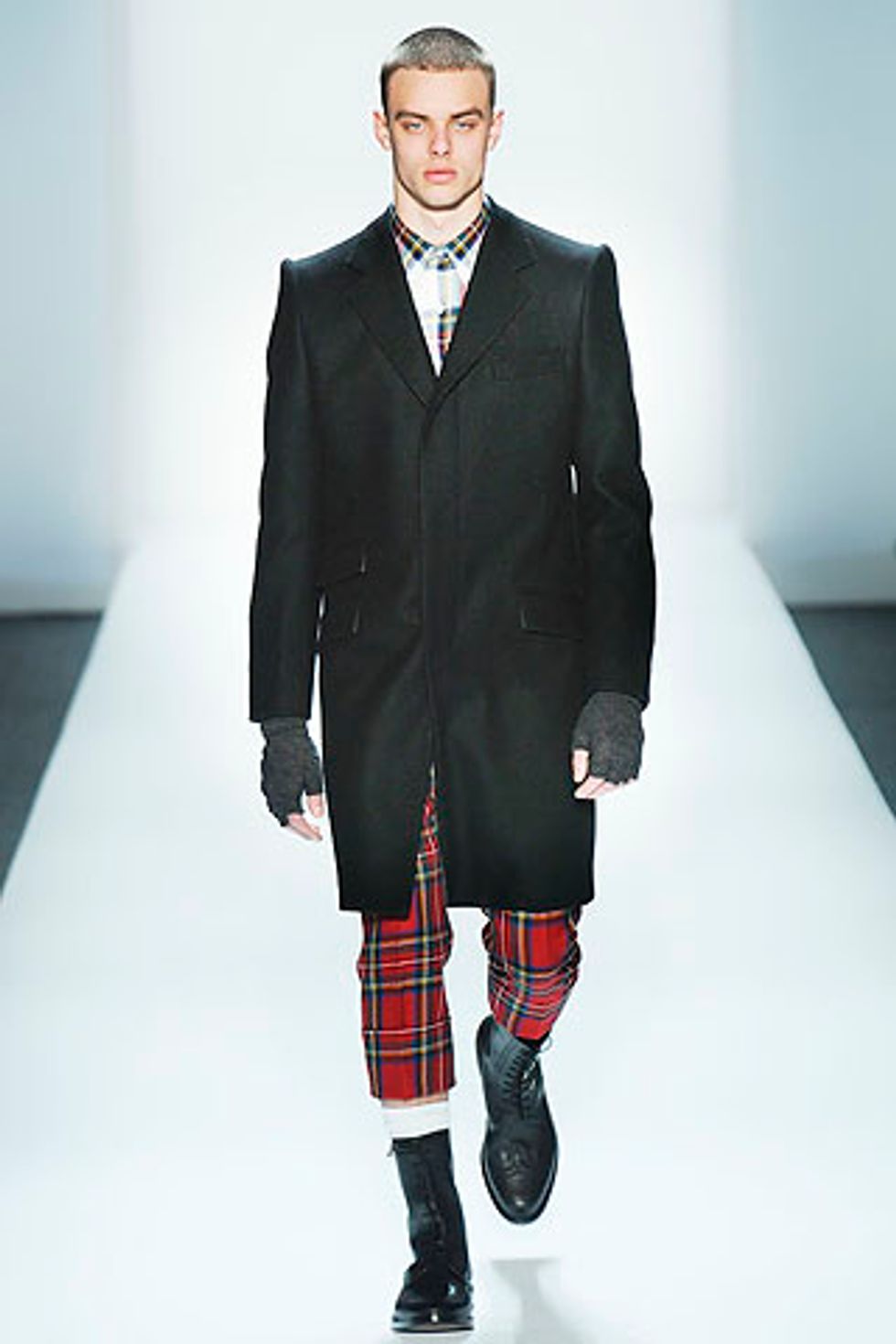 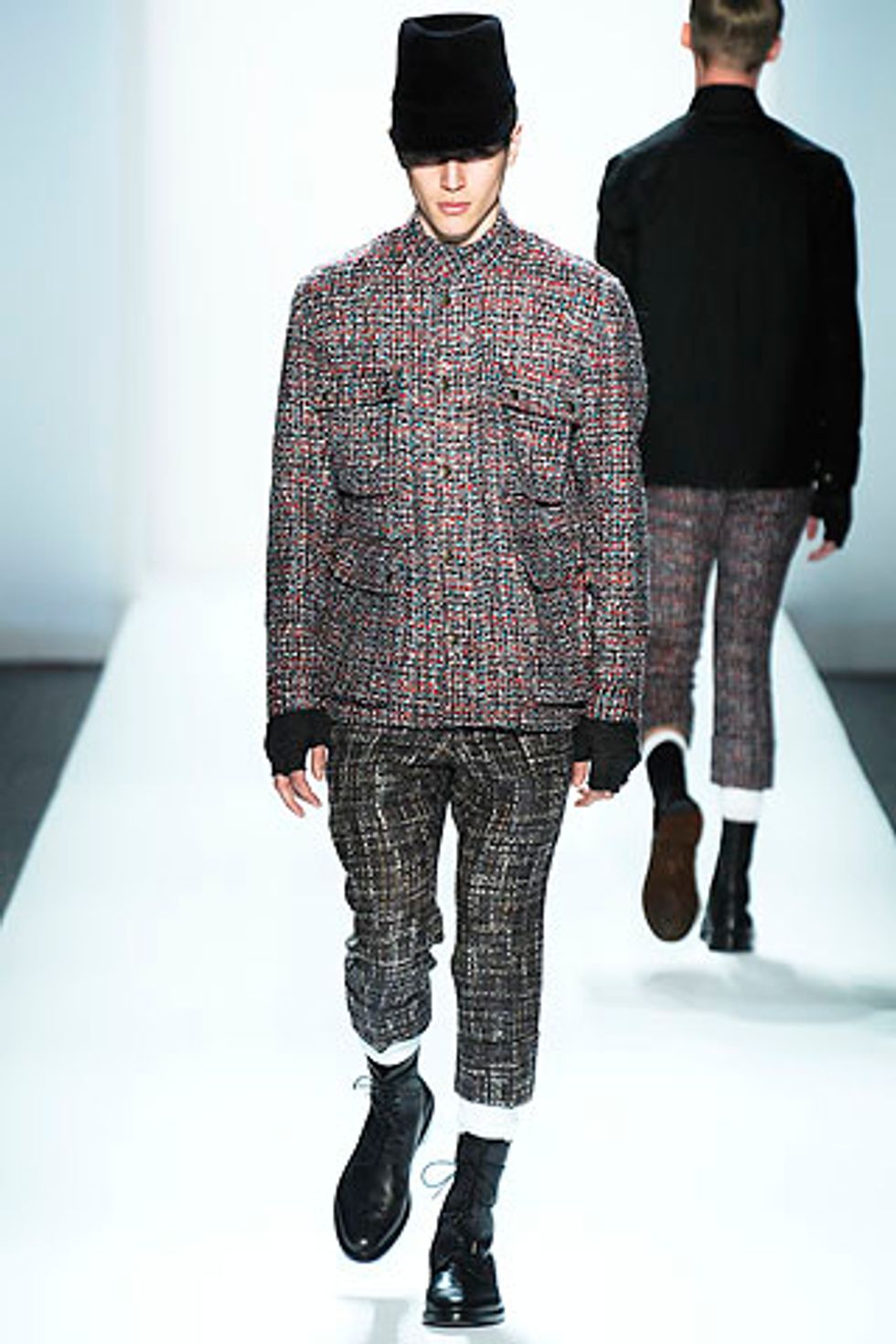 If an English Lord had a son with an affinity for tailoring and a fixation for punk rock, then he might be sporting something similar to the duds strutting the runway at Duckie Brown's fall show yesterday. Daniel Silver and Steven Cox, the talented brains behind the nine year-old label, have turned to eighties-era youth for inspiration this season. A highly stylized take on working class utilitarian garb was the departure point for the silhouette with a wide variety of coats and jackets ranging from short trenches to felt bombers. Trousers keep getting shorter and Duckie Brown pushed the hemlines to above the ankle leaving a peek of white tube sock peering through. A plethora of plaids and DB's trademark bold color accents -- a fire engine red bomber and a lime trench, for example -- added the unorthodox flair we have come to admire and expect from the house. A few dark denim pieces and heavy lace-up combat boots heightened the street appeal while the three bruised tweed looks that closed the show took punk into new territory. And though this collection was certainly their most commercial to date, Cox and Silver never lose sight of their design identity consistently presenting new proportions and interesting textures to the market. 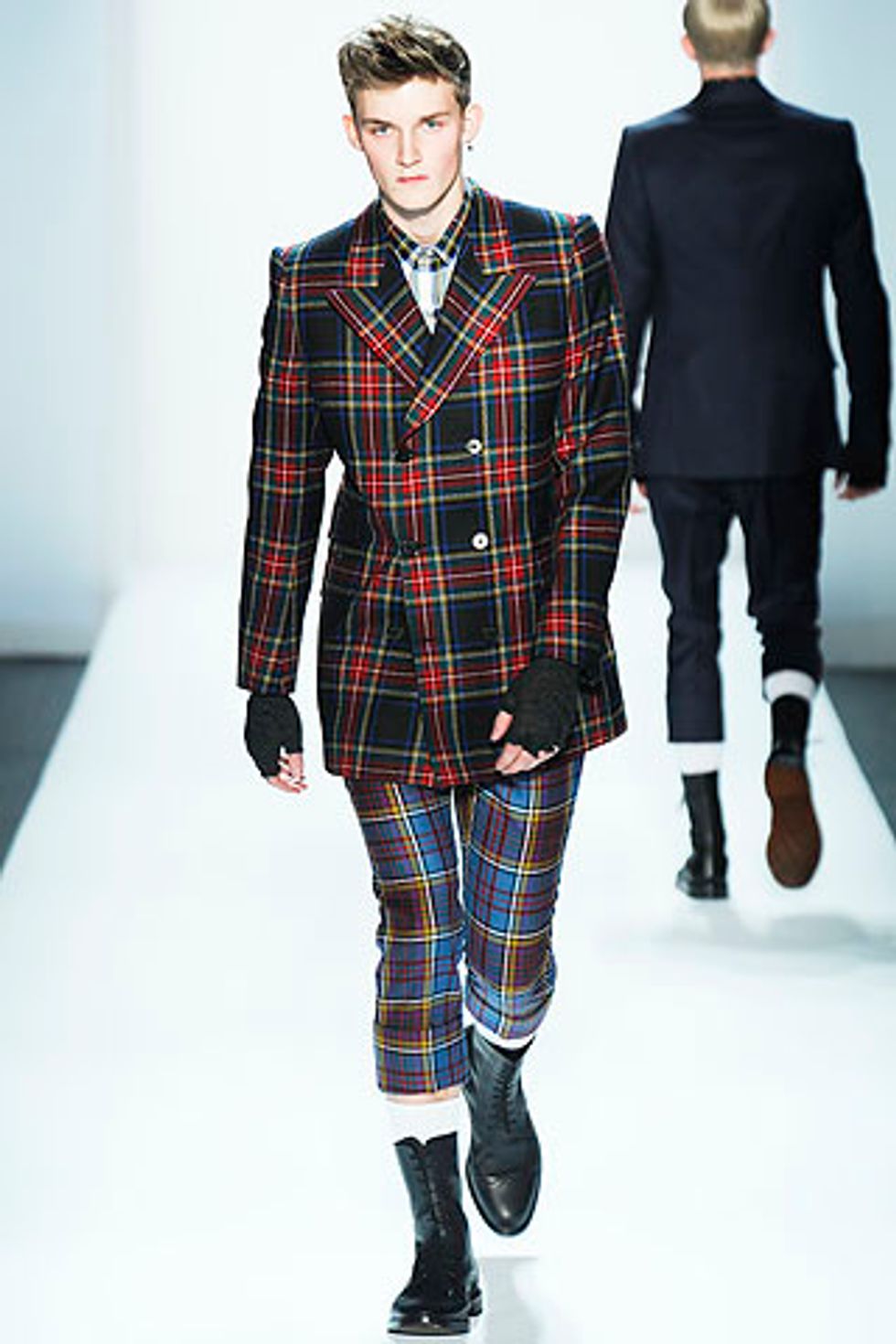 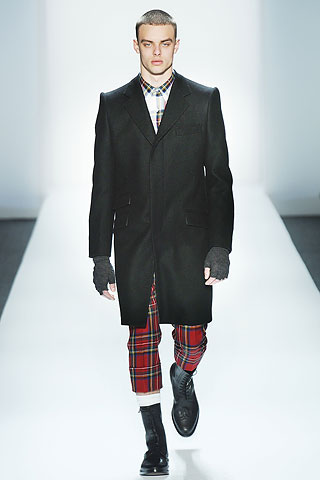 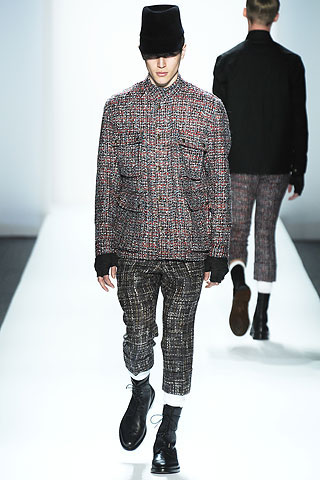 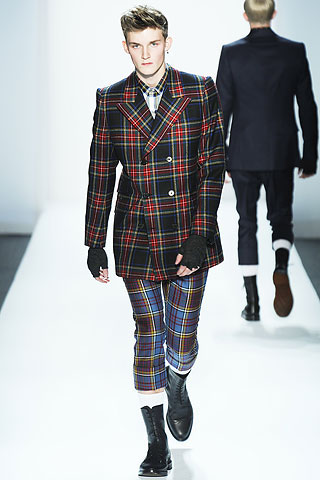 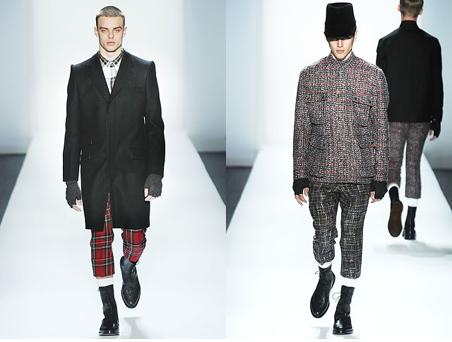