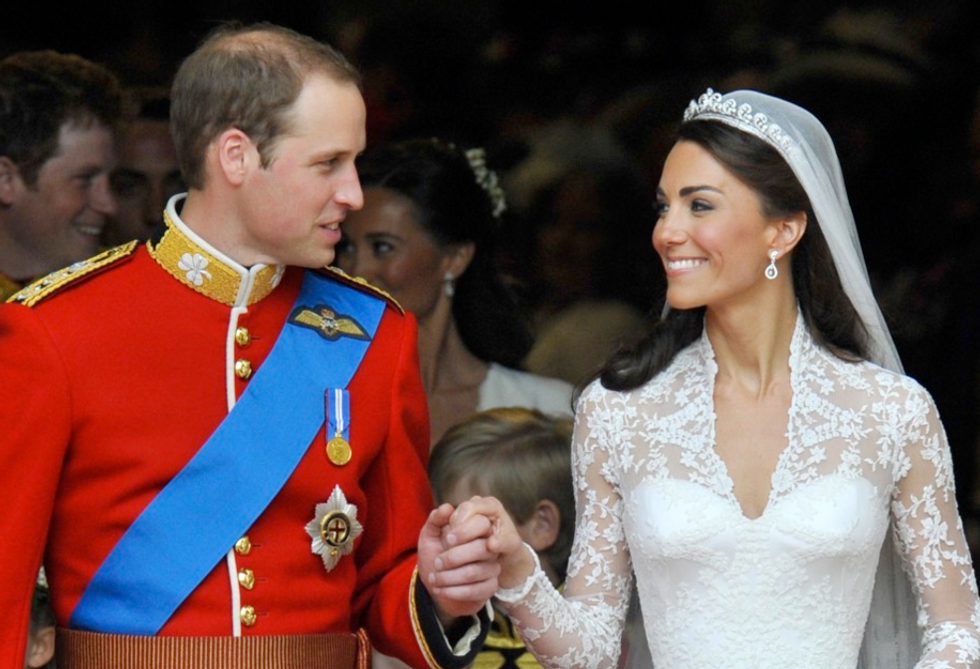 by Carey O'Donnell
PAPERMAG
Catherine, Duchess of Cambridge, morphed into the regal equivalent of a power attorney pantsuit at a royal banquet for the leaders of China yesterday.

For her first official state dinner, Cathy wore a red-sleeved Jenny Packham dress, and a tiara known as the "Lotus Flower," that every article is making SURE to point out is "on loan" from Queen Elizabeth.

Makes it sound like da Queen chucked it at her.

The Lotus Flower had previously belonged to the scalp of the beloved Queen Mother.

In true Kate fashion, she's recycled this precious crown, wearing it now three times since her wedding to Big Willy in 2011.

Here are some pictures of the future Queen of England wavering between "I'd rather be watching Mad Men season 4 on Netflix with a giant box of Nilla cookies...."

As Huff Post UK reports, following the dinner, Kate and Will rolled out in a Bentley, as they should.

God save the Mandarin collar.
You May Also Like
Beauty