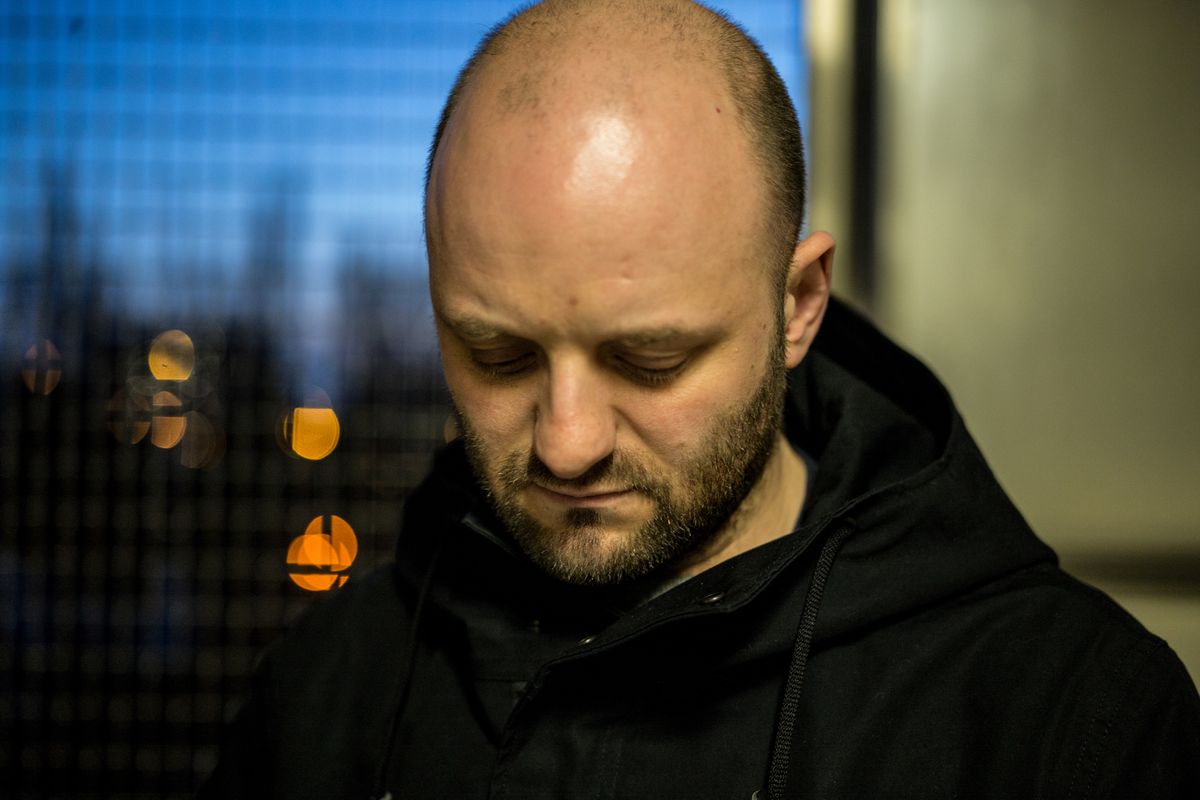 Manchester-based producer Andy Stott may have risen to critical prominence for his deconstructed, dub-leaning techno compositions, but, at this point, he's almost equally as well known for his inability to adhere to the confines of any one sonic palette -- a chameleon on a quest for constant sonic evolution. And one such example of this is his critically-acclaimed April release Too Many Voices, which many deemed a markedly lighter iteration of the desolate, industrial grit he had been exploring for the past few years. However, seeing as how he crafts exclusive, custom sets for specific tours, we still were a little unsure about what to expect at his headlining slot tomorrow at Quo Vadis Productions' Analog BKNY show with Demdike Stare, Vatican Shadow and Becka Diamond, so we caught up with Stott himself to talk everything from his most recent release to his grime-loving gear, as well as where to find him online (answer: nowhere). Read our Q&A with the cult-favorite below to prepare yourself for what's bound to be an earth-shattering show.


Your most recent effort, Too Many Voices, is striking in the sense that it feels airier than previous releases, what spurred this? Were you starting to feel constricted by the dark extremes of your previous work?

No, not at all. After [my previous album] Faith in Strangers I basically tore the studio down and rebuilt it and by that time I had acquired some new pieces of gear. So I think it was a combination of resetting myself and having new things to learn whilst making this record. Everything I was using really lent itself to the mood and feel of the record and [what I did on Too Many Voices] just felt like the natural next step.

There's this narrative surrounding Too Many Voices that early grime, which is primarily associated with the Korg Triton synthesizer, played a big part in its formation. Can you talk a little about that? Why you'd opt to choose these (at times) pretty manufactured-sounding presets as the basis for a lot of this album? It seems like an odd choice for someone typically associated with such dense, intricate sounds.


Well, I bought a Triton for a couple of certain grime sounds, but after getting used to it, I really started to get into the vocal/choral presets that it has. I mean, [I used] the patch on the title track at first [because] I thought was funny. But when I started to play the chords, it actually blew my mind. I was then constantly drawn to these choral sounds that [the Triton contained]. I love how artificial they are, but at the same time they bring a human element. That synth for sure became the backbone of the record.


Texture and mood were pretty disparate between each track -- like everything seems to fluctuate between high or low end. How intentional was this? What was your thought process behind approaching the album this way?


I wouldn't say it was intentional that things fluctuated between the high or low ends, I think it was about creating a balance through the overall feel of the tracks to make the record make sense. My friend Shlom sequenced to record -- he actually runs [my record label] Modern Love and has sequenced all of my records. We makes these records together and he will give me instant feedback because he is hearing from a different perspective than I am. So we are able make changes to tiny details that make a huge difference and all this helps with the way the record flows.

Describe the world you've envisioned on Too Many Voices.


To me it's like an artificial sense of nostalgia.

Are you still into capturing field and room recordings for productions post-Faith in Strangers? Are there any notable ones that figured into Too Many Voices?


I need to go out and spend a day or two collecting new sounds. It is something I haven't done for a while. I don't actually think that there are any on this record, but it is still a process I like to use very much.


What's the weirdest and/or most compelling sound you've captured recently?

I was going through some recordings for the set for this tour and found an older recording -- God knows where from -- and I seem to have recorded two kids arguing. One shouts "get off my phone," but then, [it sounds] as if somebody is standing right next to me and whispering "yes yes yes." It's a really freaky recording. You can hear drums in the distance -- maybe a busker or something, and that's obviously what I would have been trying record. That recording is actually the intro to the set on this tour.

Your production process has been compared to that of a scientist in a laboratory, organic yet methodical. In a time when even club bangers are carrying a socio-political narrative, are you finding it harder to separate personal/outside influences from your process?


The way I'm feeling has never determined what I write, it's the other way around. I will write until it sparks something, then from that point I know how to make it more aggressive, dark, or wherever I choose to take it. Also, Shlom will make suggestions to take it somewhere else, something I would never think of. I love things like that -- you have a beginning and then you have somewhere you want to get the track to, and I like the process of figuring out how to get it from A to B.


I'm curious as to why you don't have a bigger social media presence, especially in this day and age when Twitter feels like the main way a lot of producers keep in contact with the outside world. Do you just find it distracting?


You got it. It's just to distracting, and I'm easily distracted.