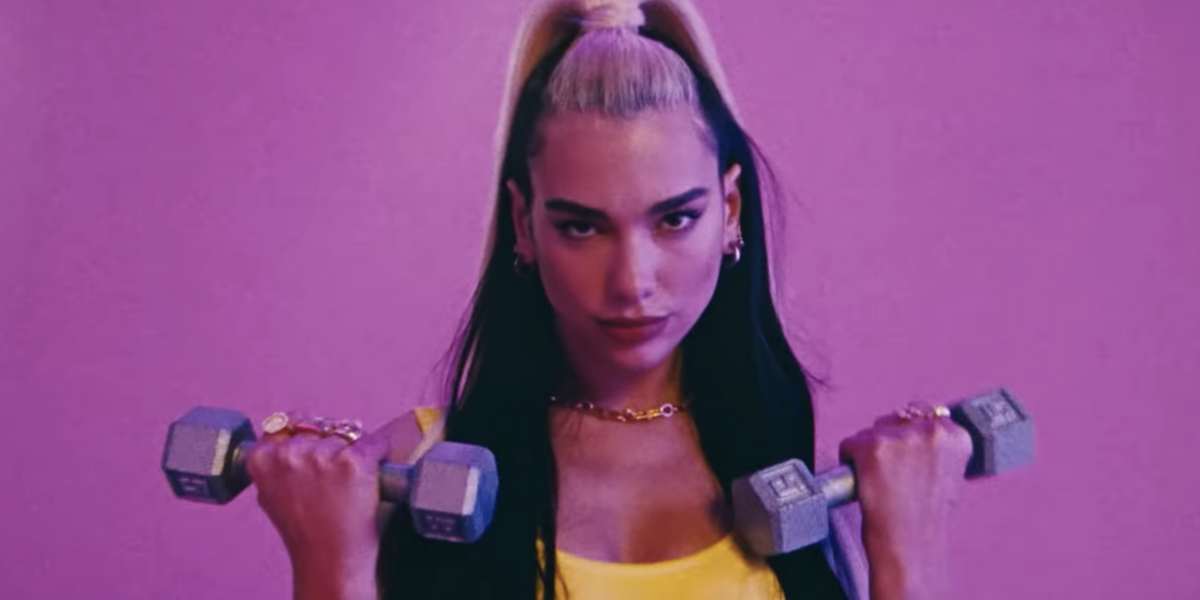 "Hi! I'm Dua, and I'll be your instructor today," the pop star begins her high-concept promotional video for her newest single off of Future Nostalgia, "Physical." Outfitted in a beaming yellow unitard that will surely make an appearance at Fire Island parties all summer 2020 now that she's selling them as merch, Dua's clearly ready to sweat and wants you to join in.

The moves are all-the-rage, too — from the leg-kicking homage "The Fonda," to the club-ready "The Rump Shaker," the video is actually designed to make you move, despite the high-camp imagery and theming. It further leans into the rainbow-filled aesthetic of the official "Physical" music video that nearly broke gay Twitter several weeks ago. She knows exactly what she's doing, and we stan— this new era is hyper-inclusive and disco-fueled, preparing us for Pride month before it even starts.

Future Nostalgia doesn't come out in its final form until next month, dropping on the first New Music Friday of April. The record features songwriting credits from industry powerhouses like Julia Michaels and Sarah Hudson, but for fans eager for a new dose of Dua right this second, have no fear: her remix of "SUGAR" with Brockhampton also dropped last night and it's heavenly.

After your Dua workout — which, if we're being honest, is more intense and gay than CrossFit — keep your heart rate high and buy out her new merch site for three sets of eight reps each, followed by a cooldown period for your bank account. You'll thank me later!