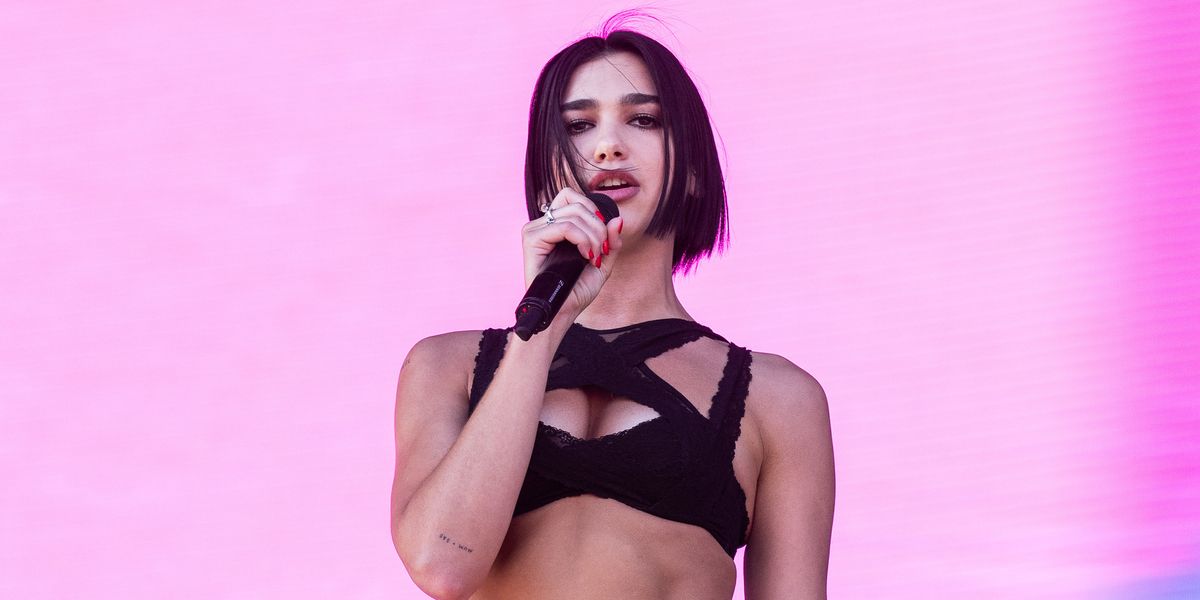 Dua Lipa Responds After Fans Were Kicked Out of Her Show

Lipa was responding in the moment to the forcible ejection of fans at her show last night. While it isn't exactly clear why security began to remove groups of people from the concert, many reported on social media that the targeted fans were waving rainbow LGBTQ flags while others were simply just standing up in their seats. The security guards were described as being "heavy-handed" putting attendees in headlocks and dragging fans out of their seats.

I just CANT believe it. This is the show of Dua Lipa in Shanghai. All the fans are forbidden to stand out and could only sit on to see the show?!? If you don’t, the guard would use violence to kick u out. It’s unbelievable... #dualipa pic.twitter.com/quITZNLVxU

At @DUALIPA 's shanghai tour, few people been kicked out by the safeguard because they're waving Rainbow Flag #Dualipa #LGBT pic.twitter.com/3zhWXnaadK

Homosexuality was declassified as a mental illness in China in 2001 but there currently laws on the books that protect LGBTQ rights either. It may not be illegal but same-sex couples are still not afforded the same rights as heterosexual couples in China such as marriage, adoption, and other legal protections. Public attitudes are shifting to a more favorable light but resistance from authorities is still common.

Dua Lipa posted a longer statement today to Instagram expressing her horror at the events that transpired. "I would love to come back for my fans when the time is right and hopefully see a room full of rainbows."