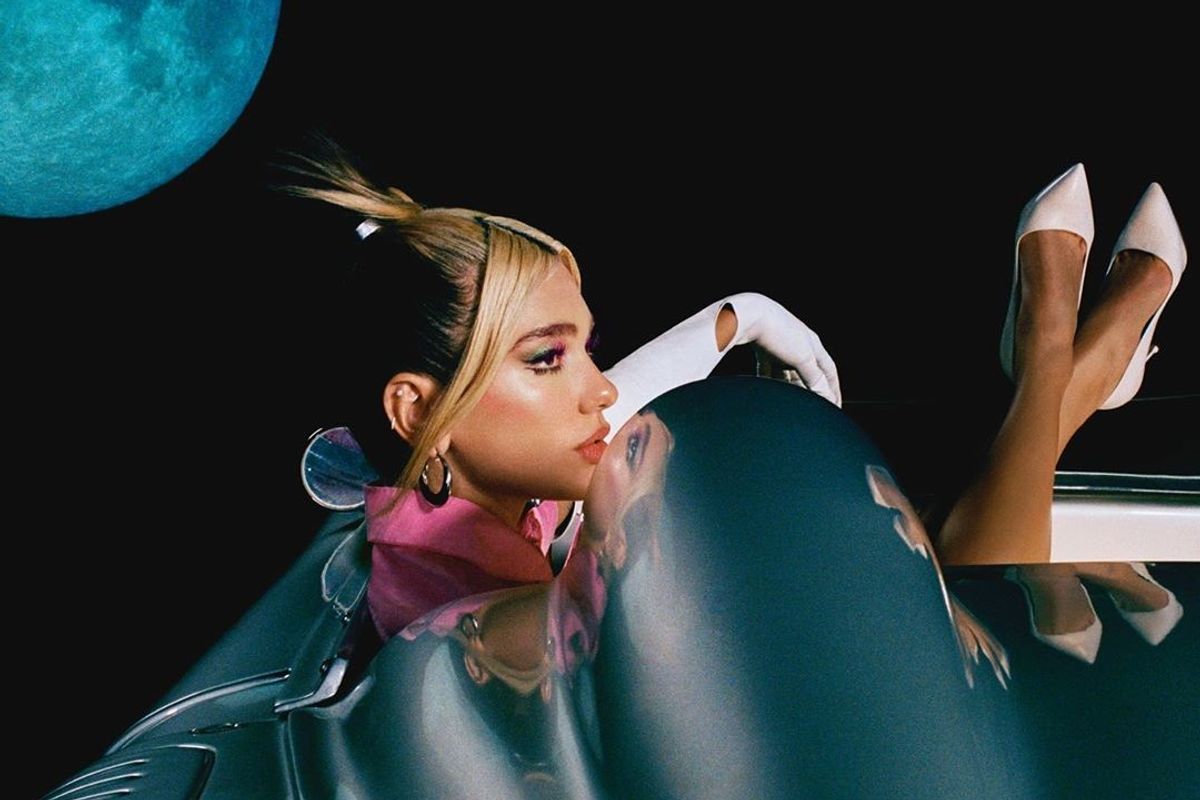 Dua Lipa spilled a little tea on Billboard's most recent episode of the Pop Shop Podcast, letting fans in on a well-kept secret: not only is the rollout for Future Nostalgia far from over, but she's been working on a new music video while in quarantine. Stans, keep your fingers crossed for "Levitating."

Nobody's really doing it like Dua has been when it comes to music videos lately, and that's just a fact — the visuals for "Physical" and "Don't Start Now" kickstarted her sophomore record era with a big aesthetic bang, tying together the retro ends of electro and disco-pop influences on the singles.

The album didn't disappoint, but its rollout has been noticeably impeded by the outbreak of COVID-19. Like many artists, Dua ended up postponing her tour indefinitely. Now the gays can only dream of what it would have been like to flail around to "Physical" during the peak of the summer Pride festivities. Dua's apparently not letting the quarantine take anything else away from this era's success, though.

While she vows to keep the new video a secret for the time being, she explained that "it has its own story" and is indeed being produced in isolation. Her most recent video for "Break My Heart" was a high-concept thrill ride punctuated by the dance floor-ready beats that guide the majority of the songs on Future Nostalgia, so a pared-down visual will surely feel different: no big sets, no crowds on roller skates.

Fans on Twitter are already chanting for the next single to be "Levitating," but only time will tell which of the record's 11 tracks will make the cut. Until then, stream on and keep Future Nostalgia in the Top 10 where it belongs.