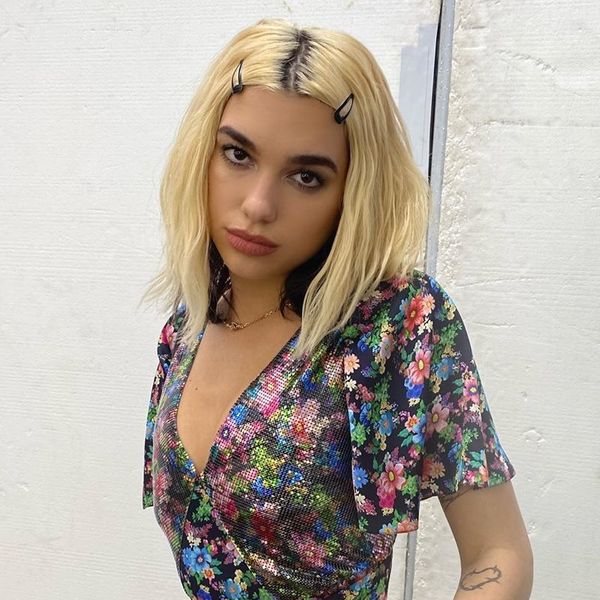 You Can Battle Dua Lipa at Dance Dance Revolution

Now, as the star's lead single "Don't Start Now" continues to rise on the Billboard Hot 100 — nearly eyeing up Roddy Ricch's No. 1 spot — she's announced a lineup of VIP Packages for her European tour this spring. It's Dua Lipa, so fans knew they wouldn't be buying just your average meet & greet ticket, but nobody anticipated a ticket option with a chance to battle Dua herself in Dance Dance Revolution.

It truly is the RAWRing 20s, and Dua Lipa's concert is ushering in a DDR comeback. The arcade game's popularity peaked decades ago now, having first debuted back in 1998. While some younger Dua Lipa fans may not have even played the game when it was first released, now's their chance to experience some real culture.

There are several tiers of VIP packages for the European leg of the Future Nostalgia Tour, but "Dua's House Party" is the hot ticket that offers fans "the chance of a live dance-off with Dua on Konami's Dance Dance Revolution!" The top-tier ticket comes with a plethora of other perks, including a choreography lesson and a group meet & greet. At one Amsterdam concert, the package retails for around €310.00.

While the package is pricey, there's surely a market for a DDR competition with Dua Lipa as the final boss. Fans are already buzzing on forums with talks of strategy, with her biggest stans hoping to get the chance to not just meet & greet, but meet & beat her at her own game.