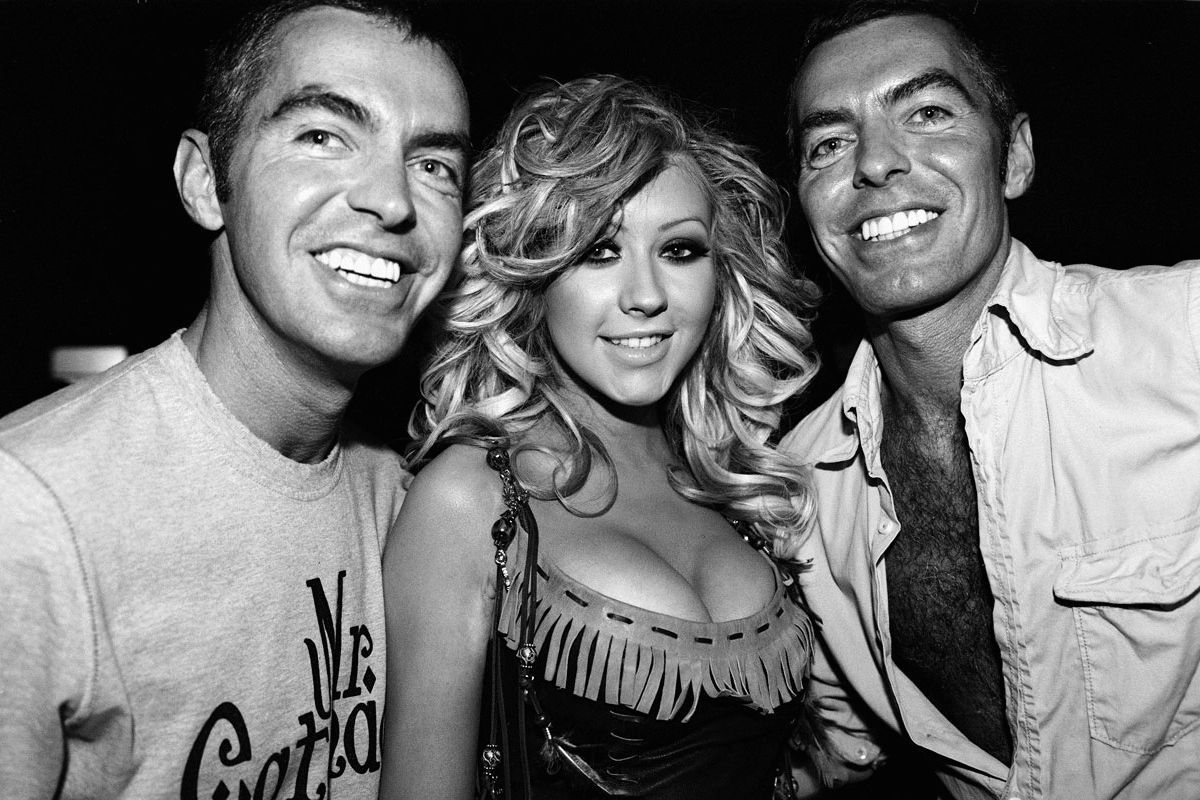 Reaching the 25-year mark is a crowning achievement for any fashion brand these days, particularly one who remains privately owned and fiercely independent.

For twin brothers Dean and Dan Caten, who are celebrating their label Dsquared2's 25th anniversary this year, much of that success can be attributed to the music world's most iconic women who have supported them throughout their careers.

Legends like Madonna, Britney and Christina have all helped propel the Catens' brand into the global mainstream, while supermodel Naomi Campbell's famous opening walk for Fall 2004 cemented its place in fashion history.

It's been a wild ride for the designer duo, who were raised in a small town in Ontario, Canada, went to New York to study at Parsons and moved to Italy where they remain and show today. From their menswear roots, Dsquared2 now encompasses an entire lifestyle offering including womenswear, beach/ underwear, children's and fragrance.

To commemorate 25 years in business, PAPER caught up with Dean and Dan to reflect on some of their biggest pop culture/ celebrity moments and how they impacted their careers.

When They Dressed Madonna Early in Their Careers

Dan: Working with Madonna was an honor and an essential moment for our career. Still overwhelmed by that emotion. We weren't that well known at that time. Jamie King, her creative director and a friend of ours, called asking for some of our men's collection. We selected some looks for her and sent everything right away. She started by wearing our jeans and ended up customizing some items for her 2000 "Don't Tell Me" music video and for a segment of her Drowned World Tour. That drove us to start designing our womenswear line.

When They Designed Costumes for Christina Aguilera's 2003 Stripped Tour

Dean: Oh such a great voice and charming girl! We had the chance to work with her on The Stripped Tour; it was so much fun, she gave us so much energy in that occasion that we decided to ask her to walk down the runway for us and she just said, "Would love it. I'm already on my way!"

Dean: We asked Naomi if she would consider opening the show, to which she agreed, and the rest is history! Once Naomi said she would do it, all the girls wanted to do the show. Casting was incredible! It was kind of a New York moment happening in Italy! Definitely another important milestone in our career.

Dan: We loved that experience! We adore Fergie — she's a friend and being a part of her video was such an experience! The music video clip was done in the style of a pop-up book; to conclude the video, Fergie was getting ready on a rooftop photo shoot dressed in Dsquared2 and we were part of it, helping styling her! We can still remember now exactly how we felt and how comfortable we were in that situation. It was so much fun!

When They Designed Costumes for Britney Spears' 2009 Circus Tour

Dean: We have been honored to work with amazing talented artists all over the world and Britney is definitely one of them! We were tremendous fans of hers, and had been waiting for the perfect opportunity to collaborate. We searched for a different interpretation for her tour, starting with the traditional idea of the circus and then abandoning it as we wanted to create something much more provoking. Working with Britney was a dream come true!

Dan: We have always been crazy about Beyoncé, and customizing the opening look for the World Formation Tour was such a huge thrill and honor, especially after having already created earlier that year the leather warrior jacket for her electrifying Super Bowl performance. The Tour look told a story, drawing from the motifs of Dsquared2 Victorian women's runway collection while at the same time, visualizing the powerful themes in her new music.

We gave attention to volume on the shoulder and enriched everything with precious details. She had to dominate the scene with strength, but also with such a unique femininity that honestly, she has within herself in a natural way. She is amazing. It was really exciting to see the looks coming to life on stage — especially when she opened the show in full Dsquared2!

When They Met Queen Elizabeth II in 2017

Dan: We met the Queen for the 150th Anniversary Celebration of Canadian Independence in London. When she entered the room we heard someone whispering to her that we were two famous designers. We casually started talking to her – we remember her good sense of humor, her modesty and her impeccable bearing. Having the chance to meet her and having a small conversation even if just for a little moment has been a unique once-in-a-lifetime experience that for sure we will never forget.

When Cher Starred in Their Campaign for the First Time

Dean: The Dsquared2 Spring 2020 campaign was about D2 TALENTS and among all artists involved, we had the opportunity to work with Cher. You know, Cher is beyond, she is a cultural phenomenon. Everyone knows her for her over-the-top glamour but for the campaign we wanted her in just jeans and a sweatshirt, giving space to her inner light that needs no sparkle.

We were so excited to work with her and she was amazing because she unknowingly inspired everyone on the set. Being together with one of our favorite muses for our ad campaign was such a stunning and memorable moment. We were really excited and tried to hide it because at the time we also felt like two big fans.